Why Winston Churchill is so fondly remembered in Missouri 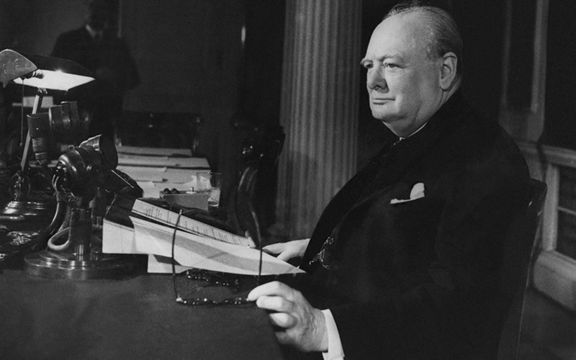 The Winston Churchill Memorial and Library at Westminster College, Fulton, Mo., continues to grow at the Presbyterian school where Churchill made his famous “Iron Curtain” speech on March 5, 1946.

On Tuesday, March 5th, 1946, reporters from the world press gathered to hear Winston Churchill deliver his “Sinews of Peace” address.

They intently followed along on their prepared copies of the speech until they were startled to hear these words, dropped in unexpectedly, about three-fourths of the way through: “From Stettin in the Baltic to Trieste in the Adriatic, an iron curtain has descended across the continent…”

It was the first time the words “iron curtain” were uttered—and they were not in the Palace of Westminster but at Westminster College, a Presbyterian school in Fulton, Mo., a town with a population of about 8,000.

Churchill’s invitation to visit Westminster College in 1946 had come from its president, Franc L. “Bullet” McCluer—with an added postscript from President Harry Truman: “This is a great college in my home state. Please say you’ll do it.”

Having led Britain to World War II victory as prime minister, then been voted out of office, Churchill was not a happy man. He needed a world stage to present his views on growing Soviet expansion and to ensure that the United States would remain Britain’s ally. Out of many invitations, he accepted this one to Westminster College, where he would also receive an honorary degree.

Fulton had sprung into action. Banners were lovingly hand made, and thousands of sandwiches and barrels of coffee prepared, although much of the food eventually went to charity, as thrifty visitors brought box lunches. Residents were urged not to park on the streets and to see that fires did not break out.

With Truman at his side, Churchill rode into town in an open car, cigar alight, famous V-sign flashing, to cheering crowds. He spoke in the school’s gymnasium since the auditorium was too small. Then he ate a ham dinner at the McCluer home and departed, with the hope that he had presented some “thinking that would make history.” Make history it did, as the Fulton speech is generally considered to mark the start of the Cold War. 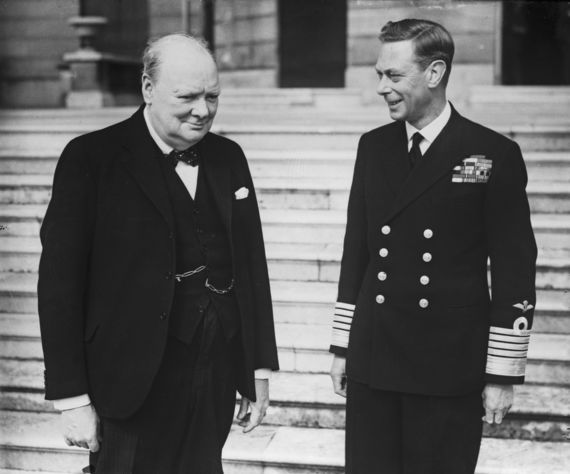 The 60th anniversary of that memorable address was recently marked at the college, at its Winston Churchill Memorial and Library, actually, a 12th-century church moved from London and added to the campus in the mid-1960s. With the memory of Churchill’s visit beginning to fade, college administrators had looked for some way to commemorate the Iron Curtain speech.

They found that they could save Church of St. Mary the Virgin, Aldermanbury—all but destroyed in 1941 by a firebomb during the London blitz—from demolition, and move it to the Fulton campus. Churchill approved of the idea, realizing the significance of rebuilding out of the rubble of the Cold War that he had portended from the college’s podium almost two decades earlier.

Photographs showed the devastated building on-site, all but demolished by the blitzkrieg, its pillars, and partial walls the only recognizable part of this church that originated in the 12th century, where William Shakespeare may have worshipped and poet John Milton was married.

It had already been resurrected once before; after the Great Fire of London in 1666, the church was redesigned by Sir Christopher Wren and rebuilt on its medieval foundations.
Not everyone was in favor of putting together the “biggest jigsaw puzzle in the history of architecture.” A London architecture student noted, “Hauling all of this rubble to America seems frightfully expensive.”

But it was accomplished: Brick by brick the church was dismantled, shipped, and reconstructed on the Fulton campus.

What does the museum include?

Museum visitors can operate a real magic lantern to see childhood pictures of Churchill. They spin a wheel called “Where in the World Is Churchill?” to find him enjoying a cigar in Cuba or escaping from a prison camp in South Africa. As World War I begins, Churchill is First Lord of the Admiralty but is dismissed after the failed assault on the Dardanelles and the slaughter at Gallipoli.

He is made minister to the Duchy of Lancaster without a portfolio, a low point in his life. His battered briefcase from that period is on display. Later he serves as a battalion commander on the Western Front in France before being recalled into government as minister of munitions.
A map exhibit explains the complexities of World War I, of which Churchill said, “War, which used to be cruel and magnificent has now become cruel and squalid.”

He helped to create a new Royal Navy Air Service and gave planes air combat and bombing capabilities. A look through a trench periscope in the museum reveals a World War I propaganda film.

Havers notes that after World War I, Churchill was the central architect for the creation of the nation of Iraq in 1922. “He helps draw the borders and allocate the populations,” he says. “He does the same with Ireland.”

The Gathering Storm exhibit, describing the events leading to World War II, starts with a relatively benign photograph of Adolf Hitler and proceeds to marching storm troopers, loudly-sung German patriotic songs, and finally, Hitler as a ranting demagogue pictured on a series of tipsy pillars. 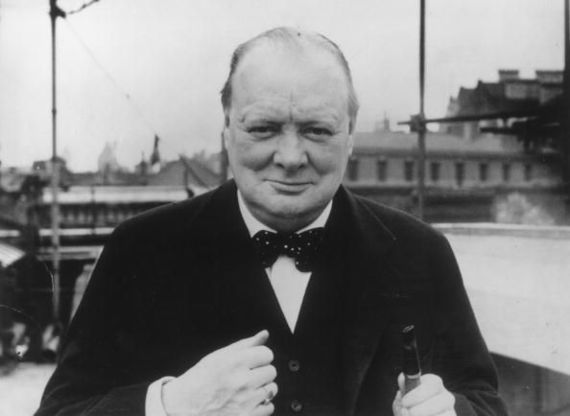 “Hitler is an equivocal character in the 1930s to many in Europe,” Havers says. “He’s a good thing in many ways, putting Germany back on its feet, keeping communism out. Churchill is one of the few people saying that this guy is going to be a real problem in the future. He sees him with a degree of clarity that many people don’t. Students ask how the Germans, a civilized, democratic society, could vote in Hitler.

What is it about the Nazi party that’s so seductive?”

In this part of the museum, London is seen in the blitz, and Walter Cronkite narrates a film. Youngsters can go on a spy mission and learn to identify planes. The museum tour finishes with Churchill as an artist, author, and journalist. Two of his paintings are on display. In a replica of a gentlemen’s club, visitors can read many of his notable quips and see a cabinet full of mugs, teacups, plates, and statues, all bearing Churchill’s determined face.

“Churchill did not start the Cold War and he did not finish it,” Havers says, “but he did see it coming, sounded its early warning and defined the central problems that would occupy the leaders that followed him.”