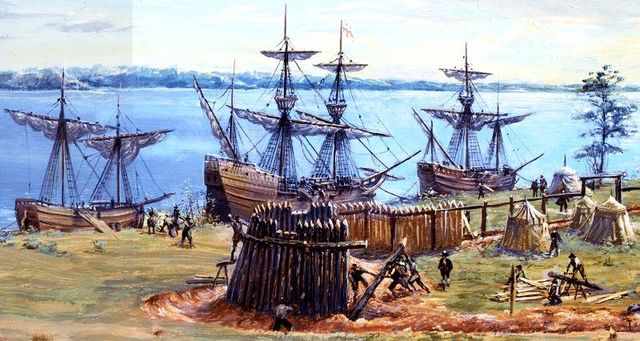 What was life really like for people in Britain during the 1600s, those British who emigrated to America?

Four hundred years ago in 1607 people in England did not know that half the world existed. It would be more than a century before Captain Cook explored the South Pacific. It would be 200 years before Lewis and Clark would cross the American continent. There were no toaster ovens, newspapers or cell phones, no GPS or jumbo jets, no electricity or refrigeration, let alone television or instant global communications. Word traveled no faster than a horse or a sail.

Among the many events surrounding America’s 400th anniversary, back in 2007, the dramatic exhibition galleries at Jamestown Settlement opened. The halls contained 30,000 square feet of exhibit space dedicated to “The World of 1607.” A new introductory film, 1607: A Nation Takes Root, provides an overview of the first two decades of the Virginia colony and the cultures that converged there: the indigenous Powhatan Indians and the first documented Africans from Angola, as well as the early English settlers.

Read more: King Edward II and Piers Gaveston, the real story of the King and his husband

Jamestown’s waterfront discovery area highlights 17th-century water travel, commerce, and cultural exchange, with interactive exhibits on navigation and cargo. Exhibits also explore overseas trade and colonization and advances in cartography and ship design. The story of the Virginia Company is told in a re-created English manor house. (British Heritage readers who visit can decide for themselves how much the re-creation resembles the original Otley Hall [see British Heritage November 2006].) A short film, The Crossing, describes the historic 1607 voyage to Virginia. More than 500 artifacts from the 17th century enhance the exhibits, videos, dioramas, and reconstructions in the new Jamestown Settlement galleries.

Artifacts and re-creations can only go so far, however, in conveying a sense of time and place over the distance of 400 years and 4,000 miles. What was the world really like in 1607?

About this time of year four centuries ago, 104 young men and boys aboard Susan Constant, Godspeed and Discovery were making their way toward the tidewater of Chesapeake Bay. The Virginia Company of London had won its charter, and the tiny flotilla had set sail from London in December 1606. Its purpose was to establish the first English settlement in the New World. The fleet admiral was Christopher Newport, sailing on Constant. The motive force behind the Virginia Company, however, was Vice Admiral Captain Bartholomew Gosnold aboard Godspeed. His story, of course, we have told (British Heritage November 2006).

The London they left behind was in some turmoil. King James I had come down from Edinburgh a few years before, after the death of Queen Elizabeth. He was still putting his personal imprint on the monarchy, filling his court with Scottish favorites, spending lavishly and giving out honors and titles with unprecedented generosity—and unnerving the English political establishment.

Before he came down from Edinburgh, where he was King James VI of Scotland, James had written The True Law of Free Monarchies, in which he defended the divine right of kings as an insoluble part of apostolic succession. His belief in his own divine right brought him into real conflict with an English Parliament that had long ago limited the power of its monarchy, especially when it came to taxes. James’ belief in his royal prerogatives not only created policy conflict, but it also gave him an attitude.

Out in the shires, and back in the East Anglian villages of Essex and Suffolk, where most of the young Virginia Company adventurers called home, life remained largely unchanged from monarch to monarch, year to year, generation to generation. It would be another half-dozen generations at least, before the first effects of the Industrial Revolution would begin to draw people off the land to the towns and emergent factories and mills, bringing such things as manufactured cloth, dishes, and tools.

In 1607 most of England’s population was rural, living in manorial villages and on the farmsteads of large estates, spread out across the countryside. There were few towns as large as 1,000 people. Apart from the capital, Bristol and Norwich were the only “big” towns. Wealth lay in the land; living lay in farming it. The agrarian economy, way of life and quality of life in the early 17th century remained largely unchanged from what it had been two centuries earlier. It would be 200 years more before the introduction of elementary machines like the seed drill would begin to transform the way the land was farmed.

The one element of life that had changed dramatically over the last two generations was religion.

Through the reigns of Henry VIII and his children, the country’s formal ecclesiastical allegiance had switched four times. Religious passions were still strong, and nearly everyone from the court to the croft believed their personal convictions held eternal consequences. In the Suffolk town of Bury St. Edmunds, where Captain Gosnold went to church with his family, the churchyard contained the remains of men who had died in flames at the stake within living memory for their Protestant convictions under Catholic Queen Mary. An early 20th-century monument honors their memory in the close of St. Edmundsbury Cathedral.

In the East of England in particular, a desire to distance the local church from Catholic worship and doctrine was strong; it was a hotbed of Puritanism, fueled at Cambridge University. In 1603 the new English king had been presented with the Millenary Petition, signed by 1,000 Puritan clerics and lay leaders, requesting more reforms for the Anglican Church. At the Hampton Court Conference of 1604, James rejected most of their demands. Hundreds refused to comply, and more than 100 clergymen lost their living within the Anglican Church. Dissenting congregations grew—the folks who became Congregationalists and Baptists.

Scottish Presbyterians wanted a Presbyterian form of church government; the Anglican conservatives wanted to impose bishops on the Kirk of Scotland. Catholics and dissenters sought freedom of conscience and of worship. What King James I wanted was control. Under James’ rules, all were coerced into worshiping in the Church of England.

Up in Lincolnshire, local congregations of dissenters in the villages of Scrooby, Babworth, and Austerfield determined together to leave their homes and homeland to find freedom to worship as they chose. We know them as the Pilgrims. It is their 400th anniversary too. After elaborate preparations had been made, in the autumn of 1607 they quietly slipped away from their villages and made their way to the coast just above the small port of Boston, where a Dutch ship was waiting. Even fleeing, however, violated James’ law. When their plans were betrayed, the groups’ leaders, William Bradford, John Robinson, William Brewster, and others, were imprisoned in the Guildhall in Boston (where the courtroom and their jail cells can still be seen), and the families were forced to return home. The next spring they made their escape successfully and re-formed their community at Leiden in the Netherlands. In 1620, of course, some in the company would sail Mayflower across the Atlantic.

Back onboard Godspeed, it was not religious freedom that motivated the sailors and settlers, but commerce. The Virginia Company was a stock company aiming to make money. Theirs was an economic migration, seeking a better life in a New World. They sailed without medicine; there were no antibiotics, no anesthetic and no analgesic stronger than alcohol. It would be nine years before William Harvey announced his discovery of the circulation of the blood, and 200 years before the germ theory of disease was widely accepted. They sailed without communications; there was no telephone, radio, radar or satellite navigation. Captain Gosnold could determine latitude with a sextant, but it would be a century and a half before navigators could measure longitude. There were no manufactured goods aboard; every shoe and shirt, nail, barrel, and tool was the product of an artisan.

Through the 1600s, tens of thousands of English settlers would follow the Jamestown adventurers and the Pilgrim congregation in the dangerous crossing to the New World—in just the same way and for the same reasons. They came for land and a better life, and they came for freedom from the religious conflicts that would embroil England in a long and bitter civil war. With few and rudimentary possessions and little knowledge of their destination, they set out for a journey of months under sail on the cold Atlantic waters. 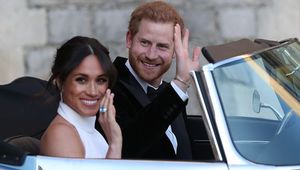 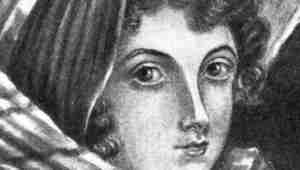 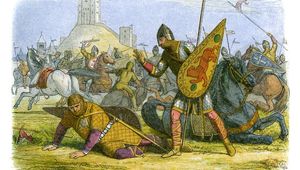 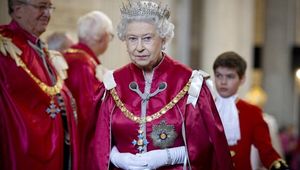