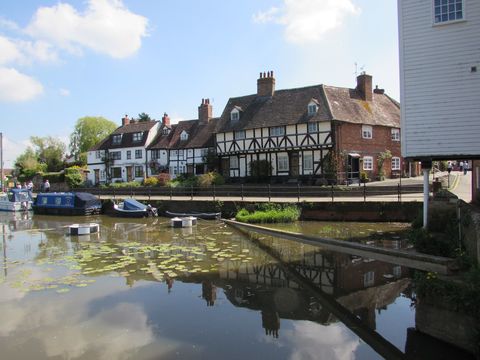 Siân Ellis visits the historic town Tewkesbury, in Gloucestershire and discovers a destination with lots to offer visitors.

A superlative Norman abbey and a pivotal battle of the Wars of the Roses put Tewkesbury on the map. This lovely Gloucestershire town, at the confluence of the rivers Avon and Severn, is also a curiosity-seekers delight: medieval, Tudor, Georgian and Victorian buildings run hugger-mugger-style along streets, while alleys and quirky museums reveal hidden histories. 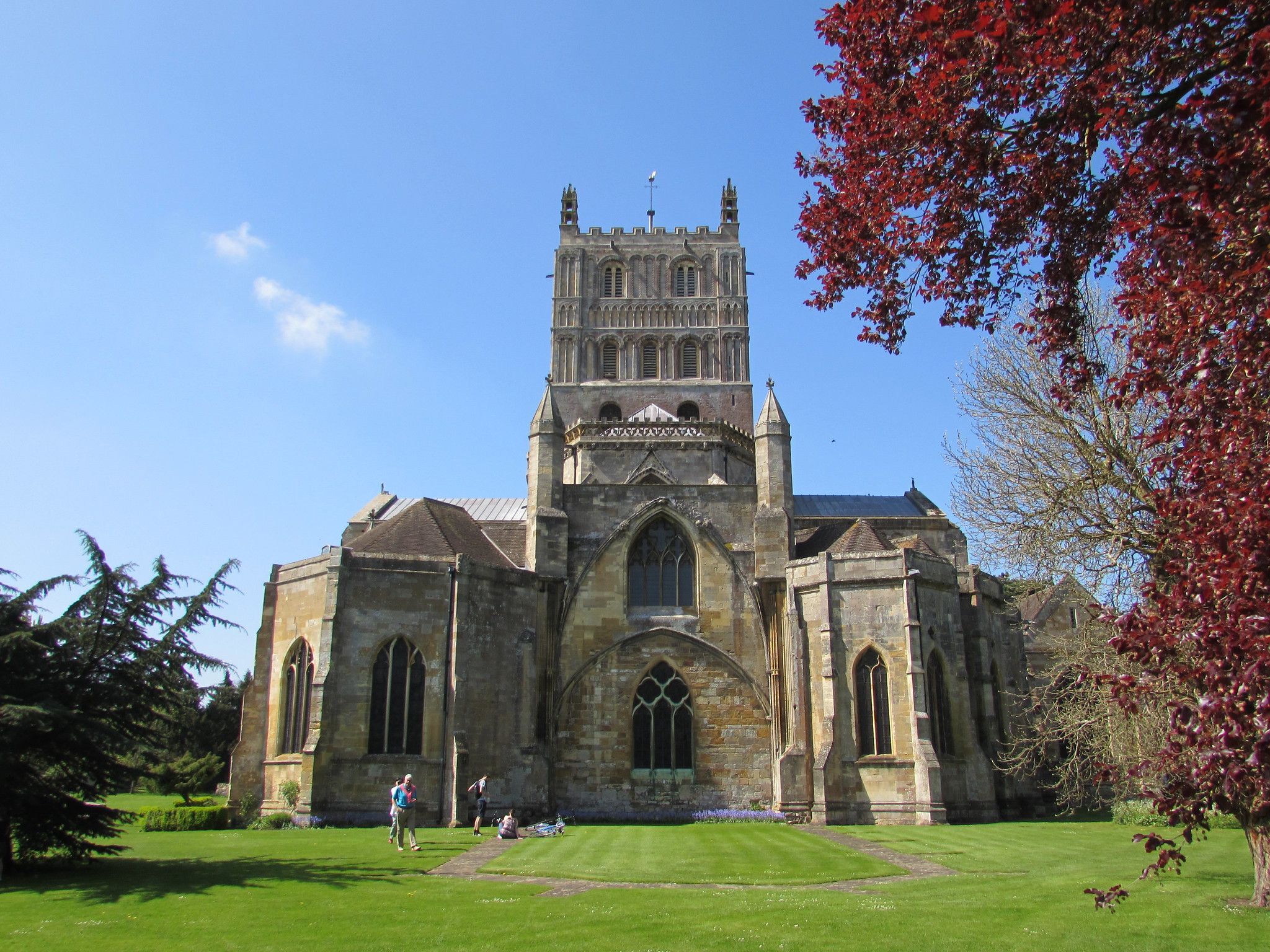 If you arrive by car in Tewkesbury, park in the Vineyards car park (down Gander Lane, off Church Street) and you’ll immediately be in one of the best places to photograph the abbey across the meadow – its colossal Romanesque tower rising high above a brood of 14th-century chapels gathered around its quire.

A minute’s walk then brings you to the arched abbey entrance and into the nave where gigantic Norman columns stand stolidly beneath elaborate 14th-century vaulting. There is plenty to admire: from roof bosses representing the life of Christ to fine medieval, Victorian and modern stained-glass windows.

Christian foundations in the town date back to the 7th century when a missionary from Northumbria, called Theoc, settled in the area, which was subsequently named Tewkesbury. The building of the present abbey began in 1102 and it was saved from destruction at the Dissolution (1540) when local townspeople bought it from Henry VIII for £453 (the value of its lead and bells) to use as their parish church.

Continuing your abbey tour, you’ll spot numerous memorials to royalty and nobles, not least the brass plaque in the quire marking the burial of Edward, the Lancastrian Prince of Wales killed at the Battle of Tewkesbury, in May 1471.

Look up and you’ll see the Sun in Splendour gazing down from the vaulted roof above, an emblem of the House of York, installed by Edward IV to commemorate the victory that had effectively sealed his triumph in the Wars of the Roses. “Now is the winter of our discontent / Made glorious summer by this sun of York.” Many vanquished Lancastrians fled the battle into the abbey to seek sanctuary; not all received it.

After a mid-morning cuppa in the Touching Souls Tea Room beside the abbey, military history buffs might then follow the waymarked Battle Trail, easily joined from the Vineyards car park: through fields to locations like The Bloody Meadow were “right a sharp shower of arrows and shot of guns” gave the Yorkists the upper hand on that fateful May 4th day.

Or simply head along Church Street to Tewkesbury Heritage Centre, located in a restored 17th-century home and shop. Portable media players will introduce you to Bartholomew Read, the glover who once lived here. Aside from providing useful tourism information, colourful displays here tell the back-story of the house and the town: from riverside port to bustling centre for mustard making, brewing, and knitting stockings. You can still buy artisan Tewkesbury Mustard, including edible-gold-wrapped balls, as once gifted to Henry VIII on a visit to the town in 1535. 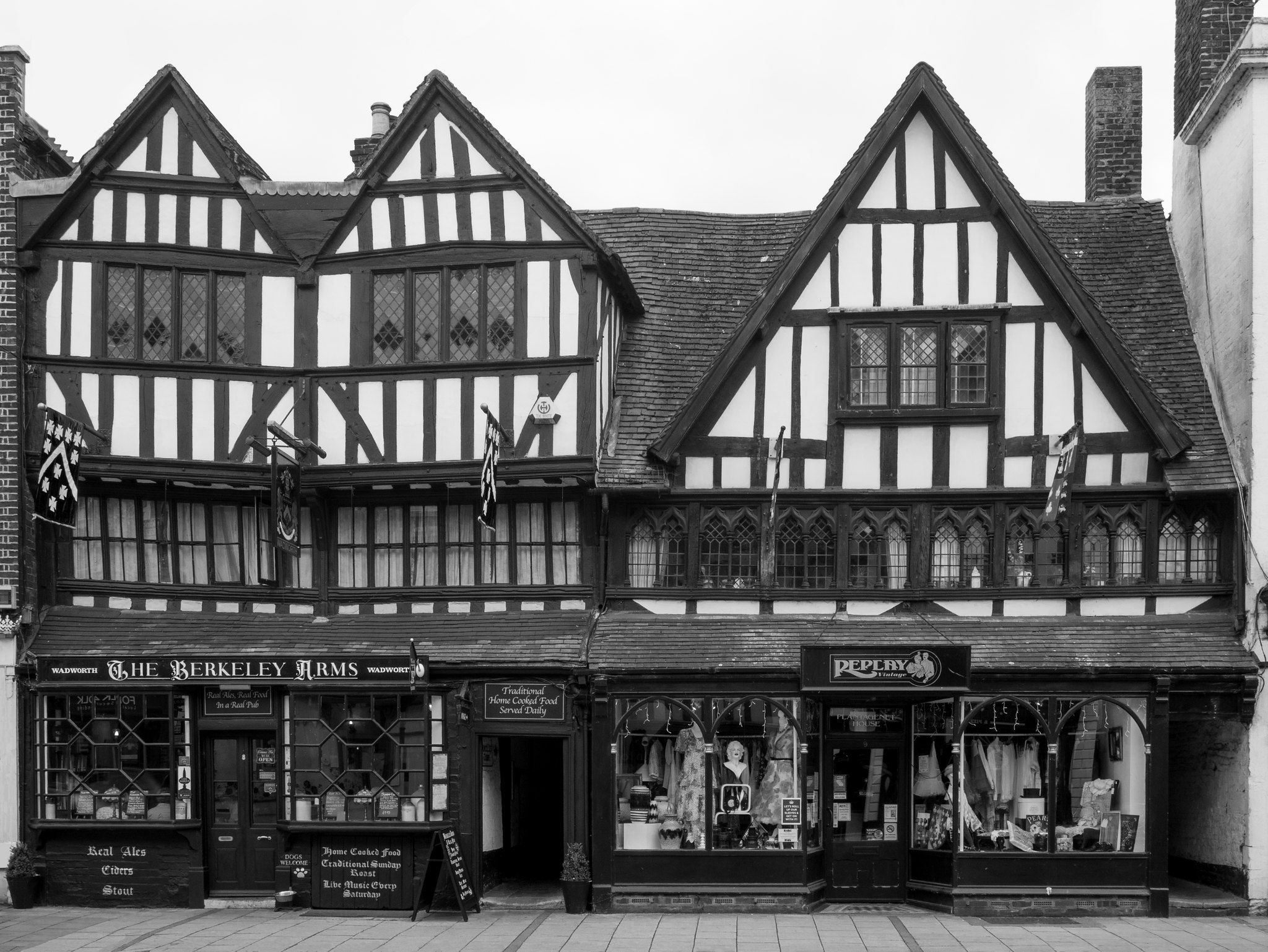 If that whets appetites, then lunch options offer plenty to sate: from home cooking and real ales beneath oak beams at The Berkeley Arms opposite the Heritage Centre, to paninis and the eponymous comfort food of crumpets, in a 16th-century cottage on St Mary’s Lane.

Eateries in Tewkesbury are worth visiting for their historic tales as well as their tasty fare. The medieval Nottingham Arms, on the High Street, for example, serves classic pub grub (homemade pies to vegetarian bakes) and a rich line in ghost stories, including “the sighing man” at the bar and “the boy up the chimney”. The Royal Hop Pole, on Church Street, now a Wetherspoon pub serving good-value meals, is renowned as the coaching inn where Dickens’ Mr Pickwick and pals stopped to dine, “upon which occasion there was more bottled ale, with some more Madeira and some port besides…” They subsequently sang duets and fell asleep. 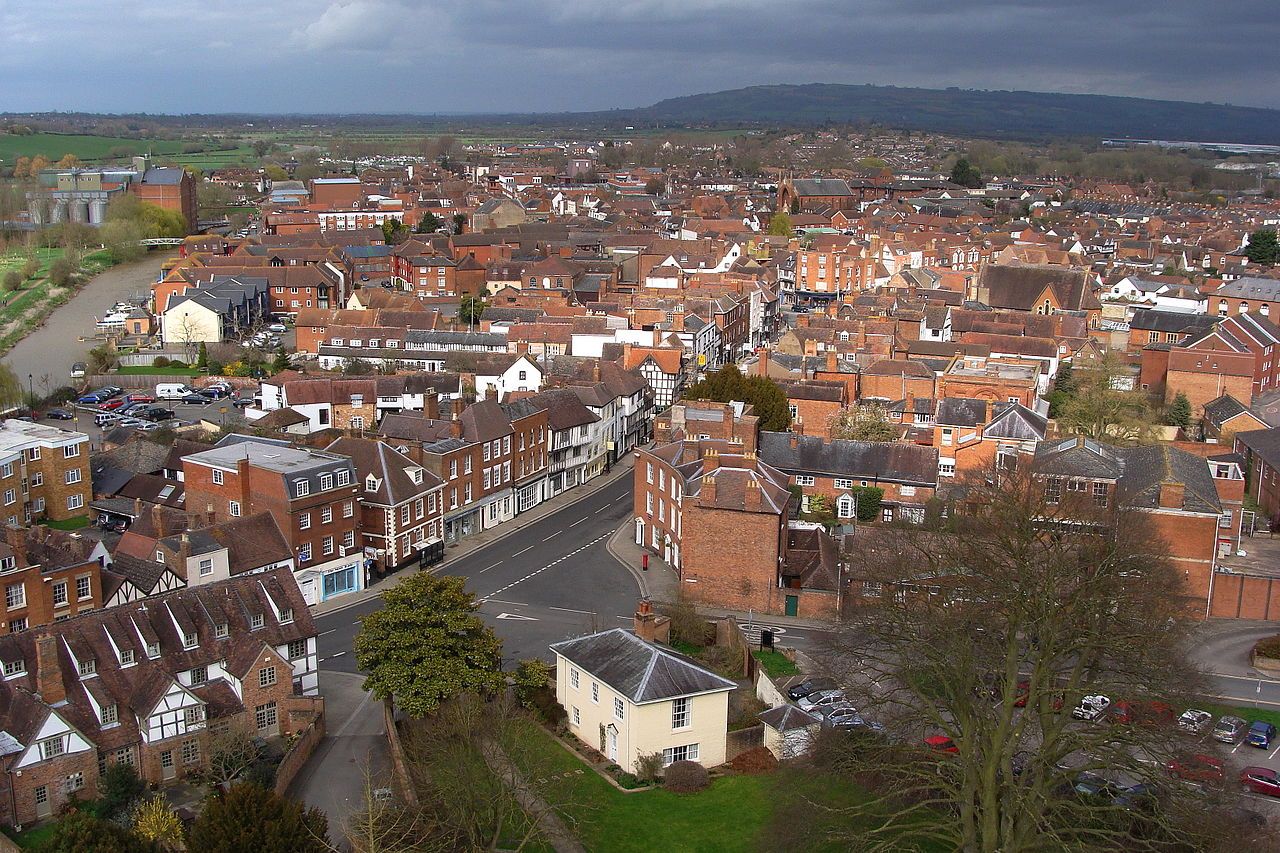 The winding streets of Tewkesbury.

If you’re in the mood to relax too, sit back on a scenic  35-minute riverboat tour around the town (departure point: Back of Avon, parallel to the High Street). Otherwise, devote the afternoon to exploring Tewkesbury’s compact Y-shaped configuration of main streets and the mazey alleys that helter-skelter off them. Booklets in the heritage centre highlight architectural sights and in summer colourful banners of Battle of Tewkesbury protagonists flutter through town.

A venerable black-and-white Tudor building on Barton Street houses the town museum, a trove of eclectic local history from Roman artefacts to memorabilia of explorer Raymond Priestley who travelled with Captain Scott to the Antarctic and lived to tell the tale. Another local resident, the 20th-century naturalist and best-selling author John Moore (he immortalised Tewkesbury as “Elmbury” in his novels) is recalled in a museum set in a row of 15th-century timber-framed buildings on Church Street. A few doors on, you can discover how 15th-century folk lived above the shop in The Merchant’s House.

Tewkesbury’s rivers and flood plain prevented the “old town” from expanding and so a tangle of alleys and courts was squeezed between the main streets. Once squalid, now quirky and enticing: 30 of an original 90 remain, their names telling of past people and trades. Down Chapel Court is the Old Baptist Chapel where Nonconformists worshipped in secret from as early as 1623: a minute-book includes a page coded to hide the identities of the congregation. Distant relatives of

William Shakespeare rest in the burial ground at the end of the alley.

As late afternoon sunshine slants down, a riverside walk past the old Abbey Mill provides charming views of 16th-century cottages reflected in the water, the abbey towering behind.

Check out The Roses Theatre for live performances and evening entertainment. Or tickle your tastebuds again: My Great Grandfathers restaurant (British modern) and The Abbot’s Table (modern with a European twist) are noted evening treats.

Historic accommodation includes the Tudor House Hotel, 17th-century Bell Hotel, and five-star Georgian Jessop House B&B. There are also Travelodge and Premier Inn at Ashchurch. Next day, head east to the Vale of Evesham; or west to further market town magic at Ledbury, or to eccentric Eastnor Castle; south to Gloucester and Regency Cheltenham.

What you need to know

Trains run from London Paddington to Ashchurch for Tewkesbury (includes 1 or 2 changes; travel time circa 2–2.5hrs) www.nationalrail.co.uk. Catch the No. 41 bus from the station into the town centre (10 mins)

Plan your visit with www.visittewkesbury.info.

The annual Tewkesbury Medieval Festival, featuring a re-enactment of the Battle of Tewkesbury, is the largest free medieval fayre in Europe.

Here's a short video about touring the riverside town of Tewkesbury: