From castle to minster - soaking up the history of York 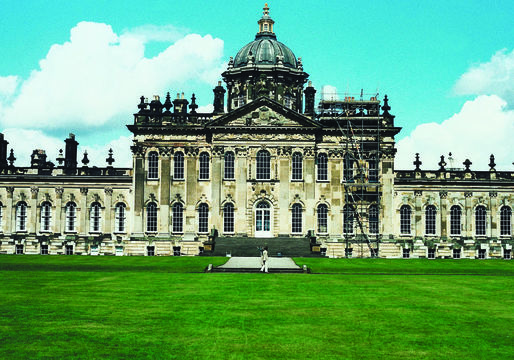 York, the city after which the County of Yorkshire takes its name, is one of the most historic and important places in England. The House of York was one of the two protagonists' family clans in the Wars of the Roses, in the 15th century, but the city of York itself is a mainly Roman creation. Known as Eboracum, it started out as a military encampment on the banks of the River Ouse and was served by a Roman road known as Ermine Street, which linked London and Lincoln with York.

The city soon became an important military, religious and political centre. Indeed, the cathedral and metropolitical (yes that is spelled correctly)  Church of St Peter in York, commonly known as York Minster, is the seat of the Archbishop of York, the third-highest officer of the Church of England after the Monarch and the Archbishop of Canterbury. It is a magnificent structure but it was not always so.

The history of York Minster 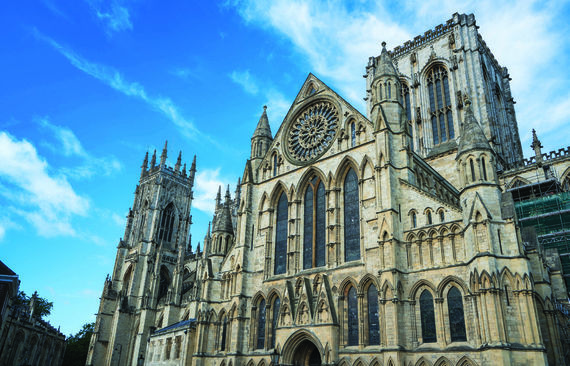 It is known that there was a Bishop in York early in the 4th century but there is little archaeological evidence for a substantial church building until the mid-7th century. Various buildings came and went through fires or wars but, by 1066, a substantial building existed, which was damaged during William the Conqueror’s pacification campaign.

With William’s own chaplain, Thomas of Bayeux, appointed as the first Norman Archbishop in 1074, a programme of improvements and repairs was completed just in time for the Danes to burn it down. The Minster was rebuilt in the Norman style, from 1080, and this is the building at the core of the current cathedral. It only assumed its current size and grandeur after substantial additions in the English perpendicular style, during the 13th century.

The building has suffered much from fire and state-sponsored vandalism. But at least when the city (which maintained allegiance to Charles 1) was besieged and subsequently fell to Cromwellian forces in 1644, the parliamentary army commander General Thomas Fairfax, perhaps because he was a Yorkshireman, prevented further despoliation of the type of which Cromwell’s Puritan army was so proud and adept.

Throughout its life in almost every century the Minster has suffered major fires, most recently in 1984 when the south transept of the cathedral was engulfed, its roof destroyed, and the glass of the wonderful rose window shattered. The cause was almost certainly a lightning strike. Over the subsequent 20 years the damage was entirely repaired and visitors today find a prime example of a medieval cathedral in regular daily use and kept in astonishingly good condition. Of wars, fires, pestilence, and plague there is no sign.

The Minster amply repays a visit, its statuary, glass, furniture, memoria, and structure deserve close attention and its exterior too has much to offer. It is surrounded by a maze of small trading streets centered on the Shambles, one of the oldest shopping streets in the world. These are well worth a visit but can be very crowded during the day, even out of the normal season.

However, there is one tour that enables one to traipse the area around Shambles and the Minster itself in a leisurely way with a very knowledgeable guide. This is the Original York Ghost Walk Tour. Led at night time by a very striking figure, dressed as a Victorian undertaker in black frock coat and top hat, you are led around the whole area being regaled with stories of hauntings, torturings, murders, and all manner of horrors. It is an unforgettable experience. 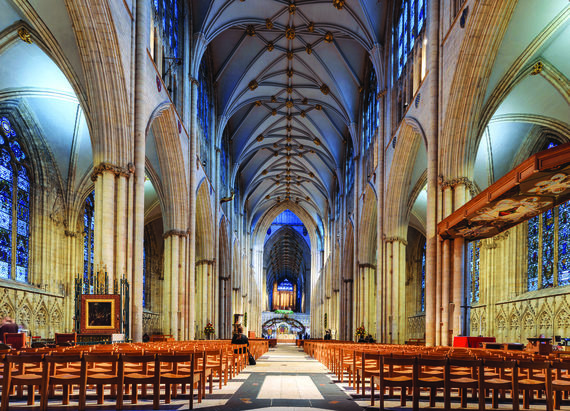 A panoramic shot inside the Minster at York.

Castle Howard is an unmissable treat. It has been the family home of the Howard family since the first part of the 18th century.  Howard is the family name of the Dukes of Norfolk.  But it was Charles Howard the younger son of the Fourth Duke of Norfolk who founded the cadet branch of the family, the Howards of Castle Howard when he was appointed the First Earl of Carlisle in the 17th century.

Another Charles, the grandson of the Third Earl, decided to create a new family seat for the Carlisle branch. He took the unexpected step of joining the London-based Kit Kat Club, a gathering of aristocratic whigs and what would today be called influencers. Charles, up to that point, had made little mark on late 17th-century society. He joined the club in an effort to put this right. He firstly appointed a prominent architect to design his new country seat to be sited on family lands in North Yorkshire, but the designs did not find favour and the architect was dropped.

Instead, and rather surprisingly, Charles commissioned another Kit Kat Club member, the great dramatist John Vanbrugh, who at that point had no building design experience whatsoever. Nonetheless, he produced exquisite sketch plans, and building began in 1702. It took the best part of 20 years and the stupendous sum of £78,000, to complete. That’s approaching £20m at today’s values.

Most of the major works were completed by 1709 (except the west wing) and the Earl and Vanbrugh’s attention moved to the decoration of the interior and the laying out of the parkland. To call the Castle Howard lands a garden is to completely misunderstand their scale. The park surrounding the house is vast, running to thousands of acres.  Formal gardens and a substantial new wood were planted and a lake dugout with the requisite fountains fed from a higher level. An obelisk was erected, and a small pyramid, together with the Temple of the Four Winds, which is a stylised summer house at some remove from the house.

In addition, a grand mausoleum was planned. When Vanbrugh died, in 1726, his long wished for the west wing had still to start but he had completed the lion’s share of the work and the family was comfortably ensconced although various internal decorations and embellishments were added continually.  The Third Earl retired from society in 1714 to enjoy his leisure on his estate. He died in 1738 and although the mausoleum was not completed, until 1744, he was eventually its first occupant.

It took much longer to complete all the various wings of the building to the design we see today. The west wing was eventually completed in 1756, on a completely different plan to Vanbrugh’s, which changed his intended symmetry of the two wings, which the Fourth Earl regretted until his death. Internal decoration of the new wing was slower and the decoration of the remarkable long gallery was not completed until 1856.

Further changes and redesigns have continued throughout the building’s history, although after the latter 19th century these were a response to adversity rather than deliberate developments.

The 1940s were a time of terrible tragedy for the building and the family. A dreadful fire destroyed all of the central hall and the dome, together with another 20 rooms. The two direct heirs to the house (the Earldom itself had passed to another branch of direct succession and the 10th Earl lived in Naworth Castle, in Cumbria) were both killed during World War II. Mark Howard was killed in the Normandy landings and his brother Christopher died flying with the famous Dambuster RAF Squadron. Their younger brother Geoffrey was himself wounded and returned to Castle Howard in the later stages of the war to find the trustees selling off the contents on the assumption that following the fire the house would not be occupied again. He soon put a stop to that and began the herculean task of rebuilding and refurbishing, to which he devoted the rest of his life.

In 1952 he and his wife, Lady Cecelia Fitzroy, opened Castle Howard to the public. In 1981 the famous Granada Television production of Brideshead Revisited was heavily located at Castle Howard and, as a result of funding from Granada, the garden hall was rebuilt and redecorated.

Another filming, 20 years later, of the same book, also contributed to the cost of renovating the long hall in the west wing. George Howard was made a Life Peer of the House of Lords in 2012 and died in 2013, rarely has such an honour been better earned. Since then the house has been owned and run by a private company, with members of the Howard family as its board members and principal officers.

Castle Howard is, if not the finest, then certainly one of the three best stately homes in England. If one were to do any sort of justice to its extensive, indeed almost limitless charms, one would need at least a day or two to scratch the surface.

It is difficult to pick out the real stars of the house but the chapel, seen in the TV series, stands out. It is small but fantastically decorated.

The house is littered with great master paintings, busts and statuary all of enormous merit. The living rooms of the house are all wonderful and give a great sense of the character of its owners and residents over the years. Indeed, the family still occupies the east wing.

Dr. Johnson said that “he who tires of London is tired of life.” But in my opinion, anyone who travels to Yorkshire and does not visit the Minster and especially Castle Howard shouldn’t really travel at all.