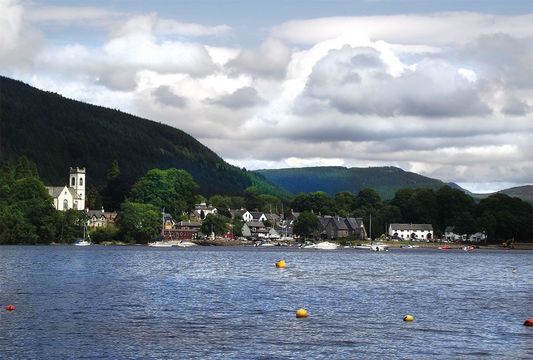 From its headwaters on Ben Lui, the river gains momentum flowing into Loch Tay, then at Perth begins to broaden into the Firth of Tay.

In the early part of the 13th century, an English cleric wrote; “Great Tay, through Perth, through towns, through country flies, Perth the whole Kingdom with her wealth supplies.”

Invariably described as the longest river in Scotland—it rises in the west some 30 miles from the west coast town of Oban—the Tay is something of a fraud. It is first known as the River Connonish, then the Fillan and finally the Dochart as it flows into Loch Tay. The waters only become known as the River Tay when they leave Loch Tay. From there, the river makes its way through Kenmore, Aberfeldy, Dunkeld, and Perth before passing Dundee on its way to the North Sea.

In early times, rivers were of great importance in moving goods and people around, as well as being a source of food and, of course, freshwater. The River Tay was no exception and allowed the Scots to trade with neighbors and later with the Baltic countries and southern Europe.

At the eastern end of Loch Tay is the Scottish Crannog Center, a reconstruction of an early Iron Age loch settlement, of the type often built on lochs or islands for protection from enemies. Here, I was given a fascinating insight into how the inhabitants of a crannog farmed, worked metal, cooked and wove cloth, some 2,500 years ago. They survived by using what the land and water provided while growing crops and keeping cows, pigs, and sheep.

From finds made on crannog sites, it would appear that the inhabitants, farmers, and skilled woodworkers, traded simple tools, woven cloth, blankets, baskets, wooden utensils and grain with other groups in the area and possibly throughout Britain and Ireland.

Just half a mile away is the picturesque village of Kenmore that dates from 1760, although the local inn, thought to be the oldest in Scotland, has been welcoming travelers since 1572. These days, Kenmore, one of the prettiest villages in Highland Perthshire, is, like its neighbors, a center for tourism and particularly golf, horse riding, watersports, and angling.

Further downstream, at Aberfeldy, the Tay is crossed by a bridge erected in 1733 by the well-known military bridge builder General Wade. Just beside the bridge is a monument, erected in1887, to commemorate the first muster of the famous Highland regiment, the Black Watch, there in May 1740. 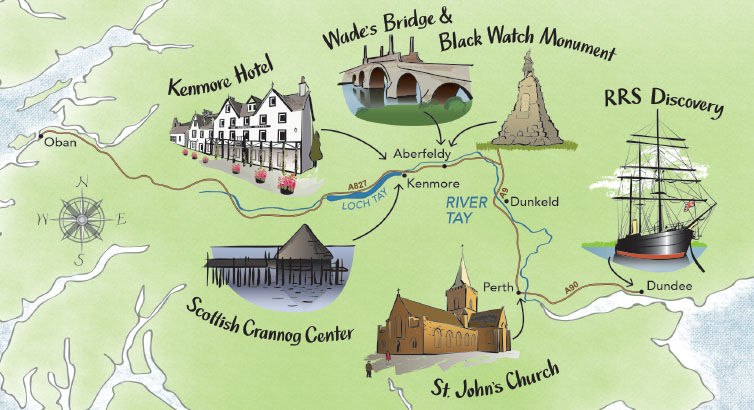 Robert Burns visited the town in 1787 where impressed by the beauty of the woods and Moness waterfall, he wrote the “Birks (woods) o Aberfeldy.” Today, the town hosts a distillery and 18-hole golf course, as well as a working watermill.

There I encountered enthusiasts exploring the river on inflatable rafts, who waved and shouted cheerfully to me as I stood on the bank. As well as watersports, salmon fishing is extremely popular all along the river. The Tay is also home to mussels that provide freshwater pearls (now protected by legislation). There is a much less traditional attraction at Grandtully near Aberfeldy where “the Highland chocolatier,” Iain Burnett of the Scottish Chocolate Center, works his magic to produce award-winning Scottish confections. 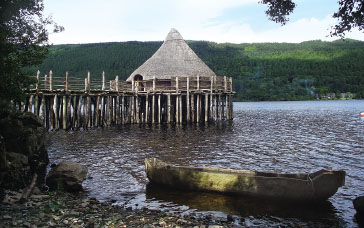 Further downriver is the historic cathedral city of Dunkeld. The original cathedral, which replaced a monastery dating from 700, was built between 1260 and 1501. Heavily damaged in the Reformation, the cathedral and much of the town was destroyed following the Battle of Dunkeld in 1689, so many of the buildings in old Dunkeld date from the early 18th century.

Dundee and Perth were the important seaports, thriving thanks to European trade back in the days of sailing ships. By the end of the first millennium, the Tay was at the heart of Perth’s success, allowing it to trade in the staples of the time—salmon, wool and agricultural products. 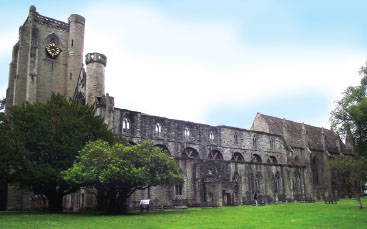 A former capital of Scotland, Perth was originally known as St. John’s toun (town), a name still recalled in its local soccer team—St. Johnstone—and it has long been known as “the Fair City.” Perth is home to a racecourse and four golf courses, as well as historic attractions such as the Black Watch Museum and 15th-century St. John’s Church where a fiery sermon from John Knox in 1559 helped trigger the Scottish Reformation. Despite its inland position, it retains its working harbor as the Tay is still navigable for small trading vessels to that point. 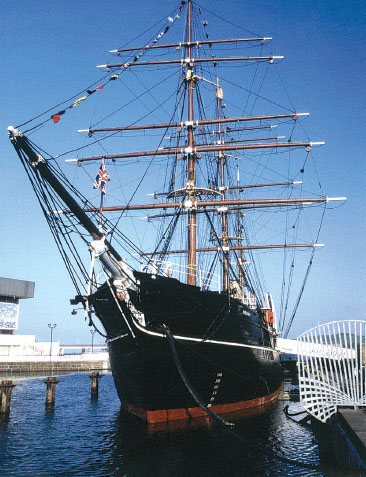 The prosperity of Dundee, Scotland’s fourth-largest city, originally depended on the Tay, and the river continues to play a part in the city’s success today. Dundee has been a busy port from around 1100, with merchants trading wool, sheepskins, and cattle hide for metal goods, wine, and European textiles.

Dundee became an important center for whaling, shipbuilding, fishing, and textile manufacturing. By the mid 19th century it was famous for the three “j”s—jute, jam, and journalism. Today only journalism remains, with the D.C. Thomson empire still producing a number of newspapers, comics, and magazines.

Just as whaling began to decline, whale oil was found to be perfect for softening jute before processing. Jute quickly became Dundee’s success story, earning the factory owners of the late 19th and early 20th centuries vast sums of money. Sadly, workers generally lived in poverty. At Verdant Works, a former jute works that keep the textile tradition alive, I discovered the numerous uses of jute, ranging from sacks to the covering for covered wagons, and its use in industries such as mining, transportation, farming, and carpet-making.

The ill-fated Antarctic explorer, Captain Robert Falcon Scott, used the expertise of Dundee shipbuilders in building wooden whaling vessels that could withstand being caught in pack ice for months at a time in the Polar regions, to build the RRS Discovery, in which he undertook his first expedition to the South Pole between 1901 and 1904. RRS Discovery was the first ship specifically designed for scientific research. The vessel returned to its homeport in spring 1986 and it is now, along with HMS Unicorn—the oldest British warship still afloat—one of the attractions on Dundee’s redeveloped waterfront. 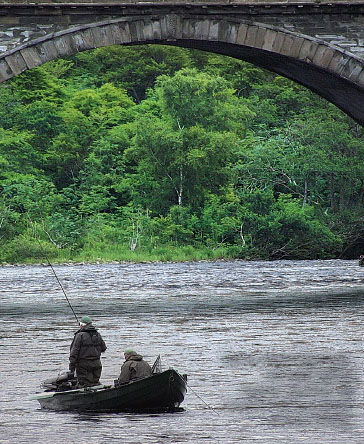 Just as many of Scotland’s cold swift-flowing streams, the River Tay provides a lure for salmon and trout fishing. FORBES INGLIS

At Dundee, the Tay is crossed by a rail bridge and a road bridge, both of which connect the city with the county of Fife to the south. The Tay Rail Bridge, the second to bear that name, was built after its predecessor, opened May 1878, blew down in a great storm on December 28, 1879, with the loss of 75 lives. By comparison, the road bridge is a relative newcomer, opened only in 1966.

Today Dundee is a center for the oil industry and a progressive city that can list a lucrative life sciences sector and a world-class video/computer games industry among other business success stories. By 2018, Dundee will also have its own Victoria & Albert Museum, a branch of the world-famous London museum, on the waterfront alongside the Discovery.

The cities, towns, and villages on the banks of the River Tay are not there by accident; the river has been their lifeblood through the centuries and, to a lesser extent, that remains true today.

Read more: Taking a cruise around the Northern Isles of Scotland