A day visiting Arbroath, a harbour town and Scotland's cradle of independence 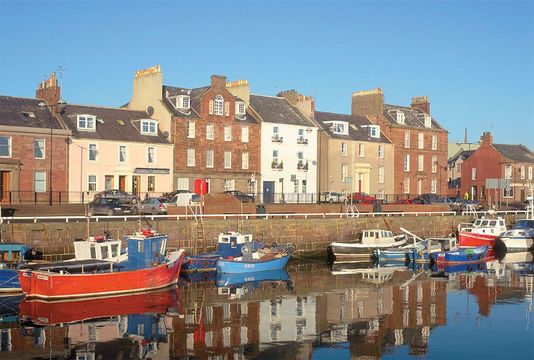 There are several harbor towns along the North Sea coast from Tayside to Aberdeen supporting small fishing fleets in the North Sea. Arbroath’s claim to fame came way back in 1320.

Located on the North Sea coast, this fishing town's history dates back to the Iron Age. Its fascinating history, with links to the Declaration of Arbroath, makes it a wonderful town to explore.

Why go to Arbroath?

This Royal Burgh on the east coast of Scotland can lay claim to being the birthplace of Scotland, largely due to the signing of the Declaration of Arbroath, effectively the Scottish Declaration of Independence, at the abbey there on April 6, 1320. Arbroath was also an important fishing port and is still a working harbor, although many of the boats now moored there are pleasure craft. There is still a fishing community living in some of the neat little cottages around the harbor where smokies (smoked haddock), a local delicacy, are on sale along with other varieties of freshly caught fish.

How to get to Arbroath?

Arbroath is on the mainline between London and Aberdeen, and most trains stop there. There is also a frequent Scotrail service from both Edinburgh and Glasgow. Details at www.nationalrail.co.uk or www.scotrail.co.uk.

By car follow the coastal A92 route from Dundee to Aberdeen.

Where to stay in Arbroath?

For the upmarket visitor, Letham Grange, just a few miles out of the town, provides excellent accommodation and has two golf courses offering a range of challenges for golfers. The county of Angus is renowned for its fine golf courses, and there are several within a 30-minute drive, including the Championship course at Carnoustie. www.lethamgrangehotel.co.uk
Opened in April 2010, Ogston’s, the town’s first boutique hotel, provides three-star accommodation, including facilities for disabled visitors. www.ogstonsarbroath.com
Arbroath also has a number of family-run guesthouses that offer bed and breakfast at very reasonable rates. 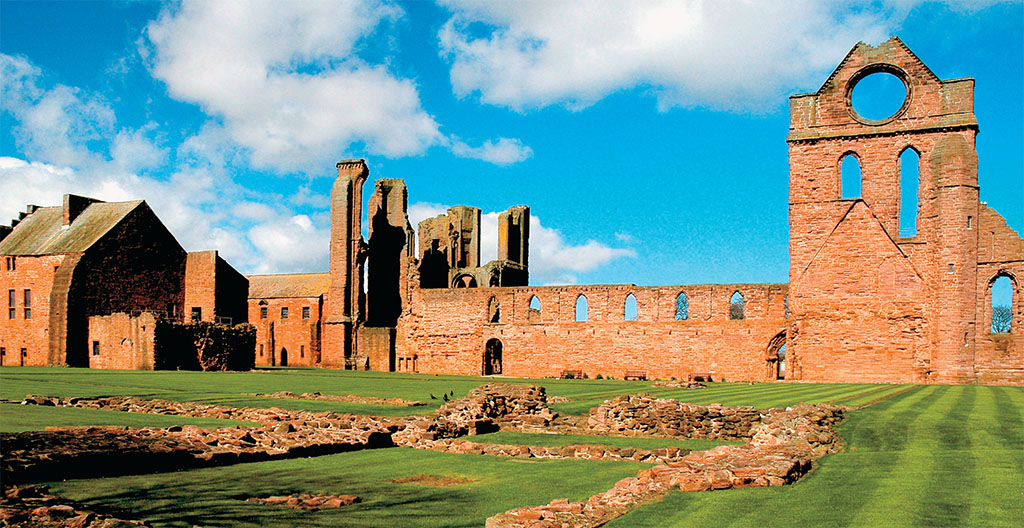 At the ruins of Arbroath Abbey, the local Pageant Society reenacts the signing of the Declaration every year on April 6. via M. BRODIE/ALAMY

How to spend the morning in Arbroath?

Obviously, a visit to the abbey is a must. Founded in 1178 by King William the Lion, the abbey played an important role in Scottish history until the Reformation in 1560. The abbey is dedicated to St. Thomas, which gives the town its motto; “St. Thomas is kind to strangers.”

In 1320, with the Scots struggling to assert their independence from England, the Abbott, Bernard de Linton, drafted a letter (often described as the Scottish Declaration of Independence or the Declaration of Arbroath) to the pope, seeking his support. The language is among the most stirring found anywhere and includes the words; “For, so long as 100 remain alive, we will never in any degree be subject to the dominion of the English. Since not for glory, riches or honours do we fight but for freedom alone, which no man loses but with his life.” Some academics believe that the wording influenced the founding fathers of the U.S.A. when they drew up their own Declaration in 1776.

Each year, on April 6, members of the local Pageant Society appear in costume to commemorate the signing of the Declaration. www.historic-scotland.gov.uk

Where to lunch in Arbroath?

Try one of Arbroath’s excellent fish and chip shops selling fish fried in crispy batter with chips. Not perhaps the healthiest eating option in the world, but just one won’t hurt. Alternatively, Ogston’s cafe-bar in the High Street offers an extensive variety of quality food.

Where to stop for an afternoon treat?

Sugar and Spice at the east end of the High Street.

What to shop for in Arbroath?

Smokies obviously, and try the old-fashioned sweets and traditional Scottish ice cream at Sugar and Spice.

The ball on top of the Signal Tower relayed the signal from the lighthouse that all was well. via FORBES INGLIS

What else to see in Arbroath?

The Signal Tower Museum, a fine Georgian building that was originally the shore station and home to the off-duty Bell Rock lighthouse keepers, tells the story of the building of the lighthouse and also gives a flavor of the town’s maritime history.

A danger to shipping over the centuries, the Inchcape or Bell Rock lies some 12 miles east of Arbroath. It was such a hazard (see Robert Southey’s poem, “The Inchcape Rock”) that originally a bell was put on it to warn sailors of the danger. In the poem, the evil pirate Ralph the Rover cuts the bell from the Rock, only later to become one of the victims of the unmarked hazard.

The increasing number of ships being lost on the Rock led to the building of the lighthouse in the early 1800s. It was a project fraught with difficulty as until the foundations were sufficiently advanced, the builders had to be housed on a ship moored nearby and could only work on the Rock for a few hours each day at low tide. The lighthouse was completed in 1811.

The Signal Tower is so-called because of the ball and pole structure on top of the tower. A similar arrangement exists on the lighthouse itself. In the days before electronic communications, at 9 every morning, the keeper at the shore station would look through his telescope to see if the ball had been raised at the lighthouse on the Rock to show that all was well. If it had, he would acknowledge the signal by raising the ball at the base. If it hadn’t, he had to sail out to the lighthouse to discover what the problem was. www.angus.gov.uk/museums/signaltower

If you have time, visits to the nearby villages of Auchmithie, the original home of the smokie, and St. Vigeans, with its pre-Reformation church and museum of Pictish stones, are well worth the effort.

Kerr’s Miniature Railway is another popular attraction. Founded in 1935 this 10.75-inch gauge railway, with miniature steam and diesel locomotives, has been a magnet for the young and the young at heart over the years. www.kerrsminiaturerailway.co.uk

If you feel energetic, or just want to walk off your fish and chip lunch, a walk along the cliffs provides some stunning scenery and a chance to see some of the natural attractions of the area. This was also smugglers’ territory where contraband brandy, wines, and other fine items were brought ashore under the noses of the customs men. Should you fancy taking to the water yourself there are a number of pleasure cruises or fishing trips on offer in the harbor area, including trips out to the Bell Rock.

Over the summer there are a number of festivals in Arbroath such as Seafest, held in August, the Smokie Blues Music Festival, and the Sea Front spectacular. For details of individual events and other tourist attractions visit www.angusahead.com.

Where to have dinner in Arbroath?

The Old Brewhouse, almost within arm’s length of the North Sea, offers traditional Scottish fare, or the Azzurro, an Italian restaurant, just 100 yards or so down the street, also serves good food at reasonable prices. www.oldbrewhousearbroath.co.uk

How to spend the evening in Arbroath?

Arbroath’s Webster Theatre hosts a number of variety shows and dramatic productions. The Abbey Theatre also stages a program of drama and comedy, although booking is essential as the auditorium has only 79 seats.

Some things you may not know about Arbroath.

The ball at the Signal Tower was used for communications in other ways. If a keeper was offshore when his wife gave birth, a pair of breeks (trousers) would be hoisted on the pole if it was a boy, and a dress if it was a girl.

The local Arbroath Football Club holds the world record for a victory in a first-class match, having defeated Aberdeen Bon Accord 36 goals to nil in 1885. Locals, like the team, are known as “Red Lichties” (red lights)—a reference to the lights that guided ships into the harbor. The first cabbages in Scotland were grown by the monks at Arbroath Abbey.