Cadfael Country and The Marches 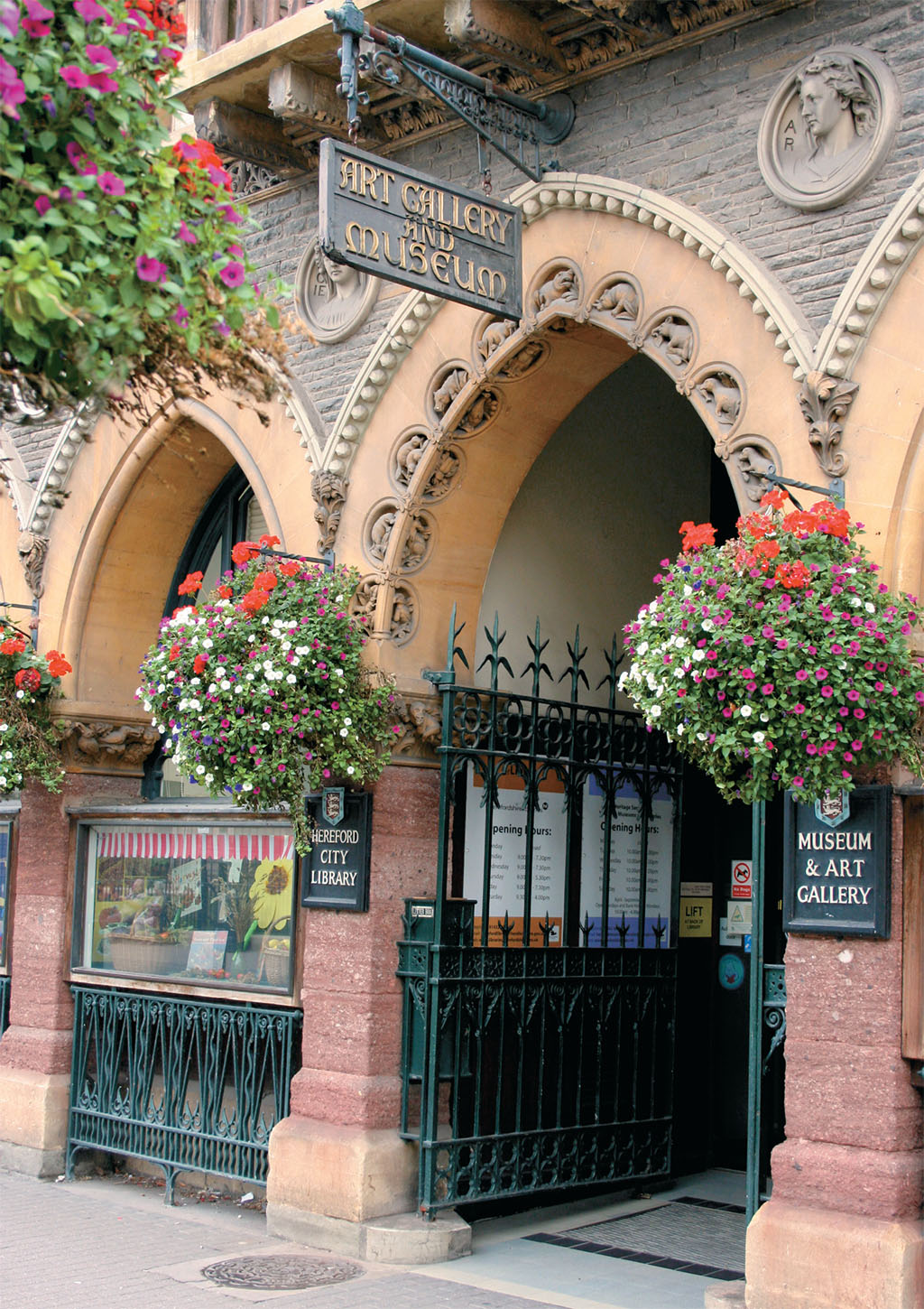 Discover the city museum and art gallery while wandering about the cathedral city of Hereford.[/caption]

It’s the land of A.E. Housman and Brother Cadfael, Offa’s Dyke and Wordsworth’s poetry. The Marches melding England with the Celtic principality ofWales combine rich history and pastoral beauty. Here is a delightful road trip through the border country from the Wye Valley to Shropshire. There are bountiful stops along the way, but in this gorgeous country, getting there is definitely half the fun.

Day 1 Northwest to the Severn Valley


From London or the airports this morning, clear the busy metropolitan area and take the M40 to Oxford in less than an hour. From there, it’s a leisurely drive northwest on the A44 through the northern Cotswold towns of Chipping Norton, Moreton-in-the-Marsh and the Vale of Evesham. Stop and dabble where you like, perhaps with a country pub lunch along the way.
This afternoon, explore the ancient city of Worcester. Adjacent to the attractive pedestrian precinct in the city center are eclectic Worcester Cathedral (built embodying every architectural style from the 11th to the 16th century), the beautiful Royal Worcester porcelain museum and The Commandery, Britain’s only museum devoted to the English Civil War. It’s a short drive from the city down to Great Malvern, in the beautiful Malvern Hills. There are plenty of options for lodgings, and views are spectacular over the Severn River valley. Malvern Priory is well worth a visit, too, with one of the largest collections of medieval stained glass in the country.

Day 2 Wander in The Wye Valley


Take an excursion today that is visually gorgeous south into the Wye Valley. Follow the escarpment of the Malvern Hills on the A449 to black-and-white Ledbury and on to Ross-on-Wye for a look around, then continue on to Symond’s Yat (see “Why It’s the Wye,” March 2013, p.24), with a boat ride on the river if you fancy. From Monmouth, follow the Wye on the A466 to the dramatic ruins of Tintern Abbey, made famous by Wordsworth’s poetry.
It’s just a few miles south from Tintern to the Welsh market town of Chepstow, for a visit to Chepstow Castle—with the oldest stone keep in Britain. Route your return north on the A48 through the ancient and largely unspoiled Forest of Dean; do stop in the Soudley Valley to visit the Dean Heritage Centre. Time probably will require bypassing the cathedral city of Gloucester, but follow the A38 on to the market town of Tewkesbury and pay a call at historic Tewkesbury Abbey, replete with noble tombs left from the Battle of Tewkesbury, when Richard III cemented his military reputation. From there, it’s just a few miles return through Upton-upon-Severn to Great Malvern. The distances themselves are very manageable today, but there is so much to see along the way it makes a full day indeed.
[caption id="CadfaelCountryandTheMarches_img2" align="aligncenter" width="1024"] 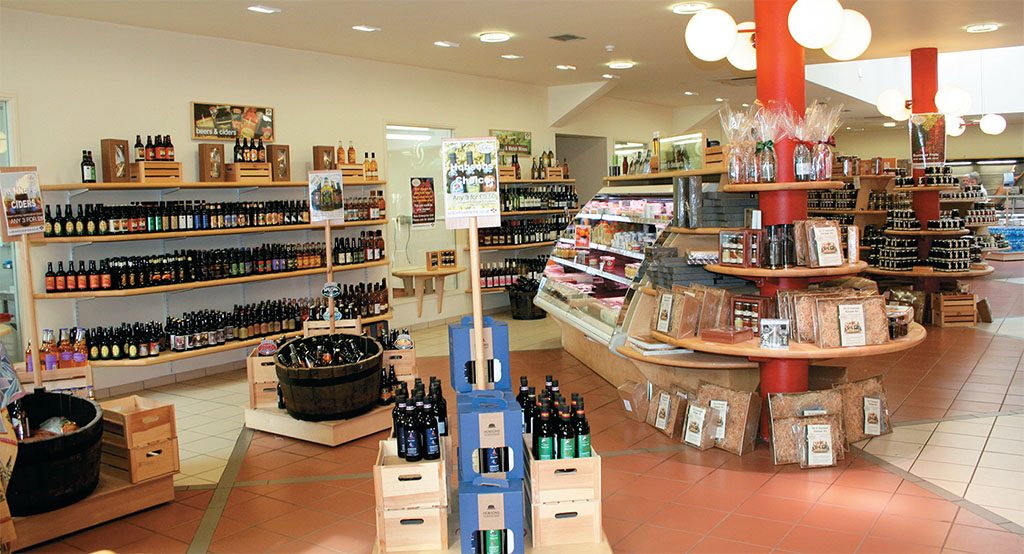 Visit the amazing food center in the market town of Ludlow. Later, walk across the world’s first iron bridge at Ironbridge Gorge, or visit the fascinating Jackfield Tile Museum.[/caption]

Day 3 Up The Marches to Shropshire


Turn west this morning to the Marcher city of Hereford. There’s plenty to see looking around this small ancient city. The highlight, though, is Hereford Cathedral with its famed Mappa Mundi and one of the largest medieval chained libraries in Europe. From Hereford, follow the A49 north along the borders. Do plan to have lunch in Ludlow. There’s never a bad meal in this famous foodie market town. The town center is full of great eating options. Right at hand as well is historic Ludlow Castle.
From Ludlow, you might detour west on the A4113 to the border town of Knighton to visit the Offa’s Dyke Heritage Centre. Hike a bit of the Offa’s Dyke Path, or just marvel at the Dark Age mounds marking its route today. Or continuing on the A49, stop and visit the old Shropshire working farm at Acton Scott. Route on north to Shrewsbury, county town of Shropshire. There are plenty of accommodation options in town, but the nice old city center 3-star inns are the Red Lion and the Prince Rupert. Both are comfortable and loaded with history. 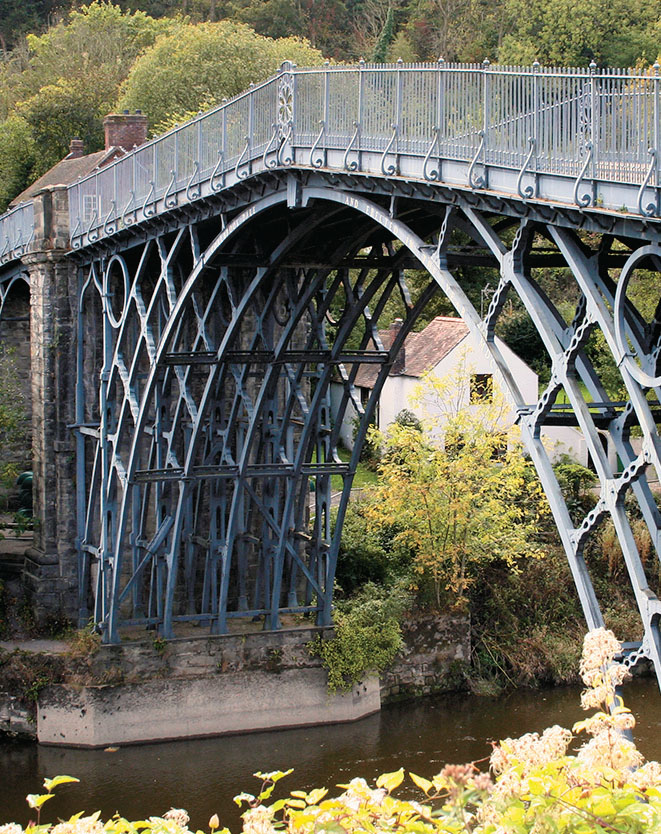 
Shrewsbury is an old town that delightfully looks her age. See Rowley’s House first, for the Shrewsbury Museum’s introduction to local history—and the tourist information center. Then, visit Shrewsbury Castle and the Shropshire Regimental Museum and Shrewsbury Abbey, home of Ellis Peters’ lovable 12th-century detective, Brother Cadfael. Enjoy Shrewsbury’s medieval look and ambience along the way. The stroll leads right through Shrewsbury’s attractive pedestrian shopping precinct, too.
This afternoon, take a short drive east of town to explore the remains of Wroxeter Roman City, once the fourth largest city in Roman Britain as Viroconium. As the capital of post-Roman Powys, Wroxeter may well have been the capital of the real-life King Arthur. The public squares and remnants of Roman buildings remain, with much more to be discovered under the surrounding fields.
[caption id="CadfaelCountryandTheMarches_img4" align="aligncenter" width="661"] 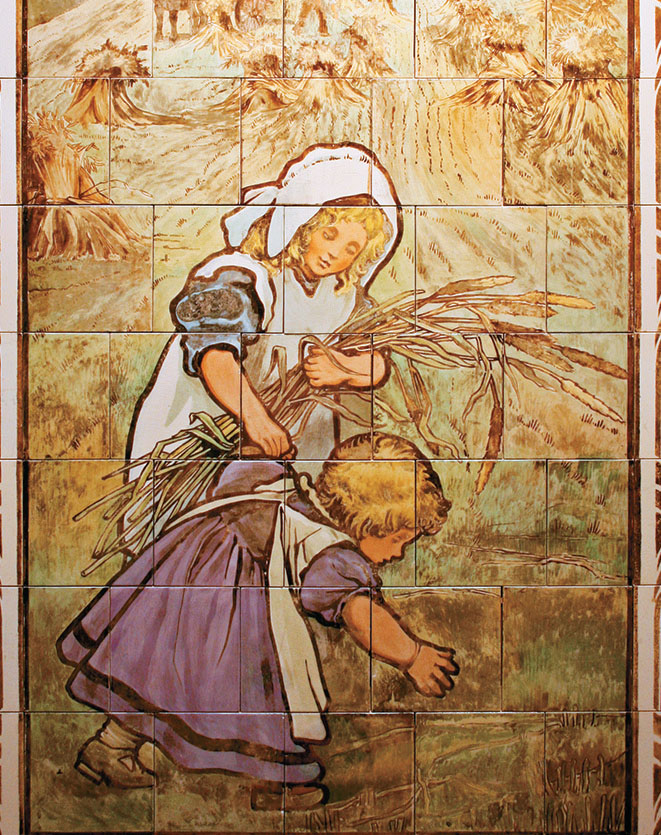 
Today’s excursion takes us to Ironbridge Gorge near Telford, birthplace of the industrial revolution. It’s right down the A458 or A5 from Shrewsbury about a dozen miles and well sign-posted. Spend the morning at the renowned Blists Hill Open Air Museum, a living Victorian community. It’s a gorgeous visit into the valley’s past. Then visit Iron Bridge and the Museum of the River and Visitors Centre of thisWorld Heritage Site. There are 10 museums in all here in the river gorge.
Another day excursion would follow the A5 north across the border into the Welsh mountains. The destination is Llangollen, home of the famed international eisteddfod. See the Pontcysylte Aqueduct, ride the Llangollen Canal or the steam railway through the valley. Head just above the town to the remnants of Valley Crucis Abbey and ancient Eliseg’s Pillar and enjoy the riverside ambience of this smallWelsh market town.
Better still, take another day based in Shrewsbury and do both day adventures.

Day 6 When Way Leads on to Way


If time permits, you might strike out for North Wales on the A5, through Llangollen to the Vale of Conwy and Snowdonia. If you’re driving south, it will be most of a day back to London, or you might arrange to drop the rental car in Shrewsbury or Crewe and take the train south. Of course, there are always fascinating places in the English countryside to stop along the way.