Director Stephen Frears on Victoria and Abdul, Judi and More 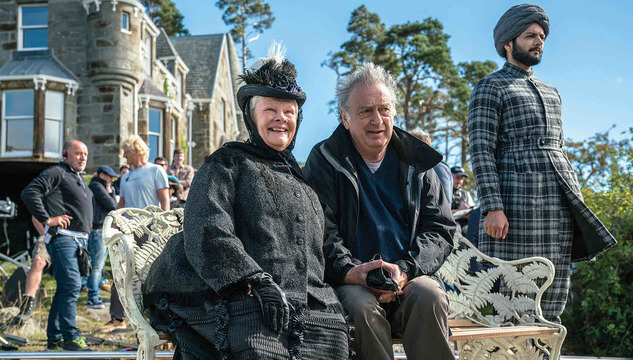 The elder statesman of British cinema invites BHT into his home for a cuppa, a chat and a few helpful corrections


To keep from arriving too early, I wander the blocks of Notting Hill and admire the 19th-century Georgian architecture before buzzing director Stephen Frears’ door. “This is actually Bayswater here,” he gently corrects me, not for the last time, after offering tea—despite my please-don’t-bother, I-don’t-want-to-be-any-trouble mutterings.

“I can make you a cup,” he insists, heading into the kitchen barefoot. On his bookshelves, one possibly pertinent title stands out: Victorian Sexuality. “No, no, that’s just an old book. Don’t look into that for any of this,” he warns. “Though Queen Victoria really was a sexy lady—and so is Judi Dench!”

Frears, 76, last teamed up with Dame Judi Dench for 2013’s Philomena, in which she played the titular Irishwoman searching for a son stolen by the Catholic Church. The director has made so many other wonderful films, it’s easy to forget a few—even some great ones.

“Dangerous Liaisons, yes, of course, but also Tamara Drewe? And Mrs. Henderson Presents? I loved that! And you made Dirty Pretty Things, right? With the immigrants selling their kidneys in London?”

“Yes, I made that film,” he confirms simply, casually, and sips his tea.

Though his work crosses all genres and styles—“I just do what interests me. Mine is more the life of a spoiled child than of an auteur,” he jokes—there’s definitely a theme to a certain portion of Frears’ films: an exploration of British life and character, even if he’s not entirely keen on examining his oeuvre.

“I don’t really analyze it very deeply. Other people see it more clearly than I do,” he says. To explain, he paraphrases the great Billy Wilder: “That’s very kind, but I think you’re mistaking me for a serious person; I make films.” 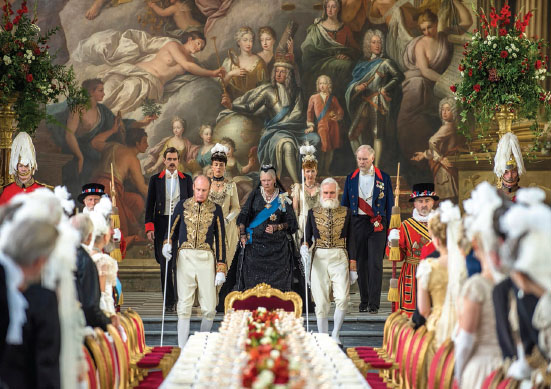 Modesty aside, Frears is one of the primary exporters of Brit culture to Americans. Just to name a few, My Beautiful Laundrette (1985) showed a seedy 1980s London, simmering with racial tensions; Dirty Pretty Things (2002), the invisible lives of Britain’s desperate undocumented workers; and Queen Elizabeth’s most terrible week, following the death of Princess Diana, was brought to the big screen by The Queen (2006), based on the play The Audience.

“No, that is not right,” he stops me there. “First there was a film about Blair becoming prime minister [2003’s TV movie The Deal], and then there was the film The Queen [2006]—and then came the play The Audience.” Seeing my embarrassment, he gentlemanly jokes the mistake off. “Oh, you’re in a real mess now!” he chuckles, and offers me a refill on that tea.

His latest, Victoria & Abdul, travels back in Royal history: the surprising story of Queen Victoria suddenly deciding to befriend a 24-year-old Indian servant and make him her most trusted companion.

“I don’t know if she suddenly decided,” the director comments, adjusting my summary. “She was attracted to and liked him and it grew from there. Shrabani [Basu, the writer of Victoria & Abdul: The True Story of the Queen’s Closest Confidant, on which the film was based] said, ‘Oh, she liked having him stand behind her,’ because he was so dashing. It flattered her.”

Victoria eventually gave Abdul a position of power in her household—to the dismay of her advisers, staff and even her heir. “She was just giving him precedence,” Frears again clarifies. “I imagine the household was a fairly racist institution, without having thought about it. Then she just became friends with him and she started to teach him English and he started to teach her Urdu.”

The director brushes off history questions about her reign and the era: “I probably know less about it than you do. I’m neither a Monarchist nor a Victoria-ist.” The idea, though, that Victoria was so sympathetic to the principles of Islam is “very satisfying, yes. How provocative it is.” Also, he loves the character of the “wonderfully batty” Queen.

“She just seems incredibly interesting—so eccentric,” he says. “All that business of loving sex and not liking her children! That’s quite striking.” And of course, he knew immediately which actress would be needed for the role.
“I said I’d only make the film with Judi. There’s only one person in the world who would be believable,” he admits, though he rejects the term muse when I suggest it. 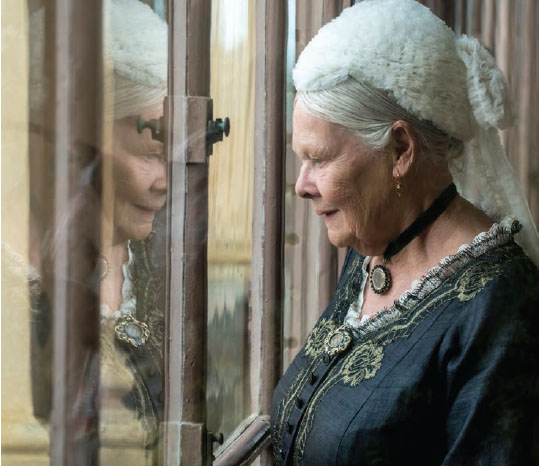 Dench, of course, is one of the world’s most acclaimed actors. Something more than a star, her accomplishments and talent have bestowed upon her a certain unassailable authority, a necessary ingredient for the portrayal of history’s most powerful woman. “Absolutely. That’s part of it,” he says, to my relief, agreeing. “Without thinking, that has to be part of the job. Very few people have that.”

As he compliments Dench, I wonder again if muse might not be the right word, eager to squeeze it into a headline. Certainly, judging from the photos, they’re friends. “She is my friend, yes. I don’t mean that I see her every day, but yes.” Muse, however, still isn’t working for him. “No, not remotely. She’s a very, very, very, very fine actress, and a very fine woman, and—I hope she, oh, I think she trusts me,” he says, emphasizing that word, which seems to imply a deep thing between directors and actors.

“I didn’t know if Judi would want to put that costume on again. You know, bless her, she’s done it, but you couldn’t take it for granted,” he adds, referring to the fact that Dench played Queen Victoria once before—in 1997’s Mrs. Brown. That film detailed the recently widowed Queen’s earlier friendship—also to the dismay of those around her—with Scottish Highlander John Brown, and won Dench her first Academy Award.

“No, it didn’t!” he laughs, seemingly tickled. “She won the Oscar for Shakespeare in Love, not for Mrs. Brown. You know nothing!” he says in such a wry, funny, warm way that I laugh too—while searching my phone for confirmation. (Judi Dench actually was nominated for Best Actress for her role in Mrs. Brown in 1997. She then won Best Supporting Actress the following year for Shakespeare in Love.)

Possibly out of pity, Frears reflects for a moment on all his Royal subjects: “Quite recently—oh, you’ll like this bit—I’ve been thinking, ‘Oh well, maybe this business of making films about Kings and Queens…’ I mean, this is, after all, what Shakespeare did. Maybe their lives are more interesting than other people’s. They’re momentous and they affect people. Maybe Shakespeare understood that. It’s quite a recent thought.” 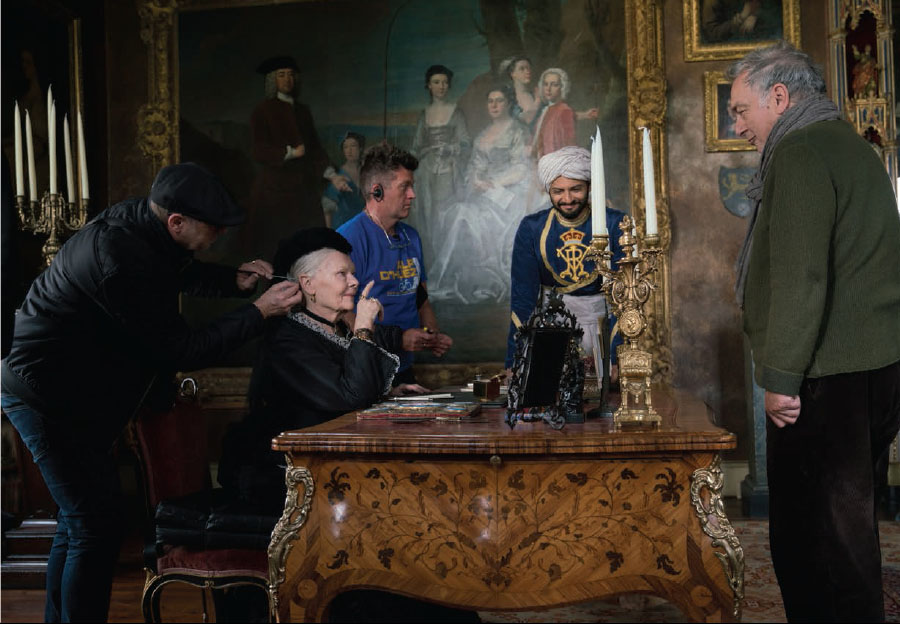 “Many people, when they picture Queen Victoria, are now going to picture Judi Dench,” I say. “Well, that’s not inappropriate,” Frears replies.[/caption]

Pressing on, I ask more about creating those films, historical fiction. Often, a movie is many viewers’ primary source of information; their only reference for a historical figure or event. “I remember they said to me in Venice: ‘You’ve now made the official version of the week of Diana’s death.’ I said, ‘Oh my goodness, I had no idea!’”

“It is a sort of alternative version of history, I suppose,” he contemplates. “I was brought up on Imperial History. In my classroom, there was a map of the world, a quarter of which was red. In the course of preparing [Victoria and Abdul] I realized that the words Indian mutiny were my version—they were an Imperial version of what happened. To the Indians, it was the uprising. It was quite a shock. … It’s complicated. You know, you are a small country and you export certain myths about yourself. In a way, I hope that the films I make are slightly tangential to the myth, or they undermine the myth in some way.”

I ask if that means Frears thinks he’s bringing out another side of the story—and even getting to some better historical truths? But in trying to pinpoint the meaning and purpose of art, I’ve gone too far.

Frears on casting dashing Indian actor Ali Fazal: “He came to see me in Bombay. Before he had left the room, as he was approaching the door, I said, ‘Well, I can see why Judi would like him!’”[/caption]

“You know, all you’re really saying is life is more complicated than you think it is. You think it’s simple; it isn’t, it’s complicated,” he answers with a simple finality. “But do I really think about that? No, I just read the script of The Queen or the script of Victoria and Abdul and liked them!”

With that, I prepare to leave, though he surprisingly assures me he’s happy to answer more questions. “As you see, I’m up to my eyes,” he says, waving at his perfectly spotless home—but I’ve already been visiting longer than the agreed-upon time—and distinct promises were made to the film’s publicist that I would not overstay. Also, this man, described last year in The Independent as “a British Bulldog” who famously dislikes interviews, has been shockingly gracious with my fumblings.

Perhaps it’s a soft spot for Americans? Or maybe, more specifically, he feels kindly toward you, our readers, those who crave and enjoy his varied visions of Britain from across the pond. As he said when we first sat down, “So this is for Americans who like British heritage? Thank God they exist! They keep me alive!” 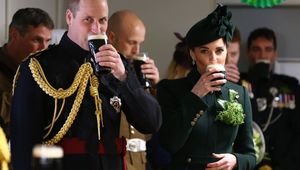 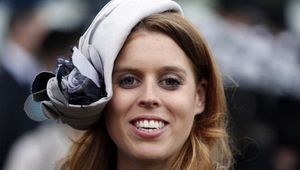 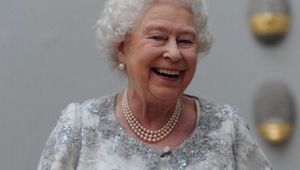 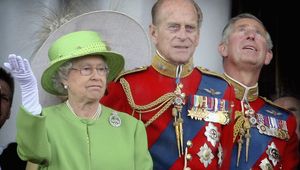 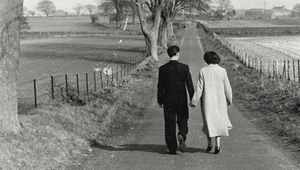 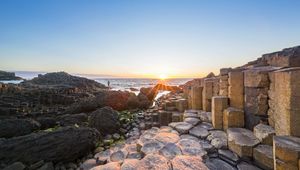 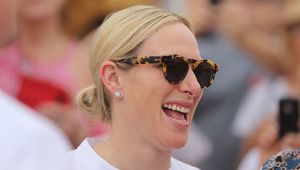 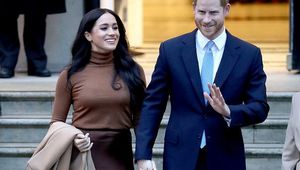 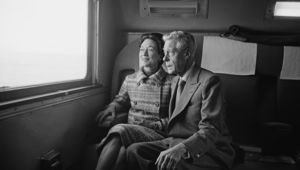