Scottish foods you should try before you die 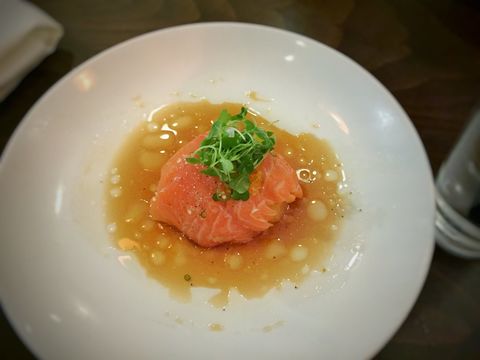 As part of Britain, Scottish cuisine sometimes gets a banded together with English and Welsh fare. But Scotland has its own thriving food culture that deserves recognition in its own right. Famed for the quality of their game, their thriving dairy industry, and outstanding seafood, there’s a whole host of dishes that deserve the same notoriety as that of the classic English dishes we all know and love.

While having such high-quality ingredients on their doorstep certainly helps, Scottish cuisine has the added advantage of local and international influences, both ancient and current, that results in a unique offering quite unlike anything you’ll experience elsewhere on the British Isles.

Scotland boasts a temperate climate and abundance of natural resources that have provided its inhabitants with a wealth of quality foodstuff for thousands of years.

The earliest settlers were known to have subsided themselves on what the sea had to offer, but when agriculture began primitive oats quickly became the main staple of the Scotsman’s diet, along with venison, boar, foul and songbirds in the latter half of the millennia. This was supplemented with expensive spices that were imported like cloves, pepper, and cinnamon. Of course, this was all well and good if you had the means to pay for these pricey commodities.

The lower classes lived off the produce of their animals, making dairy a valuable industry. The main source of a Scots diet before Sir Walter Raleigh introduced potato was bread made from oats or barley. It’s also known that it was common to carry a small bag containing oatmeal around that could quickly be made into porridge or oatcakes. Of course, porridge remains a mainstay of the Scottish diet to this day. In fact, they’ve made it into quite the art!

There have been many outside influences that have dictated the direction Scottish cuisine has taken over the centuries, most notably during the reign of Mary Queen of Scots. Her influence has had a lasting impression on the food landscape of Scotland to this very day. On her return to Scotland from France in 1561, she brought with her an entourage of French staff who revolutionized Scots cooking, from what they ate to even the vocabulary used.

Modern Scottish cuisine has of course been influenced by their English neighbours, but large scale immigration in recent decades has changed the cultural landscape. The 19th and 20th centuries saw huge numbers immigrating from Italy, moving the focus from preserved foodstuffs to the use of more fresh ingredients. Later in the century movement of citizens between the British empire from India, the Middle East, and Pakistan brought the influence of exotic spices to Scottish cooking. Today on the Scottish high street you’re just as likely to come across an Indian restaurant as you are a typical fish shop, with a medley of different cultures and influences merging to create what is a lively and truly unique food landscape.

Here are some Scottish dishes you simply must try before you die:

Scottish fare relies heavily on hearty ingredients, packed full of flavour. Potatoes and root vegetables are all a mainstay of the national diet, so dishes pack a heavy punch. 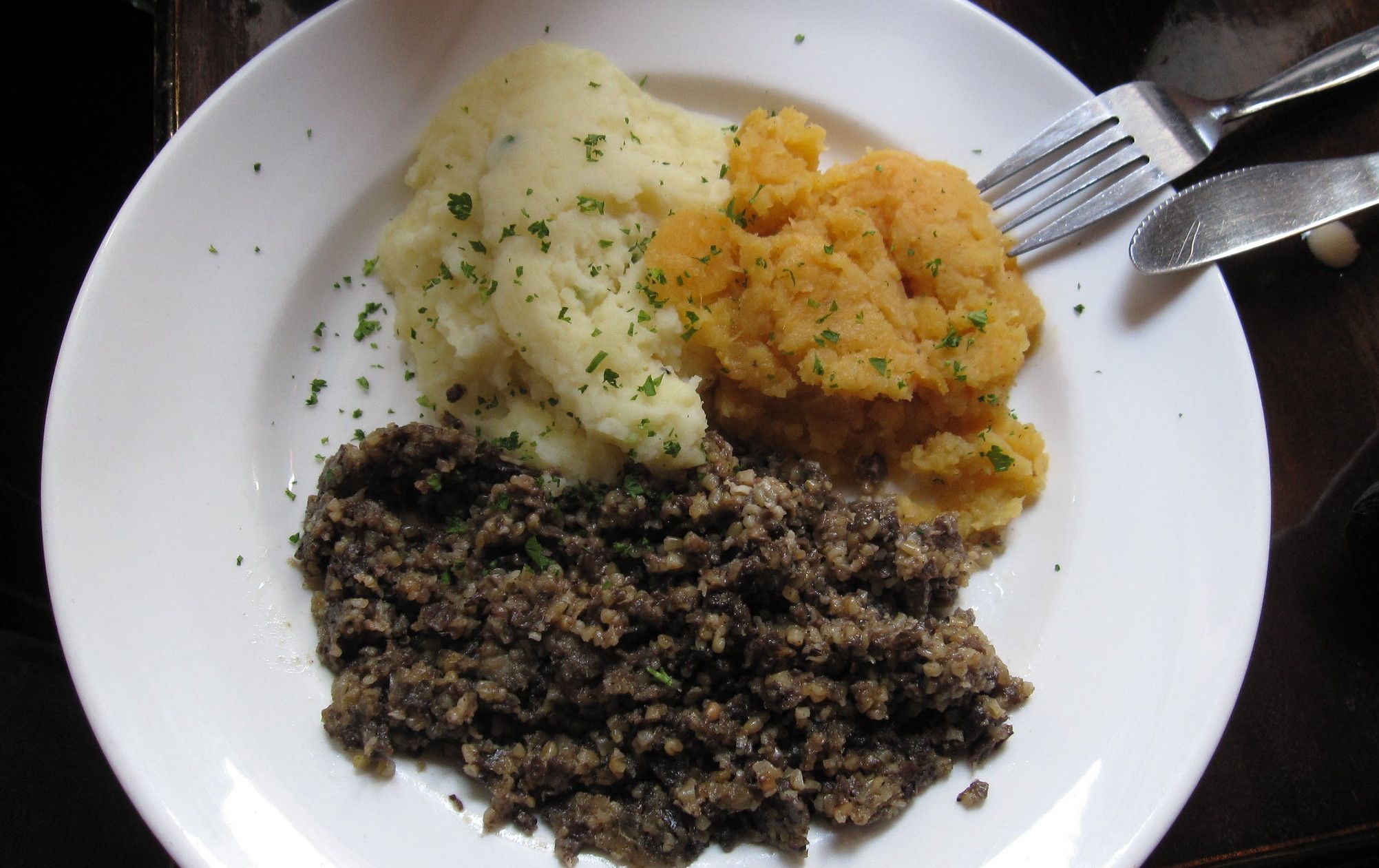 Arguably the most famous and misunderstood of all Scottish dishes, Haggis has a reputation of being something to avoid, unfairly though in our opinion. So what is it exactly? Haggis is described as a savoury pudding containing sheep’s pluck (heart, liver, and lungs), minced with onion, oatmeal, suet, spices and salt, mixed with stock and traditionally encased in the animal’s stomach, although today an artificial casing is mostly used. It should also be noted that pudding here refers to the British stuffed meat and not the sweet after-dinner treat. That might even be a step too far for us!

It is thought that haggis was created around the 1400s, and was a means to use up these quickly perishable off-cuts of meat. In the present day, haggis is widely available in Scotland but is most often eaten as part of the Burns Supper, on January 25th, to celebrate Scottish poet Robert Burns. Haggis is often served in Scottish fast-food establishments in the shape of a sausage, deep-fried in batter accompanied by french fries, in a dish entitled ‘haggis supper’. While not for the faint of heart, we recommend trying this local delicacy at least once in your lifetime!

While Scotland’s seafood has a world-renowned reputation of excellence, nowhere is it more deserved than for their Salmon. The freshwater in the lakes and sea makes it the perfect breeding ground for quality salmon that is unrivalled in taste and texture. While it’s available in the best of restaurants worldwide, nothing can beat eating it where it was made to be enjoyed.

Typically served as a side dish to haggis, ‘neeps’ and ‘tatties’ in fact refer to turnips and potatoes. Both mashed, they make a very fine accompaniment to any Scottish fare. Add gravy to the mix and you’re in for a very Scottish supper indeed. While admittedly not the most visually appealing meal, what it lacks in style it makes up for in taste. 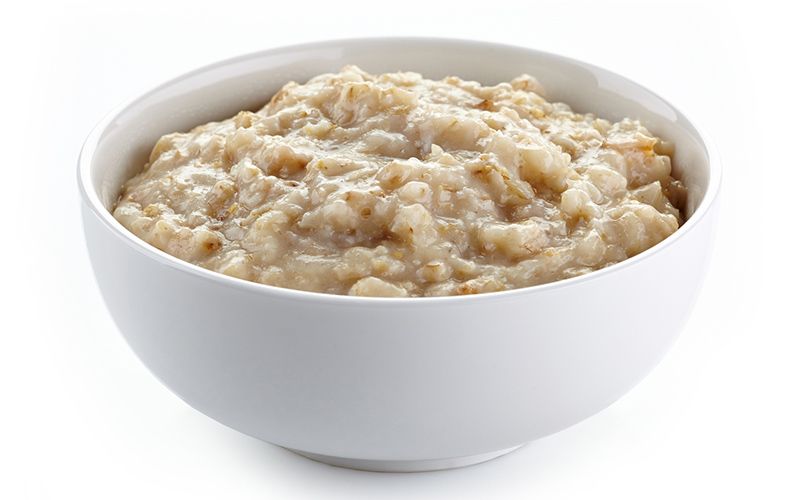 The Scots have made porridge making into an art form. Since medieval times oats have been a staple of the diet so understandably the recipe has evolved into something rather quite special. Since oats are the main grain used, the closest equivalent would be oatmeal, but it is made with salt as opposed to sugar. Tradition states the oats must be cooked in a heavy-bottomed saucepan and stirred with a wooden spoon (called a spurtle). If you really want the full Scottish effect, you must use your right hand and stir clockwise, to ward off evil spirits! A sprinkle of brown sugar finishes the dish off nicely.

Shortbread is Scotlands national cookie (or biscuit if you’re by way of the UK!) 1736 saw the first printed recipe for this wonderful invention. The secret to this all-butter cookie is to handle the dough as little as possible. The result is a melt-in-your-mouth, light crumbly delight. Of course, if this seems like too much trouble you can pick some up in practically every store you visit. The perfect accompaniment for a cup of afternoon tea!

It’s impossible to compile a list of Scotland’s national dishes without including this unusual concoction. Sold in fish and chip shops all over the country, the Mars bar is dipped in batter and deep-fried to perfection. It results in a warm, oozy treat, the likes of which you’re quite unsure to come across elsewhere.