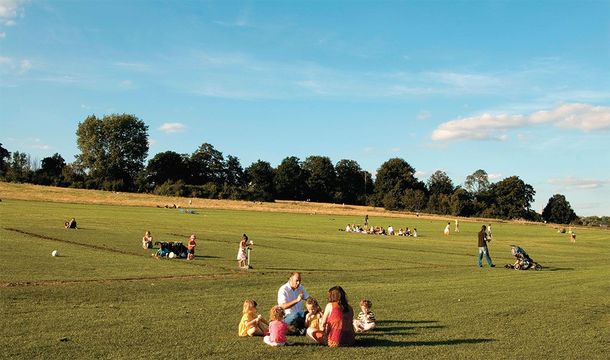 Jim Corbett reflects on childhood memories of one of London’s best-loved green spaces.

I am a North Londoner born and bred. In my family, I can trace at least seven generations of Londoners going back through two World Wars into the mid 19th century at least. They mostly lived in a smallish area of about a mile square encompassed by Camden Town and Kentish Town slap bang in the middle of the Northern half of the great city.

Although I now reside in Cork, Ireland, I frequently return to my old stamping grounds. The years have changed things, not always in a friendly way, but the car park behind our apartment block, where I took my first shaky bicycle ride and played outside, scoring my first goal for my beloved Arsenal, is unchanged. I pass the site of my first school now long gone, where I listen for the ghosts of Mr. Jackson and Miss Cheeseman. My secondary school, in its expanded original buildings on Highgate Road, continues its Victorian objective to be ‘Rather of Use Than Fame’. I can still find easily the places where my grandfathers worked–both named Bill and both caretakers, coincidentally–one in a school and another in a housing development.

But the place where I often make a pilgrimage and which was central to my family’s London life is a park. A very big park, called Hampstead Heath, which stretches from Kentish town northwestwards to Golders Green. It comprises 320 hectares, which is a touch bigger than Central Park in New York, but only half the size of the massive Richmond Park in South West London.  But because ‘The Heath’ is irregularly shaped it feels much bigger. You can walk for over 5 miles in a straight line at its longest point. In fact, it is a conglomeration of several directly adjacent parks. Parliament Hill in the South, Hampstead Heath proper in the centre, Kenwood in Hampstead itself, the Heath Extension to the north and Golders Hill Park to the North West.

These parks are all formally included within the boundaries of ‘Hampstead Heath’ and managed by the City of London Corporation. The Corporation normally manages only the ‘square mile’ of the Old City of London which was and still is one of the major financial centres of the World. The City of London is where the successors to London’s famous first Lord Mayor, Dick Whittington, reside and where the annual festival of the Lord Mayor’s Show takes place.

However, the Corporation takes on various major public enterprises in other parts of Greater London and it has done a very good job indeed of managing to protect and improving Hampstead Heath. The southern part provides formal meadows, a large athletic ground, a large outdoor swimming pool and Lido, children’s play areas, soccer pitches, tennis courts, a bowling green, a bandstand and a very nice café restaurant.  Moving away from this quite developed outdoor pleasure ground the country gets much more rural and agricultural and you are soon out of sight and sound of buildings or traffic. 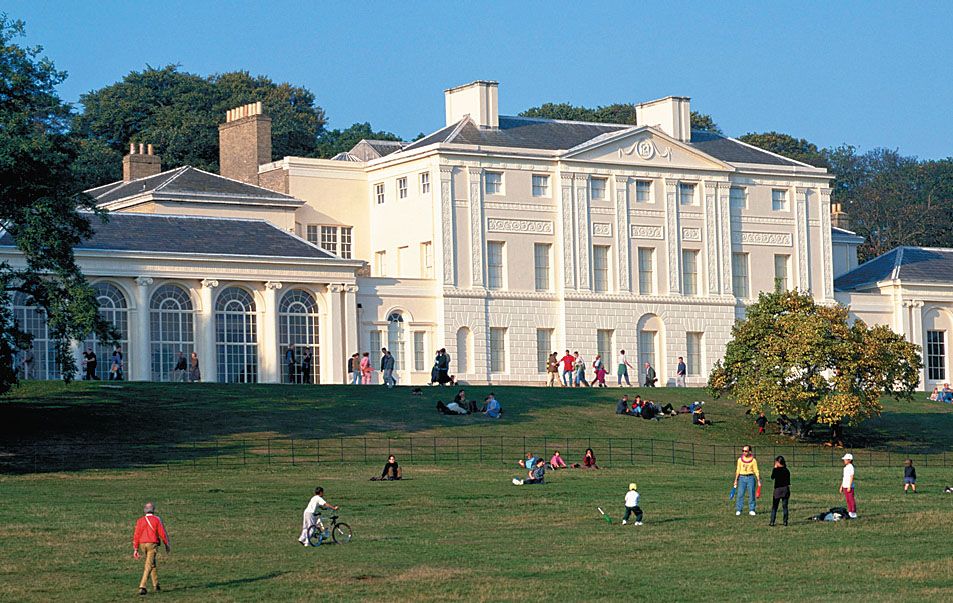 Every Sunday morning my family would go for a walk ‘up the fields’ as we called it. My Dad’s route almost always took us past the tennis courts to the famous Highgate Ponds, a string of four connected lakes which act both as reservoirs and locations for sailing model boats, swimming and fishing. These lakes are also the source of one of London’s rivers, the Fleet which was once an important waterway but which now runs in underground culverts southwards to the Thames.

Dad’s route then meandered through Kenwood, one of the last remnants of the ancient Middlesex Forest, to Kenwood House, otherwise known as the Iveagh Bequest, a fine Georgian country house originally owned by the Guinness family which you can enter free of charge to enjoy its magnificent art collection, before appreciating lunch in its excellent restaurant. We would return on a circular route towards the Vale of Health–a small enclave of very expensive houses entirely encircled by Hampstead Heath. According to legend, it was so named because the Great Plague of 1665 didn’t touch its residents, protected as they were by heathland and water.  Our route then switches to the southeast to take in Parliament Hill itself, known as Kite Hill to generations of London children and which provides from its peak the finest possible view of London. Then down from a height of 322 ft back to the starting point.

These walks meant that I knew virtually every tree and blade of grass on Hampstead Heath; even now you could drop me anywhere within its greenery and I would immediately know exactly where I was.

Parliament Hill is so-called because it is allegedly where the Gunpowder plotters of 1605 assembled to watch the Houses of Parliament go up with a bang. As we now know they were to be disappointed. However, I can add some more warlike associations. My school had an army cadet force at that time (now sadly defunct) and in those pre-terrorism days, we would often go on manoeuvres across the Heath on Friday afternoons, each clutching various real but outdated and definitely unloaded infantry weapons. Unimaginable now of course.

So it was that at 5.30 pm on a dark winter evening I was carpeted in no uncertain terms by the Colonel because I had managed to lose a sten gun, which was a rudimentary WW2 vintage machine gun. I will never forget his terrible threats of what might happen to me and to him, if I did not find and return the weapon to the armoury by first thing Monday morning. Of course I knew every step we had followed in pursuit of our enemy on the exercise and I could only think of one place where I would have put it down. I could remember the exact bush where I had taken cover and where I very much hoped it would be found.

The next morning with Dad and my younger brother we walked straight up the hill to the bush and there it was waiting patiently for me to collect.  Mind you we got some funny looks walking home carrying a machine gun and walking up to school the following Monday to return it as ordered. Once safely chained in the armoury no more was said about it.

During the Second World War my father and his brothers used to climb to the top of Parliament Hill to watch the Nazi V1 rockets, flying in over London only to suddenly drop and explode. On one occasion they took a very rare colour photograph of the view, luckily with no doodlebugs in sight, which one of my cousins sent to me a few years ago. I can’t imagine where the camera came from nor how they had the film developed in wartime, probably best not to know. More recently, 64  years later I took another from almost exactly the same point. The city has certainly changed but the Heath hasn’t changed so much.

One feature on the eastern slope of the hill is a white obelisk which legend says is where the plotters of 1605 gathered. But for my family and me it has a very different and more sombre significance for it is where we scattered my brother’s ashes when he died unexpectedly in 2006. I can never look at the photos of the view from the hill without thinking of him. I call it David’s view.

Hampstead Heath is a green marvel and oasis in central London. I have been gladdened to introduce my children and grandchildren to this wonderful place, which stands out in my family’s multi-generational memory. I have left blood, sweat, spirit, joy, triumph, sadness, love and a brother there, and wherever I may be my memory of it just proves that you can take the kid out of London but you can’t take London out of the kid. Enjoy it if you get the chance.