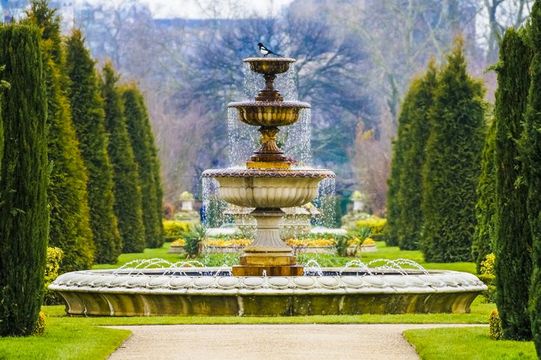 London’s Royal Parks are all stunning, and all different. Hyde Park’s metropolitan grandeur contrasts beautifully with the regal pomp of St James’s; hilly history at Greenwich in the east balances the woods and grasslands of Bushey in the west.

The ancient majesty of Richmond’s wild-roaming deer on a crisp autumnal morning is an experience to savor, while Kensington and Green Parks enjoy a cosmopolitan glamour all their own.

The park is filled with history

The Regent’s Park somehow manages to encompass a little bit of all those qualities. Designed by John “Beau” Nash, it embodies the kind of elegance you might expect from the Regency period, with grand stucco entrances, elegant statuary and sweeping lawns. It’s surrounded by some very, very smart Georgian residences, but it has so much more going for it than nice flowers and a few fountains.

A former hunting ground “acquired” by Henry VIII, the land was bought by George, Prince Regent in 1811. He intended to build a palace there, with detached villas for his friends. The palace never happened, but grand, sweeping crescents were built and still stand today.

Occasionally, on Open Squares Weekend, it’s possible to get into the private square at the southeast corner, via a strange “nannies’ tunnel” built for the army of Mary Poppinses who use the park every day with their well-heeled charges. Open Squares Weekend is usually the third weekend in June, and it’s really worth attending, even if only to feel like Hugh Grant and Julia Roberts in Notting Hill.

The nearest stations are Great Portland Street and Baker Street. Baker Street is one of London’s oldest tube stations and has a rather confusing layout thanks to years of expansion. On the plus side, it’s a rather lovely station, especially the entrance to the circle/metropolitan lines.

Do take a moment to pause by the beautiful art nouveau Baker Street War Memorial, commemorating the names of railways staff lost in two world wars. Sadly, the handsome wartime bombshell, converted into a collecting box for the Railway Benevolent Institution, has recently and mysteriously disappeared. 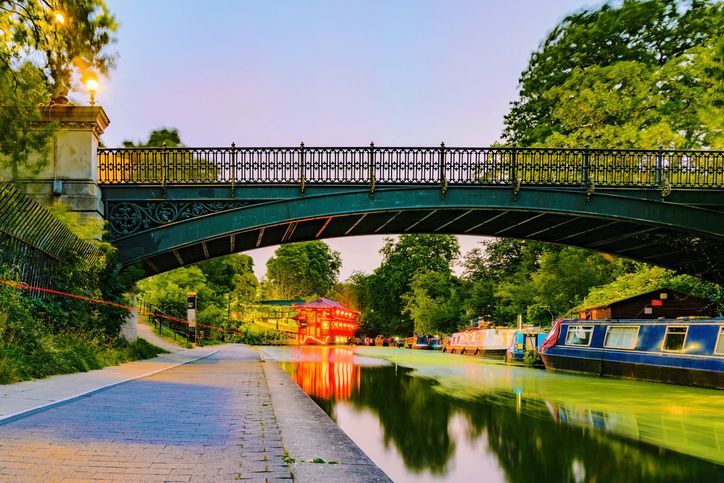 What's in the park?

Regent’s Park is created in two sections, divided by a ring road charmingly lit by old-fashioned street lights. The Outer Circle is largely parkland, with lakes and crisscrossed paths where you’ll see a good few of those nannies with prams and toddlers. Many of them will be making their way to the world’s oldest scientific zoo. The Zoological Society of London was established in 1826 and it’s still a major center for research. It’s worth seeking out the Grade I–listed Penguin Pool or, if you’re a Harry Potter fan, the reptile house.

For those looking for a more cultural visit, the Inner Circle at dusk (in the summer months) is a magical experience. Just walking toward the fairy lights marking the entrance to the Regents Park Open Air Theatre is wonderful. They don’t do much Shakespeare anymore (in fact, there isn’t any this year), but they have recently been making a big name for themselves in the world of musical theater. You can buy food in the restaurant before the show, but I usually bring a picnic to enjoy in the beautiful grounds.

The theater is only a small part of the Inner Circle. Queen Mary’s Gardens was named for the wife of King George V. It contains London’s largest collection of roses—around 12,000—which are at their fragrant best in June and July. 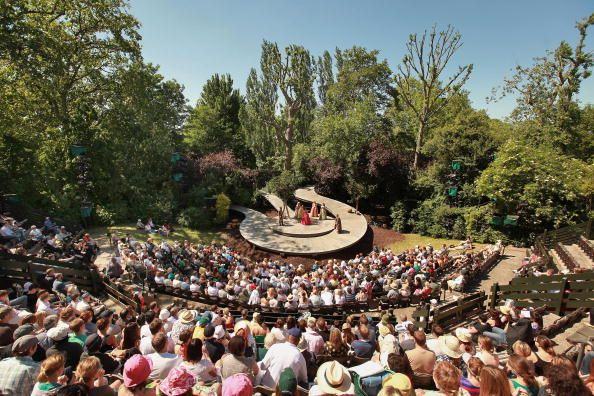 Read more: 4 Reasons to visit Britain- especially if you're an American

The park closes at dusk, but there is one (legal!) way to get inside the grounds at night. Once a month the delightfully-named Baker Street Irregular Astronomers invite all comers to join them in gazing at London’s night skies.

It’s free to join, and if you don’t have a telescope, there are lots of people that are more than happy to share their view of the heavens with you. Keep an eye on the website because often the date is not fixed until a couple of days beforehand, for an obvious reason: the great British weather.

The area around Regents Park is rich with attractions. Some of the more touristy things—Madame Tussauds and the Sherlock Holmes Museum—are at the Baker Street end on the south side, but if you’re looking for something a little different, take a stroll north along the outer circle, on the east side. Every building is noteworthy, but one particular gem is the headquarters of the ancient Royal College of Physicians.

Their original home in the City was destroyed in the Great Fire, and its replacement was bombed to destruction, but today’s building is considered to be one of the finest modernist masterpieces in the land. The small museum holds excellent exhibitions that punch way above their weight.

The latest, on women in medicine ancient and modern, opens on September 27, running to the end of the year. There’s an added delight for garden lovers. The RCP’s superb medicinal garden is open to the public, with free guided tours on the first Wednesday of each month from March to October. 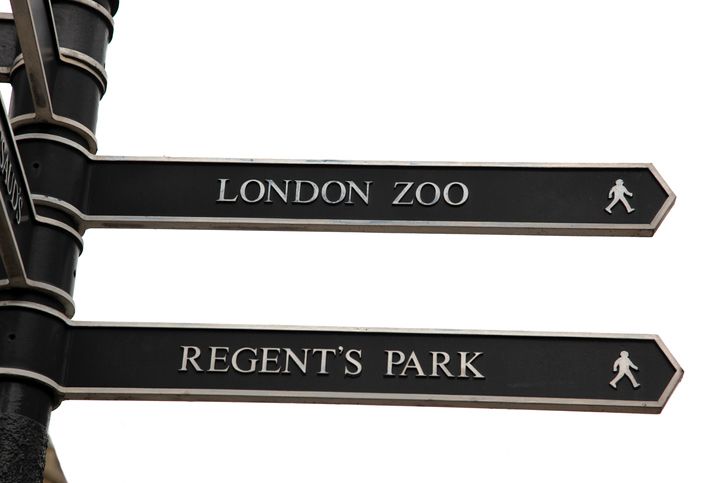 Refreshments - then on to Primrose Hill

If, by this point, you are in need of a little refreshment, check out the dozens of cafes in the back streets between Great Portland Street and Warren Street. My own personal favorite is Coffee, Cake and Kisses, a venture funded via Kickstarter last year.

A beautiful place that manages to be both tiny and spacious, the café prides itself on welcoming absolutely everyone, both as guests and waiting staff. Tables are widely spaced so that visitors—and even staff—who use wheelchairs or walking aids can move around freely. The cake is divine, and I am a regular.

When people think of Regent’s Park they often don’t realize it has a baby sister. Primrose Hill, to the north of the Park, was once part of the same hunting grounds appropriated by Henry VIII. It was a wild place, host to dastardly duels and illicit prize fights. The land was bought in 1841 to extend Regent’s Park.

The idea was that local poor people could enjoy some open air. There aren’t too many “local poor people” in Primrose Hill anymore; it’s one of the city’s most exclusive areas, but the hill is still magnificent and, at its summit, provides one of London’s famous protected vistas. 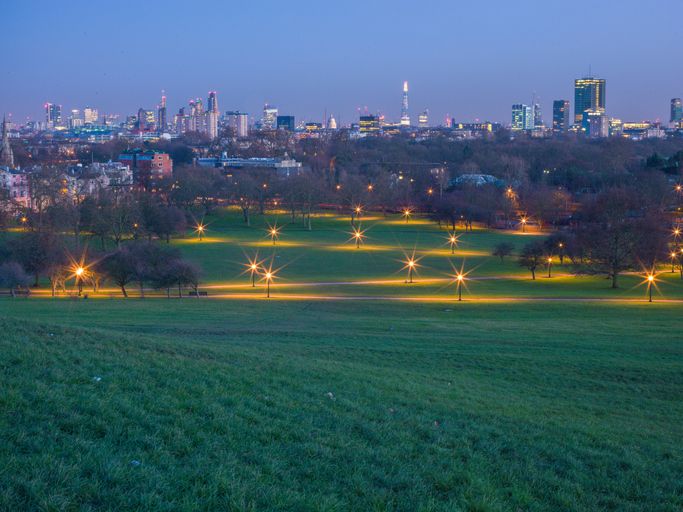 Cecil Sharp is known as the father of the massive folk song revival at the beginning of the 20th century. He spent years collecting and preserving ancient songs, poems and dances from elderly people who remembered them from their youth in early Victorian times and founded the English Folk Dance Society.

Cecil Sharp House still celebrates folk music of all kinds and is host to all manner of concerts, recitals and classes. Even if you’re not there to view the national folk collection, it’s worth visiting the café. The fresh-daily soup is particularly good.

The Regent’s Park is so very central that you can pretty much pick your direction after a visit. To the northwest lies Belsize Park, where you’ll find Abbey Road Studios and Lords Cricket Ground, and to the northeast lie the delights of Camden Town. In the south, the cutesy shops of Marylebone and Fitzrovia, the Wallace Collection and, eventually, Oxford Street tempt shoppers.

If you’re asking me, however, few things beat a walk along the Regent’s Canal towpath, which runs from Little Venice in Maida Vale, through Regent’s Park all the way to the Limehouse Basin and the Thames in the east. You can even take a narrowboat ride along the canal. 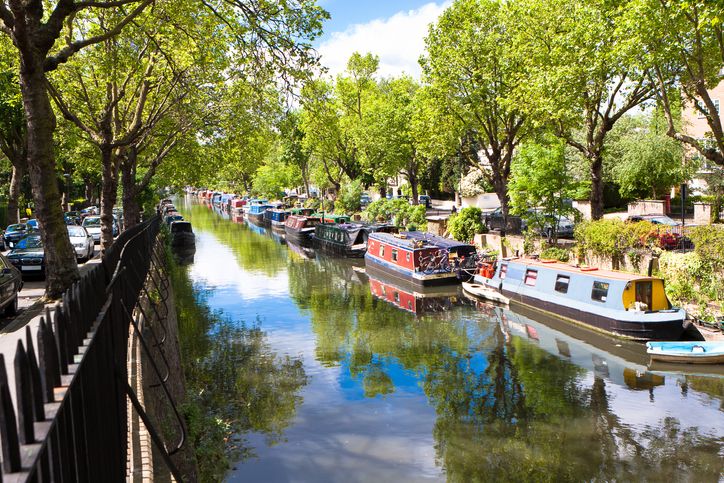 Read more: Let us help you organize your next trip to Britain