The history behind British Christmas carols 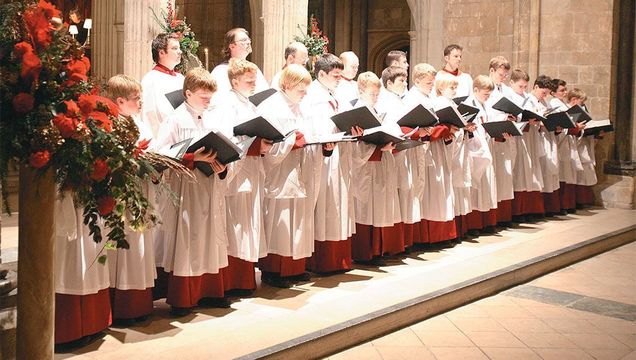 As in churches all over England, these choristers at Chichester Cathedral rehearse sacred carols, some of which have been sung here for centuries.

A baby in a manger, wise men, goodwill, peace on earth, holly and ivy, figgy pudding, merry gentlemen, roasted boar… and a partridge in a pear tree! Who’s for a carol? Or rather, what are carols?

A mixed bunch, that’s for certain—and no wonder, given their colorful ancestry and evolution. Composer John Rutter calls them the wildflowers of our musical and literary culture, and a lot of busy bees over the centuries have effected some interesting cross-pollination: between Christian and pagan, religious and secular influences; joyous hymns celebrating the birth of Christ, vernacular songs with dancing tunes—“carol” in modern usage is a veritable catchall for a lively variety of Christmas music-making.

The first use of the word in English denoted a round dance, from the old French carole and, before that, the ancient Greek choros. It had nothing to do with Christmas, which was celebrated in church, in Latin. The tune of “Ding! Dong! Merrily On High,” originally the accompaniment to a scandalous 16th-century French dance in which men scooped up their female partners, is a continuing heir of this dance tradition.

St. Francis of Assisi (c. 1181-1226) is credited with playing a key role in bringing carols into the House of God. It’s said he began the custom of creating a crib in Italian churches during the Christmas season, around which children would sing and maybe dance. The saint and his order of friars wrote devotional poems in the vernacular set to popular folk music, as a way of teaching the secular public about Christ. When the Franciscans arrived in England early in the 13th century, they began composing in English for the native population—the carol “A Child Is Boren Amonges Man” dates from before 1350.

In medieval religious carols, Mary is popularly depicted as the new Eve (“Nova! Nova!”) or identified with the rose (“There Is No Rose of Such Vertu”). But Nativity figures are also portrayed as ordinary human beings:

Mary lulling her baby to sleep (“Lullay, Lullow: I Saw a Swete Semly Syght”), while “doubting Joseph” carols expressed a husband’s concerns over the paternity of his wife’s child, a favorite theme of medieval mystery plays. 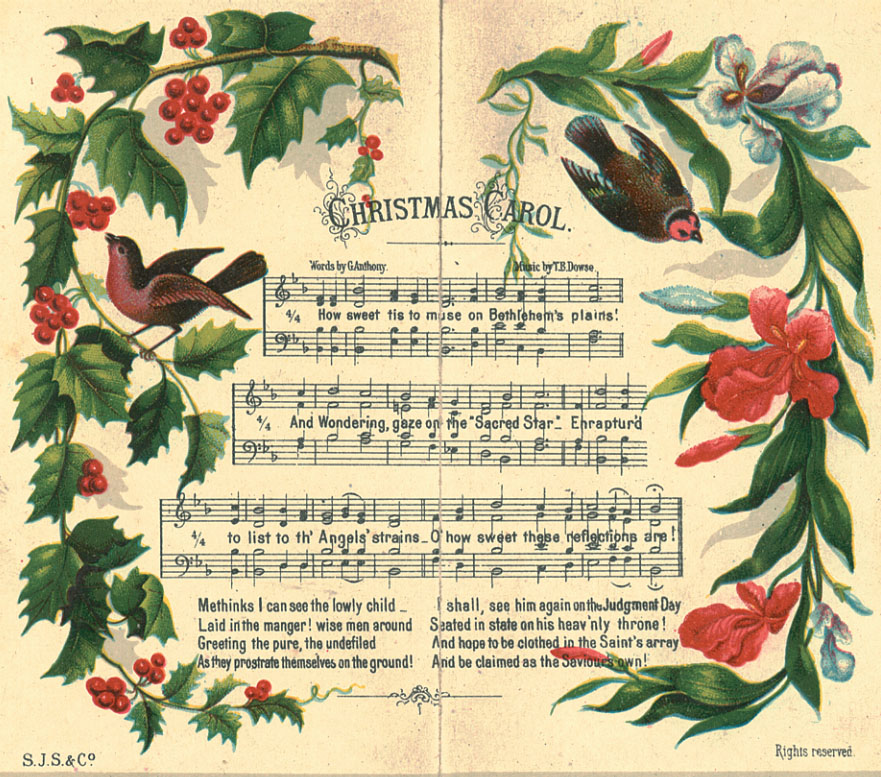 Accessible and tuneful, Christmas carols have remained a lively populist music through the centuries. From medieval religious carols to this 1893 Christmas card, carols communicate to the common folk the message and merriment of the season. AMORET TANNER/ALAMY

The common man could understand such songs.

These early carols were not necessarily linked to the Nativity, however—any season could be celebrated and at least some were intended for banquets. “At the Table in the Medell of the Hall sat the Deane and thoos of the kings Chapell, which incontynently after the Kings furst Course sange a Caralle,” records a 1487 description of Twelfth Night festivities.

The first printed collection of carols came from the press of Wynkyn de Worde in 1521. It included the “Boar’s Head Carol,” a feasting song with roots in the Viking custom of sacrificing a swine to the god Frey. Indeed, pagan motifs mixed freely with Christian in medieval lyrics, as witnessed by countless holly and ivy texts with their male-female symbolism and overtones of Saturnalia.

Carol singing in churches was curbed during and after the Reformation (Calvinist factions regarded the Christmas feast as a popish abuse), and under Puritan rule, it was banned. Although the restoration of the monarchy in 1660 lifted official prohibition, the established church dragged its feet.

The Book of Common Prayer offered no specific provision for seasonal hymns, and it was only when poet laureate Nahum Tate’s “While Shepherds Watched Their Flocks By Night” was included in the 1700 Supplement to the New Version of the Psalms that a Christmas hymn was permitted to be sung in Anglican services.

During this time the survival of carols was left to those outside the church, handing on songs from plays like the “Coventry” carols, or through waits and wassailing. The waits (watchmen) who patrolled city streets at night turned to music at Christmas, playing outside citizens’ houses for reward. The idea that visiting singers brought good luck had also given rise to wassailing (Anglo-Saxon waes hael meaning “be healthy” or “good cheer”).

Wassailers carried a bowl of hot, spiced ale or wine with them and shared a drink with their host, who generously replenished the liquor and sent them on their way with gifts. “We Wish You a Merry Christmas,” with its demands for figgy pudding and “God Rest Ye Merry, Gentlemen” both hail from “luck visit” traditions.

Songs of the people

Two developments played a significant role in rescuing carols from being “mere ditties which now exclusively enliven the industrious servant and the humble labourer,” as one observer wrote in 1826.

The first was the 18th-century rise in congregational hymn singing in church, largely influenced by the Methodists. The second and most important was the Victorian revival or reinvention of the “olde English” Christmas, which saw folksong collectors such as Cecil Sharp writing down oral traditions, European repertories being plundered and many new carols being penned. Gradually, churches opened their doors again, and carols, “tidied up” and with melodies regularized, were even deemed fit for cathedrals.

In the 20th century, carol writing has enjoyed mixed fortunes, with John Rutter a standout leader in the field. But carol singing is as popular as ever. Strange, then, we hardly pause to wonder where our favorites come from. While there are hundreds whose music and words are by anonymous hands, a potpourri dip also produces some interesting stories.

For many people, the singing of “Once, In Royal David’s City” at the beginning of the well-known Service of Nine Lessons and Carols broadcast each Christmas Eve from King’s College, Cambridge, marks the beginning of Christmas festivities. It was written by Cecil Frances Alexander, an Irish poet, hymn-writer and bishop’s wife, for her Hymns for Little Children (1848), after she overheard her godchildren complaining about the dreariness of the catechism.

Her hymns, which also included “All Things Bright and Beautiful,” sought to inspire through “the language of verse, which children love.” Married to H.J. Gauntlett’s tune, it has succeeded in doing so for more than 150 years. Equally charming is the fact that John Byrom, a scholar of Trinity College, Cambridge, wrote the 18th-century hit “Christians, Awake!” (1749) in response to his daughter Dolly’s request for an unusual Christmas gift. She was delighted.

Some matchings of text and music have been more controversial. “Hark! The Herald Angels Sing,” by Methodism’s co-founder Charles Wesley, appeared in his Hymns and Sacred Poems (1739) with the opening lines: “Hark, how all the welkin [heaven] rings, Glory to the King of Kings.”

Subsequent editors greatly tinkered with the words, though Wesley detested changes to his work. (What would he have made of the version circulating following the 1936 abdication crisis, “Hark the herald angels sing / Mrs. Simpson’s pinched our king”?) Felix Mendelssohn’s rousing tune, nowadays taken for granted, was actually written for an 1840 festival celebrating Johannes Gutenberg, regarded as the inventor of movable-type printing. If Wesley and Mendelssohn could have protested beyond the grave when W.H. Cummings wedded text and music in the 1850s, they would have done so: Wesley had requested slow, solemn music; Mendelssohn was certain his music “will never do to sacred words.”

The development of the universally loved “O Come, All Ye Faithful (Adeste Fideles)” is even more tangled, though it’s believed to have emanated c. 1740 from a plainchant scribe, John Francis Wade (1711-86). The tune was also used in vaudeville in Paris in 1744, where it was known as Air Anglais! 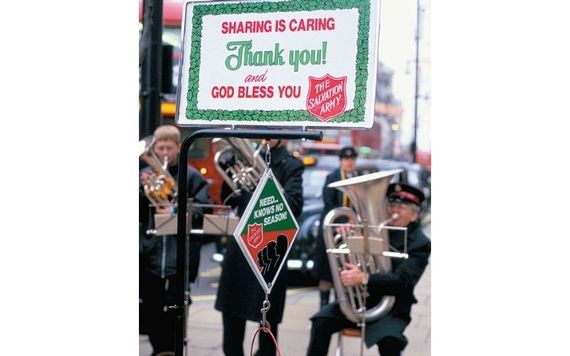 And why sing about “Good King Wenceslas”? The distinguished 19th-century liturgist and English hymn translator J.M. Neale wrote the words to fit the 14th-century tune of a spring song he had come across (Tempus Adest Floridum). Wenceslas is Vaclav the Good, ruler of Bohemia 922-929, who was noted for his pious ways. Murdered by his brother’s followers, he later became patron saint of Bohemia (and the modern Czech Republic). His kindness to the poor man in the carol, taking him food, drink and fuel on St. Stephen’s Day, has no known historical basis: It was probably Neale simply encouraging listeners to be charitable to others, St. Stephen’s Day (Boxing Day) being a customary day for giving to the poor.

Even more mystifying, because it has been the subject of florid speculation, is “The Twelve Days of Christmas.” Its origins lie in a Twelfth Night memory and forfeits party game: Each player recited the objects named by previous players—a partridge in a pear tree, two turtle doves… and added one more. Various versions appeared in broadsides (printed songs sold by hawkers) from the early 18th century and many interpreters have been keen to read arcane messages into its jolly text: for example, that the partridge symbolizes the devil. Or that the verses were written as a covert method of helping young Catholics remember the catechism at a time when their religion was suppressed in England—the partridge in a pear tree is Christ upon the cross, two turtle doves represent Old and New Testament, and so on. With no evidence to support it, the notion is consigned to urban myth.

Carols, the wildflowers of England’s musical heritage, may have grown with unpredictable abandon across the centuries. They may embrace the childlike and simple as well as the beautiful and graceful, the sacred as well as the excesses of secular Christmas. But they continue to provide bright winter bouquets for the common man.