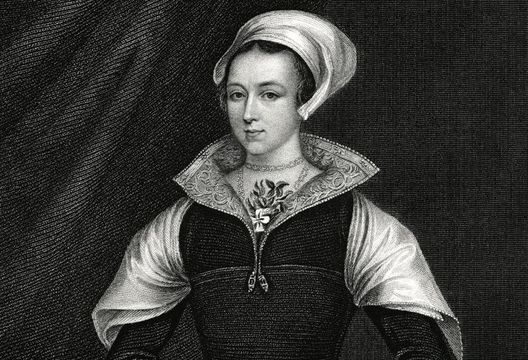 As discoveries unearthed at an archaeological dig at Bradgate Park in Leicestershire revealed the supposed birthplace of Lady Jane Grey, it is very timely to follow in the footsteps of this tragic young Queen, writes Deanna O’Connor.

Lady Jane Grey was Queen of England for just nine days before her untimely end. From her birth in c. 1537 to her final days in the Tower of London, from where she was led to her execution, aged just 16, these are where the major scenes of her short and tragic life played out.

Generations of the Grey family lived at Bradgate House, in Bradgate Park, Leicestershire, for over 200 years. The site has been subject to archaeological excavations since 2015, and newly-discovered stone building remains are thought to be the foundations of Lady Jane Grey’s childhood home.

Project Co-director, Dr. Richard Thomas, from the University of Leicester’s School of Archaeology and Ancient History, explains: “Excavations over the last four years have shown that people have been coming to Bradgate Park for a very long time. We now have evidence of Ice Age hunting, Mesolithic hunting, Iron Age settlement, and a medieval hunting lodge. 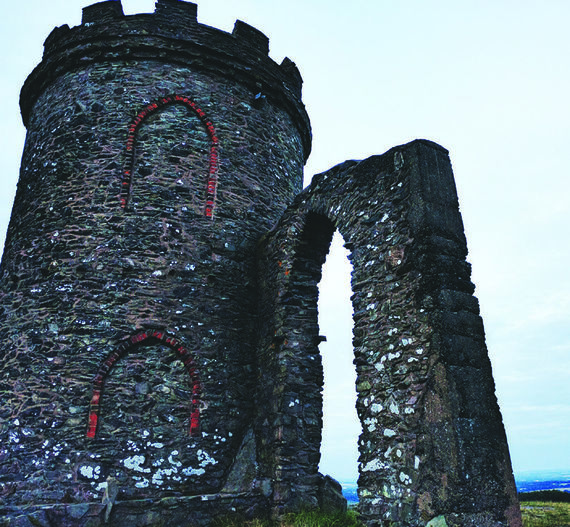 “Our most surprising find, however, has been the discovery of stone buildings pre-dating the brick structures of Bradgate House. While Bradgate House is such an iconic site, very little is known about the standing structure and how it changed over time. Our evidence suggests that the home Lady Jane Grey would have recognised, may have looked very different from what we see today.”

Now in the fifth season of excavations, the team hopes to better understand how Bradgate House has changed over time. Dr. Thomas continues: “We are focusing attention on a series of stone structures that underlie the standing brick buildings. We will be trying to date their construction and when they were demolished to make way for the current structures. We also hope to find evidence that tells about the living standards of one of the most important families in Tudor times.”

Lady Jane Grey is thought to have been born here, the great-granddaughter of King Henry VII; his younger daughter Mary was her grandmother. Evidence suggests she had an excellent humanist education, speaking and writing Greek and Latin from an early age, as well as learning Hebrew with her tutor, John Aylmer. She also learned Italian with Michelangelo Florio and was proficient in French. Through the influence of her father and her tutors, she became committed to the Protestant faith and was known to have corresponded with Swiss religious reformer Heinrich Bullinger.

A visiting scholar, Roger Ascham noted that she preferred books to joining family hunting trips, and told him, “their sport in the Parke is but a shadoe to the pleasure I find in Plato. Alas! Good folke, they never felt what trewe pleasurement.”

She is also said to have complained of an unhappy upbringing to Mr. Ascham, saying: “For when I am in the presence either of father or mother, whether I speak, keep silence, sit, stand or go, eat, drink, be merry or sad, be sewing, playing, dancing, or doing anything else, I must do it as it were in such weight, measure, and number, even so perfectly as God made the world; or else I am so sharply taunted, so cruelly threatened, yea presently sometimes with pinches, nips and bobs and other ways (which I will not name for the honour I bear them) ... that I think myself in hell.”

Jane was to escape this hell briefly, as she was sent away to another household.

In early February 1547, Jane was sent to live in the household of Thomas Seymour, who that year wedded Catherine Parr, Henry VIII’s widow. Upon their marriage, Seymour moved to his wife’s home, Chelsea Manor in London, where Catherine was living with her step-daughter, the then-14-year-old Elizabeth I. 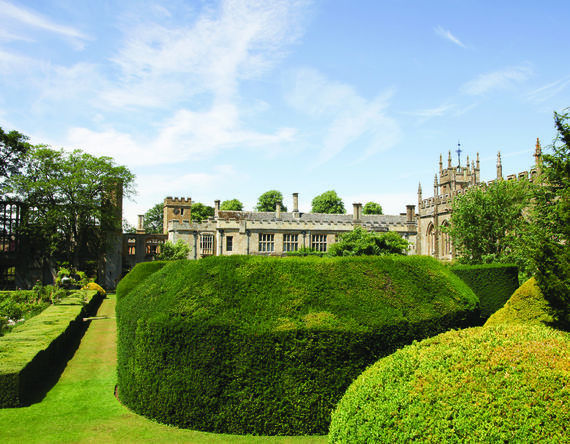 Sudeley Castle, in the Cotswold.

In June 1548, the household moved to Sudeley Castle, a Cotswold stone building set in parklands and ornate gardens, and awaited the birth of Catherine’s child.

Catherine died of a fever soon after giving birth to a baby girl in September 1548 and the eleven-year-old Lady Jane acted as chief mourner at her funeral, walking behind the coffin from the house to the chapel at Sudeley. She returned to Thomas Seymour’s household afterward but political intrigues were already heating up and Thomas Seymour was arrested two months later, and among other things, was charged with trying to marry Jane to the young and sickly King Edward.

Seymour’s brother, the Lord Protector, Edward Seymour, First Duke of Somerset, had felt threatened by Seymour’s closeness to the King and was not about to let them get in the way of his hunger for power. Jane’s father was lucky to stay out of trouble during this time but Seymour was executed. Her father then proposed Jane as a bride for the Lord Protector’s son but nothing came of it.

Jane’s engagement to Lord Guildford Dudley, a younger son of John Dudley, First Duke of Northumberland, took place in the spring of 1553. At this time The Duke, Lord President of the King’s Council from late 1549, was the most powerful man in the country. Jane was married in Durham House on 25 May 1553, in a triple wedding - Jane’s sister Catherine was married to the heir of the Earl of Pembroke, Lord Herbert, and Lord Guildford’s sister, also a Katherine, was married to Henry Hastings, the Earl of Huntingdon’s heir.

Historian Giles Tremlett described Durham House, in the 16th century, as “a grand, solid-looking bishop’s palace in the smartest part of suburban London. One of half a dozen large, noble houses with extensive gardens strung along the River Thames by the Strand. Maps from later in the century show a short drive leading down to a two-storey palace whose broad facade, punctuated by a pair of three-storey towers, lay directly on the river. The main house sat around a courtyard. A walled garden looked out over the Thames towards Lambeth and its marshes.”

While the wedding festivities included “games, jousts, a great feast and two masques, one performed by the men of the court, the other by the women”, it was not a love match or any cause for celebration for Jane and she was sent home to her parents’ household immediately after the wedding.

She was a pawn in a dangerous game being played out by her elders. In June 1553, as he neared his death, King Edward VI nominated the Protestant Jane and her male heirs as successors to the throne in his will, usurping his sister, Roman Catholic Mary, of her right to the Crown.

Edward passed away soon after, on 6 July 1553, and Jane was proclaimed Queen of England, France, and Ireland on 10 July 1553, - she is said to have fainted upon hearing the news. As was customary in those times, she made her way to the Tower of London to await coronation.

After reluctantly acceding to her new royal role, Jane refused to name her husband Dudley as King, and bestowed on him the title of Duke of Clarence. As she waited in the Tower, support for Mary was growing, while Jane’s supporters lost their nerve. The Privy Council of England switched allegiance and declared Mary as Queen on 19 July 1553. Jane’s father-in-law, the Duke of Northumberland, was charged with treason and executed that September. Although Jane was also charged with high treason, and sentenced to “be burned alive on Tower Hill or beheaded as the Queen pleases” Mary initially spared her life and kept her prisoner at the Tower - Jane in the Gentleman Gaoler’s apartments, her husband Dudley in the Beauchamp Tower. 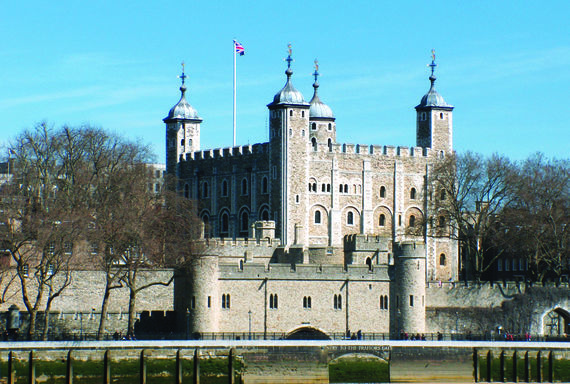 The Tower of London.

However, her favour did not last long as her father’s involvement in opposition to Mary’s intention to marry Philip II of Spain meant Jane was once again viewed as a threat to the Crown. Jane and Dudley were scheduled to be executed on 9 February 1554.

It was then postponed for three days and Mary sent her chaplain John Feckenham to convert Jane to the Catholic faith. Jane did not acquiesce to his efforts to save her soul, but did befriend him and allow him to accompany her to the scaffold on 12 February 1554.

Jane and her husband were buried at Church of St Peter ad Vincula, at the Tower of London, on the north side of Tower Green. No memorial stone was erected at their grave. No proven portrait of her even survives. Her ghost has made several appearances at the Tower, most famously in 1957 when two guards said they saw a woman walking above the battlements.