The amazing London of Samuel Pepys 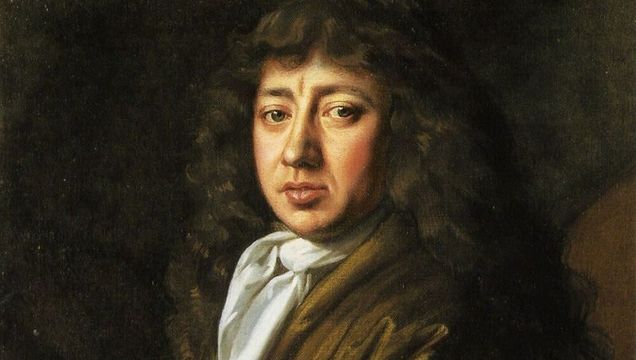 For four decades the gadabout diarist reported on the epic events of London city, most notably the Great Fire of London.

Thousands lived through the English Civil War, plague, invasion threats and the Great Fire of London. None wrote about them like Samuel Pepys, naval administrator, Member of Parliament and bon viveur.

His London was a medieval city on the cusp of modernity, full of wooden buildings and stinking alleyways straining toward something new. Pepys’ diaries, 1660-69, are an intoxicating combination of the current affairs and his current affairs, told with the honesty of a man who never expected anyone else to read them.

Born on February 23, 1633, in Salisbury Court behind Fleet Street, Pepys was baptized at St. Brides. The crypt of Christopher Wren’s prettiest post-fire church (reputedly the inspiration for the modern wedding cake) houses the remains of no fewer than six previous incarnations.
Even as a child Pepys had to “be there,” sneaking off from school to witness the beheading of King Charles I on January 30, 1649. He retained a lifelong horror of executions, yet as a true reporter, felt it his duty to witness them.

"Out to Charing Cross to see Major-General Harrison hanged, drawn, and quartered; which was done there, he looking as cheerful as any man could do in that condition.”

After studying at Cambridge, Pepys married 14-year-old Elizabeth St. Michel in 1655 at St Margaret’s, in Westminster Abbey’s shadow. Elizabeth and Sam loved each other passionately but their relationship was stormy. His jealousy was unfounded; hers was not. Betty Lane, her sister Doll, the actress Mrs. Knipp, Pepys’ supplier Bagwell’s wife (unnamed) and any number of shop girls, tavern-wenches and servants caught his lustful eye. After each dalliance, Sam returned full of remorse and bearing some costly bauble, only fuelling Elizabeth’s suspicions.
1st Jan, 1661 ”Blessed be God, at the end of the last year I was in very good health, without any sense of my old pain … I live in Axe Yard, having my wife and servant Jane, and no more in family than us three.

Axe Yard was just south of present-day Downing Street in Westminster. It was a run-down area, but for a man with ambition, a necessary evil. Pepys’ “old pain” was a bladder stone he’d undergone risky surgery to remove. He kept the stone in a jar and drank to it once a year.

Parliamentary rule didn’t last much longer than its father, Oliver Cromwell, and the exiled Prince Charles was invited to return to England as King. In May 1660, Pepys leaped at the opportunity to accompany Sir Edward Montagu to the Netherlands to collect the prince. Naturally, he attended the coronation in Westminster Abbey, though it was a long, drawn-out affair.

“I had so great a lust to pisse, that I went out a little while before the King had done all his ceremonies.”

Westminster Hall, where Pepys witnessed the coronation banquet, is still used for grand dinners. Inside, it remains much the same, including an exquisite, 900-year-old hammer beamed roof.

Court life centered around Whitehall. Under the extraordinary rubens ceiling at Banqueting House, infamously the setting for the former king’s execution, Sam would tittle-tattle, hob-nob, brown-nose and, of course, ogle the girls.

“My Lady Castlemaine stood over against us upon a piece of White Hall, where I glutted myself with looking on her…”

Pepys was offered Clerk of the Acts to the Navy Board, a house in Seething Lane, a stone’s throw from the Tower of London, and £350 a year. He and Elizabeth loved Seething Lane, constantly updating and renovating. The house no longer exists, but a small garden dedicated to Pepys remains.

However successful Samuel Pepys was professionally, we remember him as a carouser. He went to the theater no fewer than 351 times. He liked Ben Johnson, hated Shakespeare (except Macbeth) and loved the actresses. It is Pepys who described orange-seller-made-good Nell Gwyn as “pretty, witty Nell.” Today only Drury Lane’s Theatre royal can lay a claim to Pepys. The current building dates to 1812, but the site has the oldest continuous use as a theatre building.

“The house is made with extraordinary good contrivance, and yet hath some faults, as the narrowness of the passages in and out of the Pitt.”
Sam drank at what seems to be every tavern in town. one of his favorites, the Cock on Fleet Street, was rebuilt in 1888, but its gilded cockerel and fireplace would be familiar to Pepys if he had ever diverted his attention to furnishings.

“…to the Cock Alehouse, and drank, and ate a lobster, and sang, and mightily merry”
17 Fleet Street remains much as Pepys would have known it. In his day it was the Fountain, built in 1610.

“…to the Fountain tavern and there staid till twelve at night drinking and singing”
Sadly, although the first floor houses a Pepys museum, it has been closed for years.
The 1520 Prospect of Whitby near Tower Bridge was known as the Devil’s Tavern in Sam’s day. He didn’t mind its dubious reputation. He probably added to it.

Pepys regularly visited the navy’s shipyards in Deptford and Woolwich. The most reliable way to travel was by water, and any number of stairs down to the river survives. The boatmen cheeked and even faced him, so he would cross London’s only bridge and walk, rejoicing in the nightingales of Greenwich Park and singing to himself along the way.

“I did in Drury-Lane see two or three houses marked with a red cross upon the doors and ”Lord have mercy upon us’ writ there—which was a sad sight to me.”

Samuel and Elizabeth moved to Kent to avoid the plague. Queen’s House at Greenwich, home to an offcial portrait of Pepys, also holds a charming view of Greenwich with Sam and Elizabeth in the foreground. In the midst of the plague’s horrors Pepys’s spirits turned to the trivial:

“…it is a wonder what will be the fashion as to periwigs, for nobody will dare to buy any haire for fear of the infection.”

The couple moved back to Seething Lane, but worse was to come.

“Jane called up about three in the morning to tell us of a great fire they saw in the City… I thought it far enough off and so went to bed again.”

This was no ordinary blaze, however. Sam and Elizabeth watched from a boat as the town burned.

“A most horrid malicious bloody fame, not like the fine fame of an ordinary fire … It made me weep to see it.”

“Fire drops” stinging their faces, they retreated to “a little ale house” on the south bank. rebuilt in 1676, The Anchor is a fascinating maze of passageways, odd rooms, fireplaces and creaking floorboards.

September 2nd continues with the proudest moment in the diary:

“So I was called for, and did tell the King and Duke of Yorke what I saw, and that unless his Majesty did command houses to be pulled down nothing could stop the fire.”

On Pepys’ advice, Charles ordered great tranches of medieval London demolished. By moonlight, Samuel and his friend Admiral Penn (father of William, founder of Pennsylvania) dug a hole in the garden, buried their best wine and, famously, Pepys’ parmesan cheese. They then climbed the tower of All Hallows by the Tower, today topped with a copper finial and watched Armageddon approach.

In 1669 Pepys’ beloved Elizabeth died. Inconsolable, Samuel had a marble bust installed in “our own church,” St. Olaves, sited so that she would look down on him in his pew, beside her memorial in the nave. In 1703, he joined her.

Scenes of Pepys' life and adventures that remain today