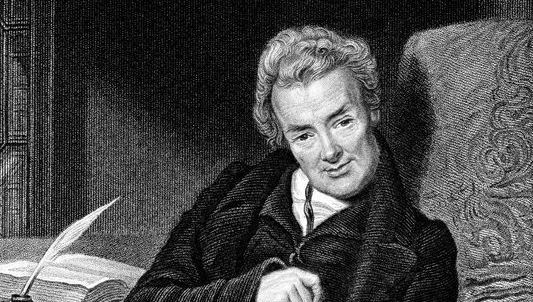 The thought of anyone being kept as a slave is thankfully now seen as deplorable. As we know, however, slavery was once seen as an untouchable institution.

Adam Smith predicted in 1763 that power and profit-hungry human nature would never allow the widespread abolition of slavery. Nevertheless, in at least a partial victory over human nature, in early 1807 the House of Commons voted, 283 to 16, to abolish the British slave trade. 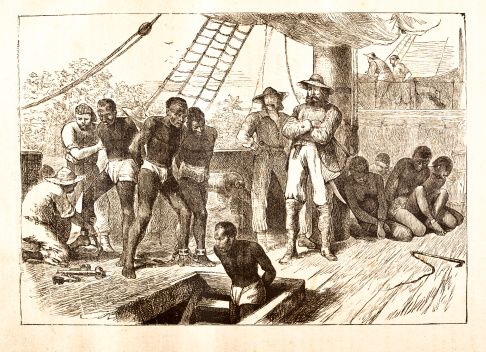 Slaves being loaded onto a boat

In 1791, 163 Members of the Commons had voted against abolition. Very few MPs dared to defend the trade on moral grounds, even in the early debates. Instead, they called attention to the many economic and political reasons to continue it.

Before the parliamentary debates, Englishmen like John Locke, Daniel Defoe, John Wesley, and Samuel Johnson had already spoken against slavery and the trade. In a stuffy party at Oxford, Dr. Johnson once offered the toast, “Here’s to the next insurrection of the Negroes in the West Indies.’’ Amid such scattered protests, the Quakers were the first group to organize and take action against slavery.

Those on both sides of the Atlantic faced expulsion from the Society if they still owned slaves in 1776. In 1783 the British Quakers established the antislavery committee that played a huge role in abolition. 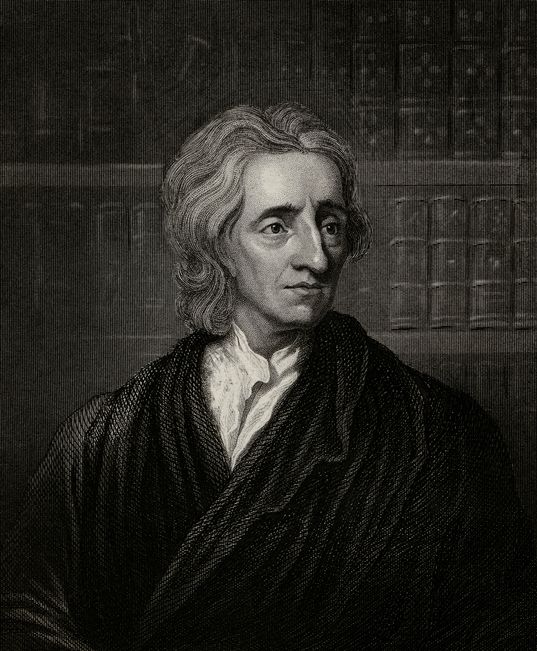 Mockingly (and sometimes respectfully) others called Wilberforce and his friends “The Saints,” for their Evangelical faith and championing of humanitarian causes. The Saints worked to humanize the penal code, advance popular education, improve conditions for laborers, and reform the manners or morals of England.

Abolition, however, was the “first object” of Wilberforce’s life, and he pursued it both in season and out.

Wilberforce had concluded with a solemn moral charge: “The nature and all the circumstances of this trade are now laid open to us. We can no longer plead ignorance.” Having failed to obtain a final vote, the abolitionists redoubled their efforts to lay open the facts of the trade before the British people. So far, the public had easily ignored what it could not see, and there had been no slaves in England since 1772. English people saw slave ships loading and unloading only goods, never people. Few knew anything of the horrors of the Middle Passage from Africa.

Over time, it became more and more difficult for anyone to plead ignorance of this matter. William Cowper’s poem The Negro’s Complaint circulated widely and was set to music. Thoughts and Sentiments on the Evil and Wicked Traffic of the Slavery and Commerce of the Human Species, by an African man named Ottabah Cugoano, also became popular reading. Thomas Clarkson and others toured the country and helped to establish local antislavery committees. 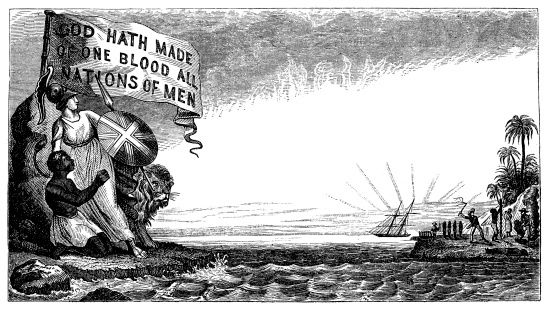 These committees in turn held frequent public meetings, campaigned for a boycott of West Indian sugar in favor of East, and circulated petitions. When, in 1792, Wilberforce again gave notice of motion, 499 petitions poured in. Although few MPs favored immediate abolition, this public outcry was hard to ignore.

Anxiety about the bloody aftermath of the French Revolution contributed to Parliament’s conservative decision in 1792, and the next year brought war with France. Wartime England lost her fervor for the cause. Although Wilberforce stubbornly brought his motion in Parliament each year until 1801, only two very small measures on behalf of the oppressed Africans succeeded in the first decade of the war.

The state of affairs in France also brought abolitionist ideals under suspicion. One earl thundered: “What does the abolition of the slave trade mean more or less in effect, than liberty and equality? What more or less than the rights of man? And what is liberty and equality; and what are the rights of man, but the foolish fundamental principles of this new philosophy?”. 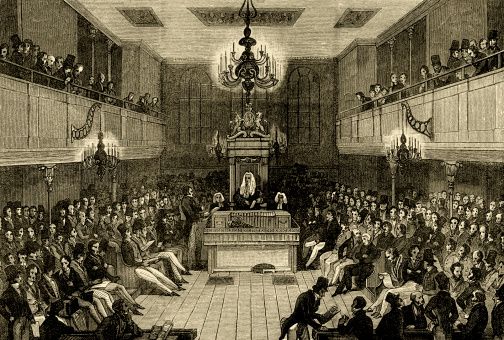 Conditions in Parliament became more favorable. Economic hardship and competition with promising new colonies weakened the position of the old West Indians. In 1806 abolitionists in Parliament managed to secure the West Indian vote on a bill that destroyed the three-quarters of the trade that was not with the West Indies.

This bill, though in the West Indians’ competitive interest, also did much to pave the way for the 1807 decision.

On the night of the decisive 283-16 vote for the total abolition of the trade-in 1807, the House of Commons stood and cheered for the persistent Wilberforce, who for his part hung his head and wept. The bill became law on March 25, and was effective as of January 1, 1808. At home after the great vote, Wilberforce called gleefully to his friend Henry Thornton, “Well, Henry, what shall we abolish next?” Thornton replied, “The lottery, I think!” - but the more obvious answer was the institution of slavery itself.

In 1833 slavery was abolished throughout the British Empire. This radical break was possible partly through an apprenticeship system, and a settlement to the planters amounting to 40 percent of the government’s yearly income. The news reached Wilberforce two days before his death. “Thank God that I should have lived to witness a day in which England is willing to give 20 millions Sterling for the abolition of slavery,” he said.

Sometime before, Wilberforce had said, “that such a system should so long have been suffered to exist in any part of the British Empire will seem to our posterity almost incredible.” He was right. It is bittersweet, 200 years later, to commemorate the end of one of the most atrocious crimes in history.

Yet the dismantling of an immensely profitable and iniquitous system, over a relatively short period of time and in spite of many obstacles, is certainly something to commemorate.

Read more: Why Winston Churchill is so fondly remembered In Missouri