The Joys of English Cider 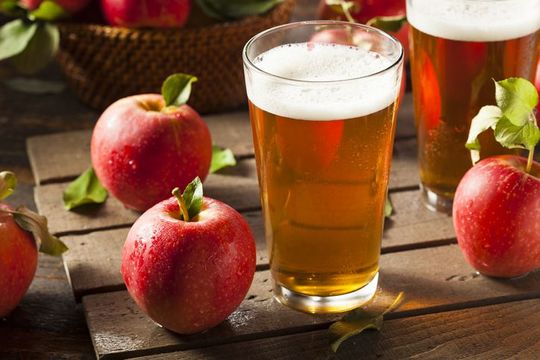 Throughout history this apple elixir has warmed British hearts. In England’s agrarian south and west, cider was a mainstay of life for centuries. A plentiful supply of the golden nectar fueled generations of farm labor.

Even today, cider rivals beer in popularity across much of the West Country.

With summer in full swing we thought it was the perfect opportunity to take a look into one of the finest drinks to enjoy on a fine summer's evening.

While cider may not be the most popular of drinks stateside, it is certainly one of Britain's most beloved beverages.

Buzzards wheeled overhead and a rabbit scuttled to its burrow as we walked through Mike Johnson’s orchard at Broome Farm in Peterstow, Herefordshire. Apples weighed down the branches. Red, green and streaked, small and large and in between: Their flavors varied as much as their size and color.

“Try this Foxwhelp,” said Johnson, pulling a red apple from a tree. It looked delicious, but it was mouth-puckeringly bitter. “That’s the tannin,” he explained. “You wouldn’t want to eat a Foxwhelp, yet it’s one of the best cider apples because it has both acidity and bitterness.”

As Johnson explained, good English cider balances sweetness and acidity with a bitter edge to give it backbone. Cidermakers therefore grow many varieties of cider apples. Johnson’s orchards boast 70 varieties including such cider staples as Dabinett, Michelin, Ellis Bitter, Tremlett and Red Streak. He even has some old apples whose names have been lost.

“My grandfather planted a lot of trees, then my father planted some, and I’m planting more now,” he explained as we walked to the stone barn where he makes cider. The fat blackberries of September swagged the hedgerows, but apple picking had yet to begin. “Early October is our harvest time,” Johnson said, pointing to a dusk-bloomed apple. “In a couple of weeks that will be shiny, and we’ll know it’s ripe.”

Once shaken off their branches and gathered in, the apples are crushed then piled in a cloth-lined lattice rack set in a hydraulic press. The cloth is folded over, and a second rack is placed on top and filled. When about 10 racks are stacked on each other, the press squeezes out the juice. 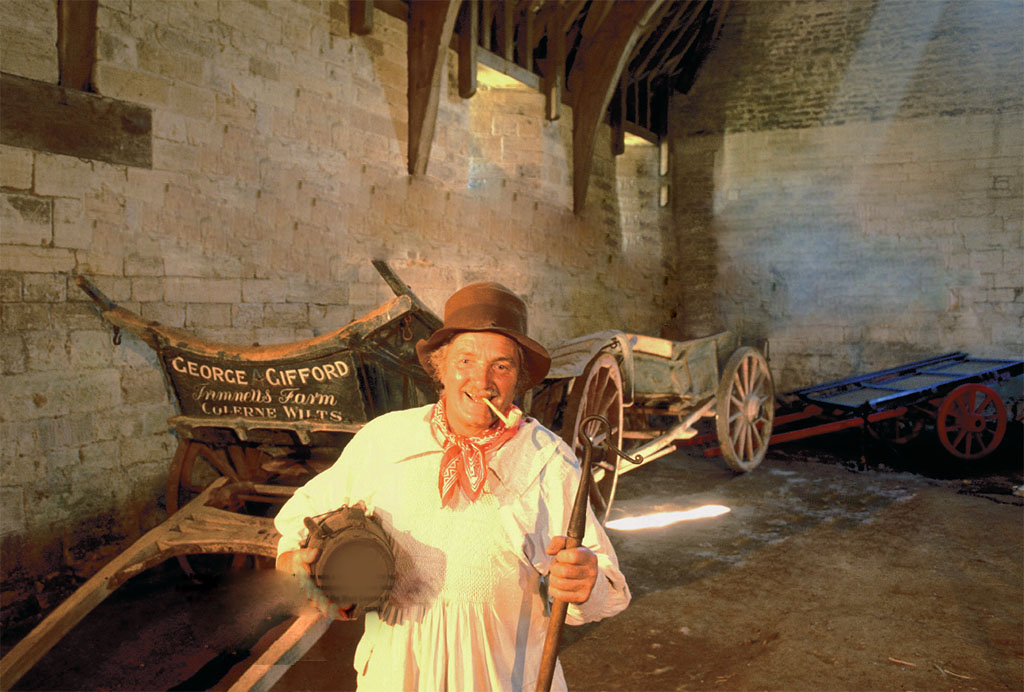 Getting the mix right

At this point the cidermaker adds yeast to start fermentation, which converts the natural sugars in the juice into alcohol. Winemakers work in the same way; indeed, cider is a form of apple wine, though it generally has 5-7 percent alcohol rather than the 10-13 percent typical of grape-based wines. Like wine, cider is traditionally stored in oak barrels.

But unlike wine, cider needs only a few weeks to mature, and while wine is often made from a single grape variety—chardonnay or cabernet sauvignon for example—cider is usually blended.

“I’ve tried making single variety ciders,” says Johnson. “Some have not been bad, but blended cider tastes better because the flavors are more complex. That’s the benefit of using several apple varieties.”

The afternoon was cooling, so we went indoors to sit beside the fire and eat scones slathered with homemade raspberry jam and thick cream. As the young men of the family came home from work, Johnson poured them a glass of cider, while his father recalled earlier days.

“Farm laborers in Herefordshire used to be paid in cider,” he said. “They would know the farms that made a good cider, and if yours wasn’t one of them, you wouldn’t get the best workers.” Such payment in kind was outlawed in 1887, but as he noted: “It still went on here well into the 1920s. We were a long way from London, you see.

And the men liked their cider. Wouldn’t work without it.” Evidence of the old days remains in most Herefordshire farmyards, where a round granite trough with a millstone for crushing the apples sits beside the press that extracted the juice.

Today, many farmers like Johnson still make small amounts of traditional cider for their own use or to sell locally. As the acres of tree-covered hills testify, many also grow apples for bigger makers like Weston’s of Much Marcle, Knight’s of Storridge or the world’s largest cidermaker, H.P. Bulmer’s of Hereford. 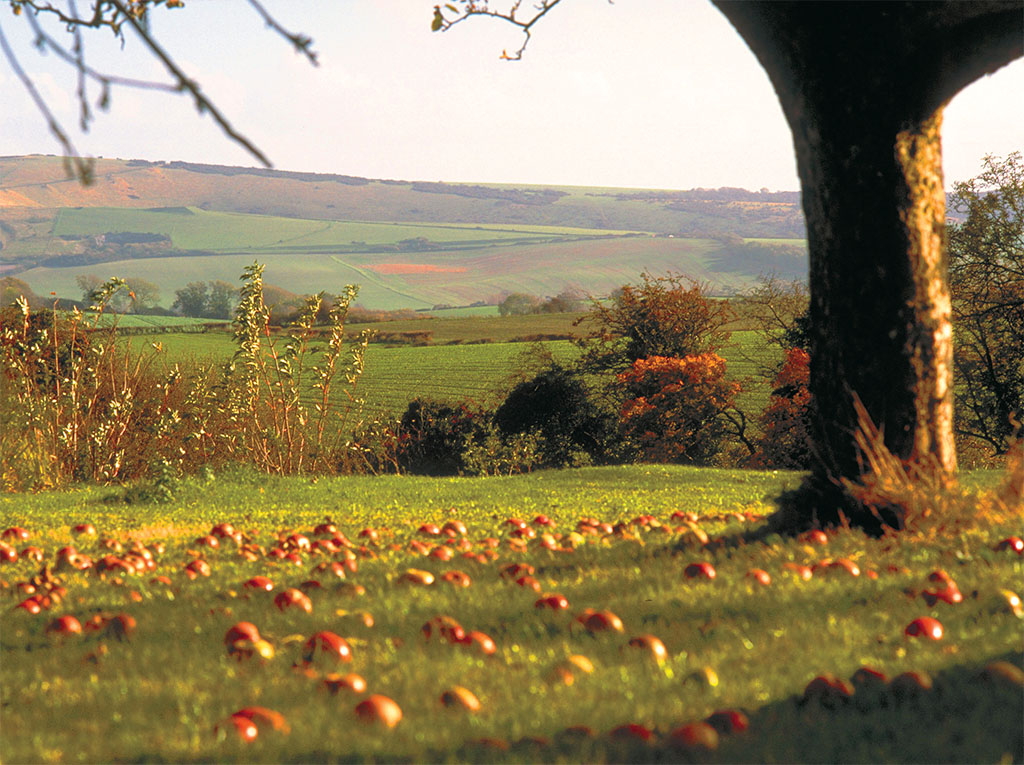 When Bulmer’s was founded in 1887, virtually all cider was made on the farms. Percy Bulmer had the idea of buying apples to make larger amounts, which he planned to sell farther afield. In his first year, he made 4,000 gallons; now his company makes more than 60 million gallons a year and exports much of it around the world.

With miles of pipelines, dozens of giant stainless steel tanks and a computer-controlled manufacturing process, Bulmer’s is nothing if not high tech. Yet the company stays closely in touch with its growers, testing new varieties and helping farmers plant the modern dwarf apple trees that grow 300 trees to an acre instead of the 40 standard trees that used to be the norm.

Cider drinking has increased in Britain in recent years, and Herefordshire, Somerset, Devon and other southwestern areas remain its heartland. Here, cider rivals beer as a favorite in pubs, and a group of drinkers will be ready to debate the merits of the many local labels.

They may also get into perry—a drink made from the perry pears that still grow in a few old orchards. This tradition is long-standing. The Celts are credited with bringing cider and perry to England well before the Romans arrived nearly 2,000 years ago.

By the Middle Ages, cider apples were grown in many parts of England, but with its rolling hills, gentle rain and winters that are just a little milder than those farther north or east, the southwest produced them most plentifully.

With ancient towns and castles, wooded hills and lovely vistas over the river valleys, the cider-producing areas of Herefordshire and the southwest delight the eye. At Hereford’s Cider Museum, old cider artifacts include traditional two-handled mugs and the farmworkers’ costrels that were filled with cider each day before they set off for the fields. Herefordshire also has a Cider Route dotted with cidermakers who welcome visitors. Among cider-based dishes, look for trout or salmon cooked in cider, pork or bacon served with cider sauce, apple cheese and cider cakes. In eating as in drinking, English cider is hard to beat! 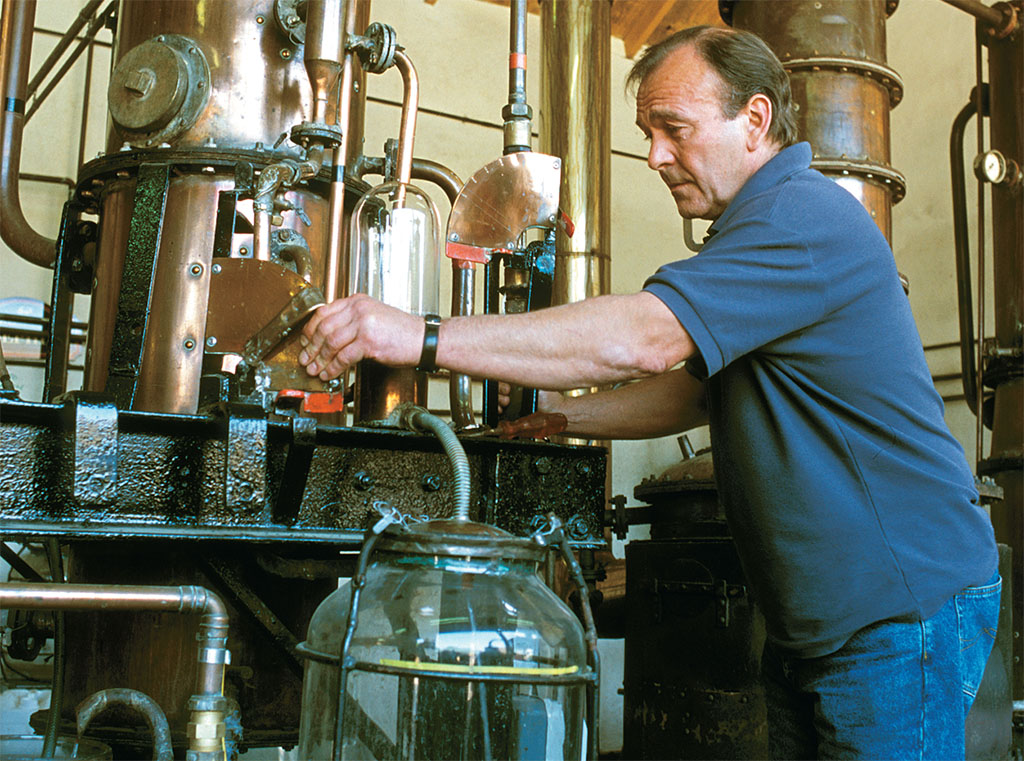