Somerset - the “Land of the Summer People” 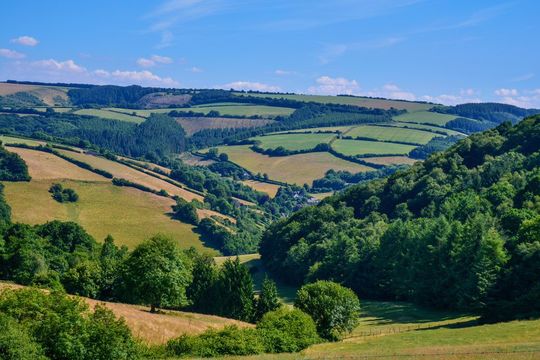 Take a day-by-day trip with us through Somerset, a county loaded with history and scenery, so often overlooked.

For many people, Somerset is a county passed through rather than visited. Largely rural and quiet, Somerset is the gateway to the West Country linking popular Hampshire and Wiltshire to the peninsula of Devon and Cornwall. As with so many places in Britain, however, the county is loaded with history and scenery all the more fascinating and accessible because they are so often overlooked.

Somerset’s crown jewel, at the northern edge of the county, is Bath. The justly popular city makes a natural place to begin a Somerset exploration. An easy drive of a couple of hours west on the M4 from London or the airports, Bath is also an hour by train from London Paddington. You might travel out by rail and pick up a rental car there for the road trip. Either way, Bath’s prominence means that it is seldom quiet. While accommodation options are plentiful, it is always wise to book ahead. Scout the lodging options and more at visitbath.co.uk.

Day 1—Out and About in Bath 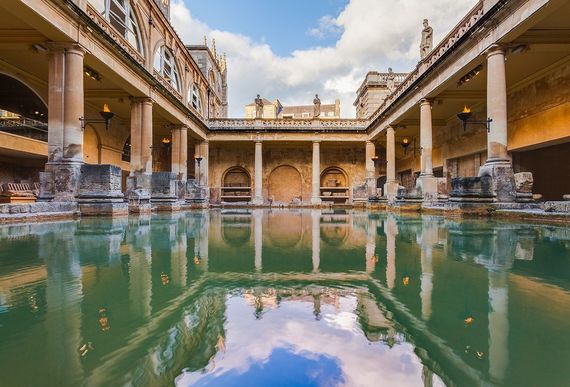 The Roman Baths, in Bath.

You can’t exhaust Bath’s historic richness and awesome attractions in a day. If time allows, do plan to spend two or three. With a day, however, you can certainly catch some highlights where Jane Austen meets the Romans. It was the Roman army that exploited the natural hot springs here to build an unrivalled leisure complex, and the Roman Baths make a great place to begin your exploration and end in the 18th-century Pump Room that sits above. Just steps across the piazza, 15th-century Bath Abbey was the last and among the finest completed abbey churches before the Reformation. Bath’s superb TIC sits in the pedestrian square next door.

Take a walk up fashionable Milsom Street, where Jane Austen and her heroines hit the shops to the Assembly Rooms, the epicenter of Georgian social life. It’s just steps to the most dramatic examples of Bath’s magnificent 18th-century architecture: The Circus and the Royal Crescent. Returning to the precinct of the Abbey, perhaps explore Pulteney Bridge and the boulevard of Great Pulteney Street, or take a deserved rest in Parade Gardens beside the River Avon.

Day 2—Along the Bristol Channel to Minehead

Today is a road trip, with plenty of scenic variety and stops along the way. Set forth this morning on the A38, then head west on the A368 toward the coast at Weston-super-Mare. The seaside resort on the Bristol Channel lost its luster considerably but has been rebuilding itself—including the Grand Pier, which dominates the beachfront, well worth a stroll any time of year. 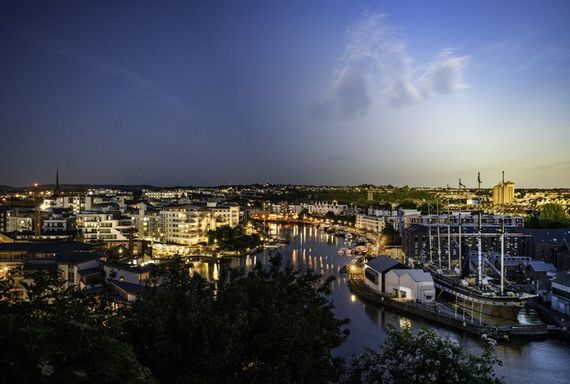 Turn south on the A38 to Bridgewater, then west again across the Quontock Hills on the A39. Detour off into the village of Nether Stowey for a visit to Coleridge’s Cottage, where the great Romantic poet lived several years and wrote many of his best-loved poems. Perhaps take a bit of refreshment across the street at the Ancient Mariner pub.

Just before Minehead, you enter Exmoor National Park. Turn south on the A396 for a short mile to Dunster. One of the most complete and famous medieval villages in England, Dunster has it all, within easy walking distance of its picturesque High Street—Tithe Barn, Yarn Market, and Butter Cross. As time permits, visit the National Park Centre, the National Trust’s Working Watermill, and Dunster Castle. The captivating village makes a fine place to overnight, perhaps at the classic Yarn Market Hotel or a number of other options you can find at dunster.org.uk.

Alternatively, continue on just a couple of miles to the seaside resort town of Minehead, where numerous hotels line the beachfront (but make plans ahead in summer). mineheadsomerset.co.uk

Day 3—An Exmoor Sampler to Taunton

Get a taste of the wilds of Exmoor this morning. Head south across the heath on the A396 to the market town of Tiverton. There are plenteous photo opportunities along the way. On Tiverton’s outskirts, you might visit Knightshayes Court, a classic example of a Gothic Revival Victorian country house and gardens maintained by the National Trust. Route via the A38 northeast through the market town of Wellington to Taunton, Somerset’s county town (population 70,000).

A millennium of history is visible in the town’s bustling center—with half-timbered Tudor taverns, 17th-century almhouses, and Georgian shopfronts. The site of an Anglo- Saxon priory became Taunton Castle under the Normans. Today, its inner ward contains the Museum of Somerset and the county’s military museum. A memorable hotel for an overnight in the heart of town is the wisteria-clad Castle at Taunton on the Castle Green.

It is a short drive this morning on the A361 to Glastonbury, one of the oldest Christian sites in England and epicenter of Arthurian legend. An important Saxon abbey was first built here in the 7th century. Under the Normans, Glastonbury Abbey became one of the richest foundations in the country. In 1191, while rebuilding from a fire, monks purportedly uncovered the graves of Queen Guinevere and King Arthur (with the famous inscription “once and future king”). See also Chalice Well, the reputed resting place of the Holy Grail, and climb Glastonbury Tor for unbroken views out over the Somerset Levels and flat surrounding countryside. 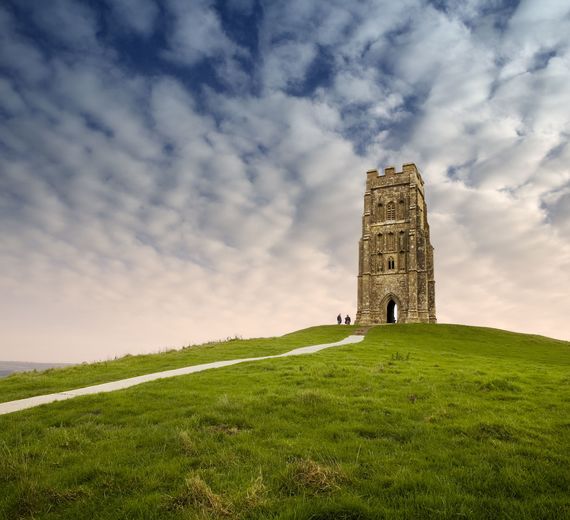 Half a dozen miles to the north on the A39, Wells is one of the smallest and most charming cathedral cities in England. Wells Cathedral is regarded among the prettiest and is loaded with historic features. Do see also the unique moated Bishop’s Palace adjacent, replete with beautiful gardens. Weekdays, you might time a cathedral visit for choral evensong at 5:15 p.m. Plan a stay just outside the cathedral close at the Swan     Hotel (Best Western), the White Hart Hotel or The Crown on the Market Place.

Day 5—Via Cheddar Return to Bath

This morning take the A371 to Cheddar, the village where the original cheddar cheese is still made. Time and interest allowing, prowl into one of the show caves that thread into the limestone hills. Then, rise through the steep canyon of Cheddar Gorge on the B3135 to run along the top of the Mendip Hills. Join the A39 for a return to Bath and thence by train or the M4 back to Greater London.

With another few days, you might follow the A46 from Bath into the Cotswolds, or take the M4 across the Severn into South Wales.