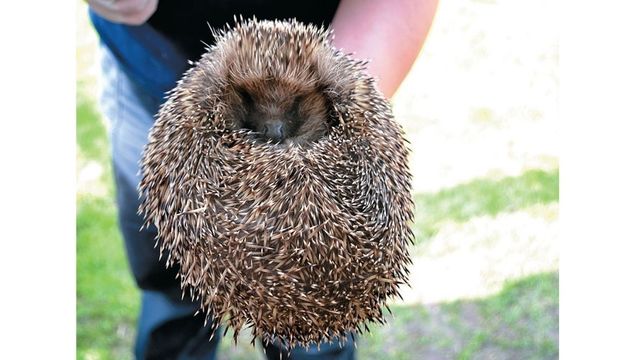 Even hedgehogs have medical conditions

The sounds of small wild animals fill the air as you walk into St. Tiggywinkles’ visitor center in Haddenham, Buckinghamshire: This is Britain’s most famous wildlife hospital.

Set up by Les and Sue Stocker in 1978, the hospital began in a small garden shed at the couple’s home in Aylesbury. Over the next 35 years, it grew exponentially.

Les Stocker remembers their very first casualty: “We came across this injured wood pigeon, took him in, nursed him back to health, and returned him to the wild. It was something I had always wanted to do and our activities grew from there.”

This early accomplishment gave them the confidence to take in more injured wildlife, and as their successes grew, so did their reputation. People started to bring small frightened animals from all around Buckinghamshire to the hospital and it became clear from these early encounters with wild creatures, that the problem was widespread. From these small beginnings, The Wildlife Hospital Trust was born.

“Back in 1985 we had a very busy year,” said Stocker. “So many hedgehogs were brought into the hospital that a specialist unit had to be set up and that’s how the hospital got its name. We called it St. Tiggywinkles after the Beatrix Potter character.

“Our small shed and aviaries were taking in a growing number of animals and we peaked at almost 2,000 animals a year, at which point it became unmanageable. So, we decided we needed a proper wildlife hospital and started collecting bric-a-brac and having stalls every weekend to raise money for a hospital building.We also managed to get some corporate sponsorship.”

Les, Sue and their supporters, worked tirelessly to make their dream a reality and their efforts paid off. The new hospital building in Haddenham was officially opened by H.R.H. Princess Alexandra in 1991.

The flow of casualties grew from a trickle to a torrent. People were relieved that there was somewhere to take sick and injured wildlife, and the number of animals brought in rose to more than 4,000 each year. The species arriving at the hospital were getting bigger—injured deer and swans were being brought in by caring members of the public.

This situation called for specialist equipment and techniques. Stocker explained: “Our pioneering wildlife rehabilitation work resulted in the development of a deer stretcher, an orthopedic suite, a hedgehog unrolling apparatus and hedgehog diagnostics. We developed the practice of rearing orphans on goats’ milk and colostrum, and used intravenous nutrition on deer. We also now have a bespoke deer hoist and wild animal rescue kits.

“The Trust is accepted as one of the leading authorities on hedgehogs in the world, and has become known for its pioneering work with other species too—particularly badgers and owls. We have successfully treated most species of wild animal, bird, reptile and amphibian. In handling such a wide variety of species, with different dietary and housing requirements, we have taken our wildlife rehabilitation skills to a new level of expertise and developed our understanding. It has made us experts in our field. We work with other hospitals around the world in developing treatments and sharing knowledge. Our published work is used in wildlife hospitals worldwide to provide benchmarks for the treatment of wildlife.”

Fractured bones in birds, small mammals and amphibians have presented a real challenge—even to the specialist staff at St. Tiggywinkles. Many of the injuries presented are infected, and these types of casualties are new to wildlife rehabilitation protocols, making St. Tiggywinkles pioneers in identifying the best procedures for treating each species.

An orthopedic suite at the hospital contains the skeletons of different animals, providing reference material for surgeons operating on fractures. The skulls, for example, enable surgeons to see how each animal’s jaw line should be set, so they can work with a full understanding of the small differences between different species. This helps them to correctly stabilize broken jaws and beaks, and all manner of techniques are used to suit particular cases. They also use state-of-the-art digital x-ray equipment, so the images are available very quickly in emergency situations. If an infection is under control, most bird limb fractures will heal within two or three weeks, while mammals take at least six weeks to recover.

Specially designed wildlife hospitals have existed in the United States for some time, but St. Tiggywinkles was the first such hospital in Europe. The Brits have caught up fast, developing specialist techniques and becoming pioneers in many aspects of wildlife rescue.

The intensive care wing of the hospital can accommodate up to 20 badgers, foxes, swans or deer, and 100 hedgehogs at any one time. It also has the flexibility to cope with many other casualties, including bats, shrews or owls. There is a unit devoted to removing oil from birds, and they have developed the first orthopedic cradle for injured birds.

St. Tiggywinkles provides hands-on instruction in wildlife care for the veterinary profession, as well as courses for laypeople. The Trust also invented the first hedgehog unrolling apparatus and discovered that hedgehog fleas, archaeopsylla erinacei, only lived on hedgehogs and do not go onto pets.

St. Tiggywinkles also evolved the accepted system of rearing orphans on goats’ milk and colostrum (which is particularly important for a baby’s developing immune system), and staff at the hospital have identified a number of previously unknown medical conditions affecting hedgehogs. These include pop-off syndrome where the hedgehog cannot curl up because a muscle has slipped into the wrong position, disabling the hedgehog; balloon syndrome, where the hedgehog bloats up like a balloon with trapped air and needs deflating; dental and tooth decay; seasonal lungworm; myasis (flystrike); and zinc deficiency.

The hospital developed the world’s first deer stretcher to alleviate the trauma of being handled for injured deer, and introduced intravenous nutrition, previously used only in human medicine, to feed injured deer too weak to feed themselves.

Most of the animals treated at the hospital are eventually returned to the wild, but some have missing limbs or other disabilities, and some are just too old and frail to be released after treatment.

The Visitor Centre at the Hospital is a sanctuary for all those animals too badly injured to be released back into their natural habitat. For some, it is a temporary home while they recover, but for others, it is a risk-free environment where they can safely live out the rest of their lives. Thousands of people visit the center every year to see the animals, hear the talks, and learn about the work of the hospital.

There is a huge aviary for recovering Red Kites. These birds of prey were reintroduced into the Chiltern Hills 20 years ago and the breeding program has been very successful. Inevitably, however, the odd casualty occurs and St. Tiggywinkles is on hand to help. 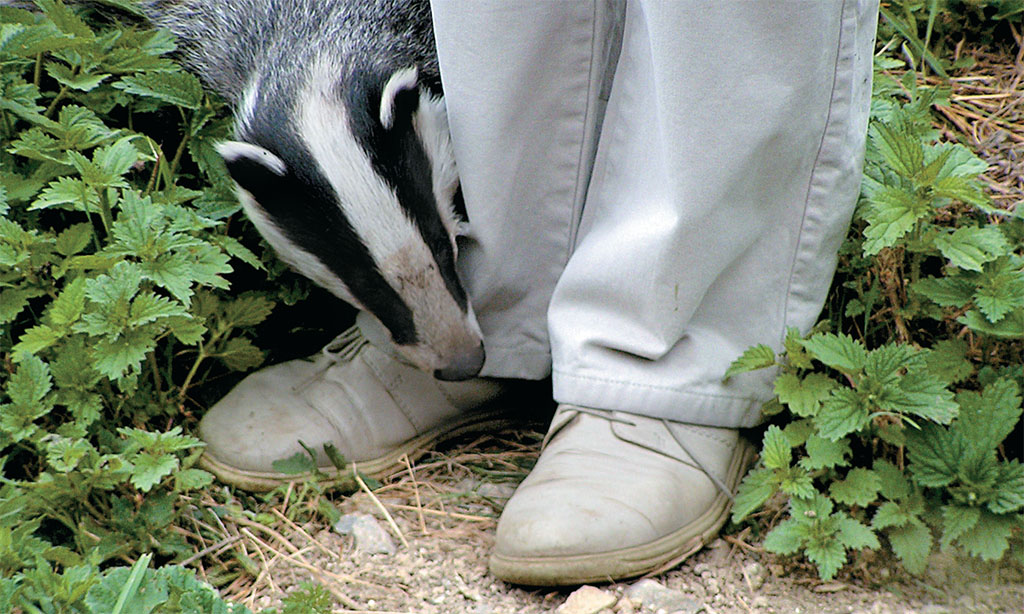 Badgers are normally nocturnal and quite unsocial, but this one has obviously found a caring friend.

Inside the hospital is a viewing area where visitors can see baby hedgehogs, birds, rabbits, and injured squirrels receiving care. Nearby, is the hedgehog enclosure for those who cannot be safely released back into the wild. Some are blind, others juveniles, and there is an albino among them who is too conspicuous to be set free.

Visitors can see badgers, foxes, deer, wildfowl, ravens, and numerous other forms of wildlife, but they don’t all stick around for the shrill tones of children. You have to be quiet, patient, and have luck on your side, because many are nocturnal, and they’re all prone to hiding!