At Home in Historic Places 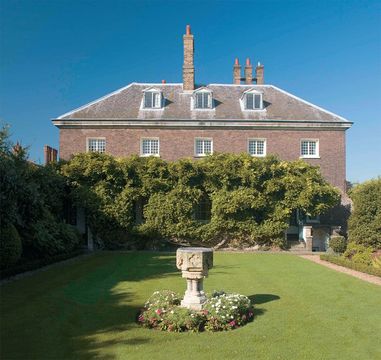 We read about history in novels and nonfiction books. We watch history depicted in epic films. Scattered around Britain, however, are many places we can live in history. Historic cottages, gatehouses and flats have been restored and made available as short-term rentals by the Landmark and Vivat Trusts.

Stay where Chopin played the piano, where Boswell and Samuel Johnson gathered; where John Betjeman wrote poetry; where Mary, Queen of Scots, waited for her execution.

From the windows of this pink-and-white circular clifftop observatory built in 1830, the sweeping views along the Jurassic Coast are those that Thomas Hardy would have seen while courting his first love, Eliza Bright Nichols, the daughter of a coastguard worker, here at Clavell Tower.

The light-filled living room at the top of the tower is an ideal place to read Hardy’s Wessex poems or The Black Tower, a mystery novel written by P.D. James, who used this edifice as her inspiration for the fictional setting. The Landmark Trust had to dismantle and then reassemble the tower, stone by stone, about 85 feet from its original location, several years ago to save it from toppling into Kimmeridge Bay. Military enthusiasts would also enjoy a visit to the Tank Museum in nearby Bovington. 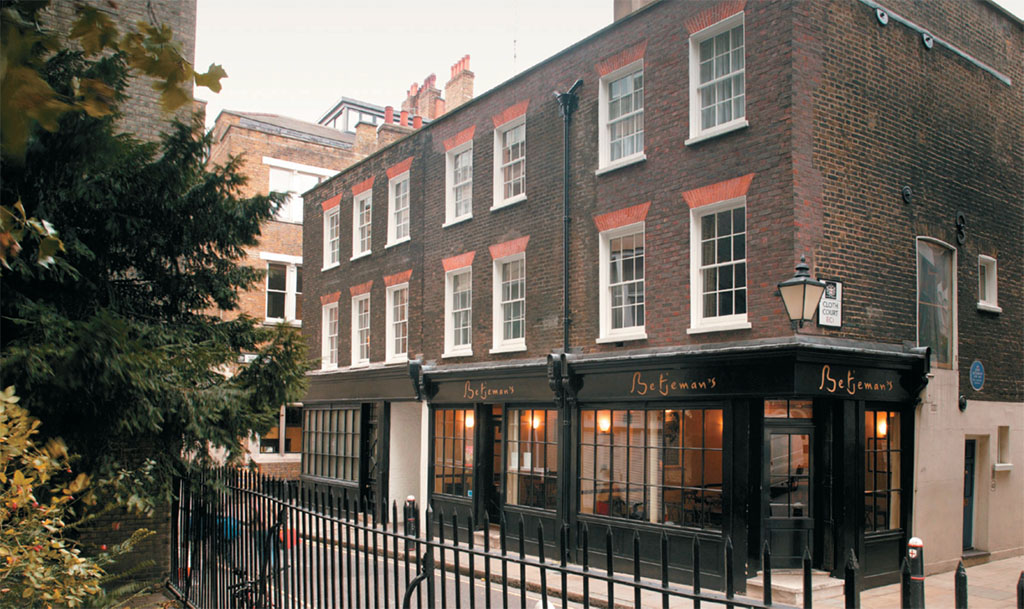 The charming flat at No. 43 Cloth Fair is in one of the most historic areas of central London. The living room windows face the churchyard of St. Bartholomew the Great just across the street—the oldest parish church in London. Smithfield Market, the city’s meat market since 1868, is around the corner. Its superb architecture is worth a visit. Set your alarm for 4 a.m. one weekday to experience Smithfield in action.

The mighty dome of St. Paul’s Cathedral hovers over the neighborhood and appears round each corner. John Betjeman, the Poet Laureate from 1972 to 1984, lived in this apartment for many years, and a blue plaque adorns the front of the building. During the work week there is a gentle hustle and bustle to the area, but on weekends a serenity and peacefulness takes over this narrow winding street. The Museum of London is just up the road with a fine permanent collection focusing on the city’s history.

We tried to imagine the stimulating intellectual conversations that must have taken place around the dining room table at Auchinleck House when James Boswell, the famous biographer, Dr. Samuel Johnson, the subject of his best-known biography, and their friends gathered here.

The house was built by Boswell’s father, a judge on the Supreme Court of Scotland, around 1760. It epitomizes the spirit of the Scots. Mary Eccles, an American with a passion for James Boswell, gave generous support to the Landmark Trust for the restoration of Auchinleck House. How appropriate that the Boswell Book Festival, with lectures and discussions by various authors, is now an annual event at the house for one week each May to celebrate the genius of James Boswell. For more information about the festival go to www.boswellbookfestival.co.uk. 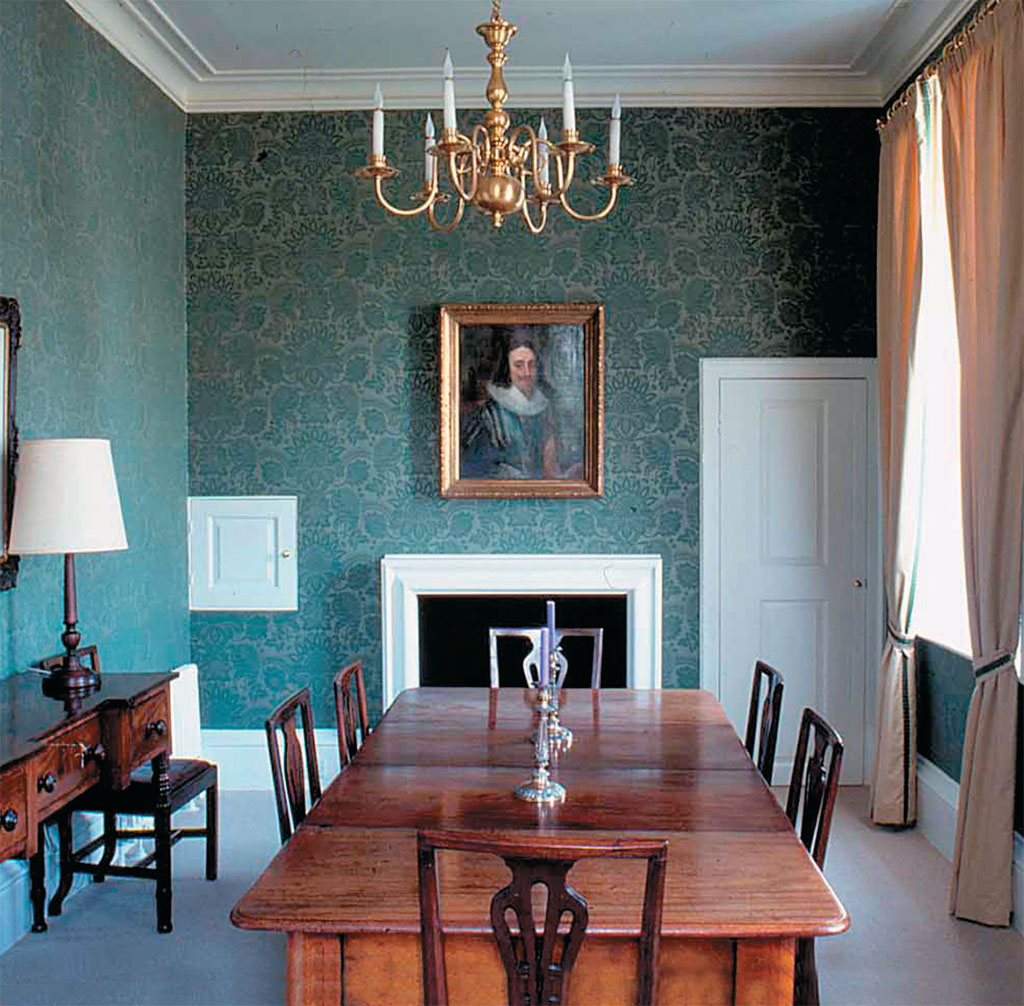 What if you could wander the grounds of Hampton Court Palace after the gates are locked for the day and visitors have returned home? Two rental flats (Fish Court and the Georgian House) make it possible to live at Hampton Court Palace with its connections to so much English history. Hampton Court Palace was home to Henry VIII, and it is where he wooed Anne Boleyn (having her initials carved in stone in various palace doors and walls).

With Hampton Court Palace shut up for the night, we had a closer look at the Tudor architecture of the palace, heard the water splashing in the Fountain Court, wandered in the gardens, walked among various courtyards, and watched the sun rise and set illuminating various parts of the building. Ghosts are said to haunt the palace, and late on a quiet evening we thought we heard the cries of Catherine Howard, Henry’s unfortunate fifth wife. 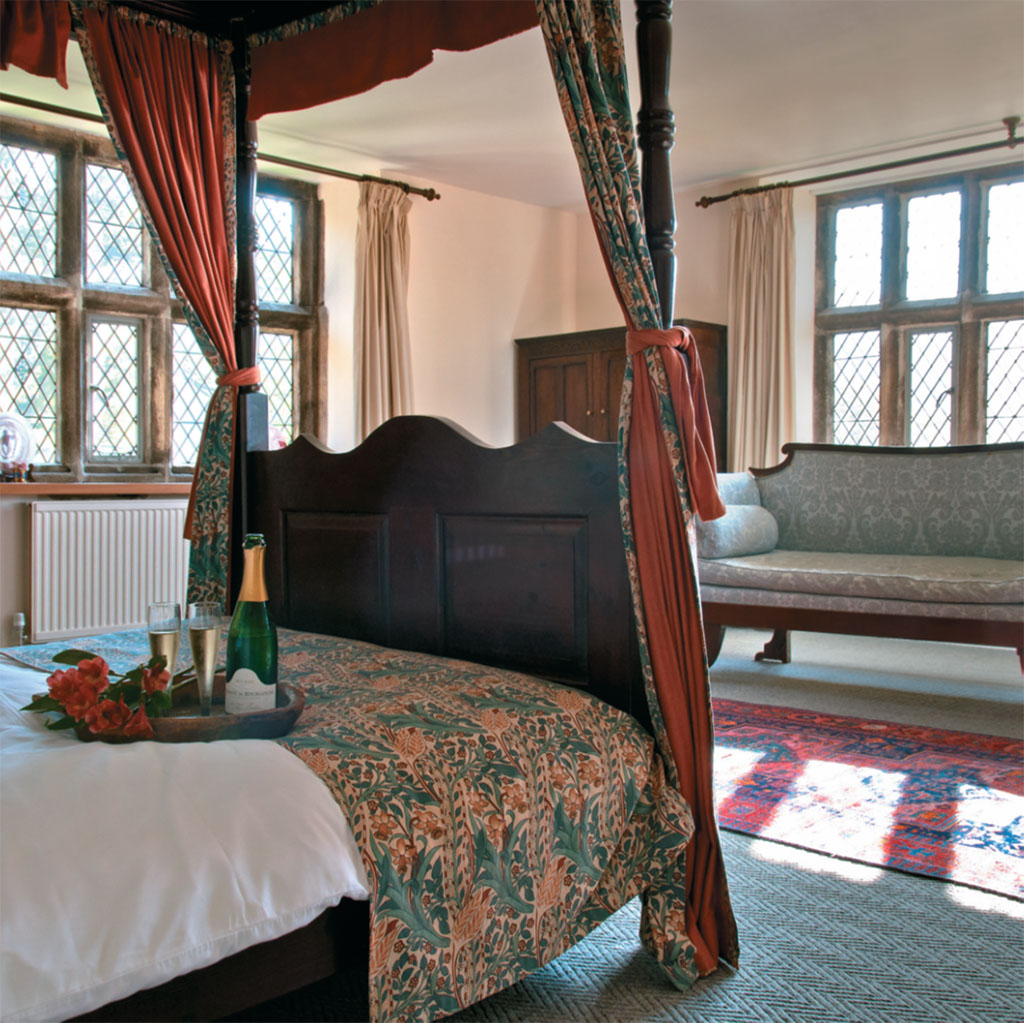 Charlotte Bronte made several visits to North Lees Hall, which was the home of the Eyre family between 1750 and 1882. Bronte later used the house as her inspiration for Thornfield Manor, the fictional home of Mr. Rochester in Jane Eyre. In the novel, Bronte describes the decorative parapet and rooftop view of North Lees Hall where Jane went to work as governess. Built around 1590 in what is now the vast Peak District National Park, North Lees Hall has an impressive setting with the historic cliff named Stanage Edge in the background. The nearby spa town of Buxton offers grand 18th-century architecture as well as a chance to go down into historic Pooles Cavern with its strange underground formations.

What did Woodsford Castle look like when it was built around 1370? It is difficult to know with any certainty, because all that remains today is one wing of the quadrangular castle. Even this is impressive, and paints a vivid picture of life in medieval times. This property also has connections to Thomas Hardy. In 1850, a thorough restoration was carried out at Woodsford Castle; the builder was Hardy’s father.

At the time, Thomas Hardy was studying to be an architect and often visited his father on these premises. When Hardy turned to writing, it is this part of England and in nearby Dorchester where he set most of his novels. Nearby Higher Bockhampton is Thomas Hardy’s Cottage, where he lived from his birth in 1840 until his move to London in 1860. He returned there to write Under the Greenwood Tree and Far From the Madding Crowd. 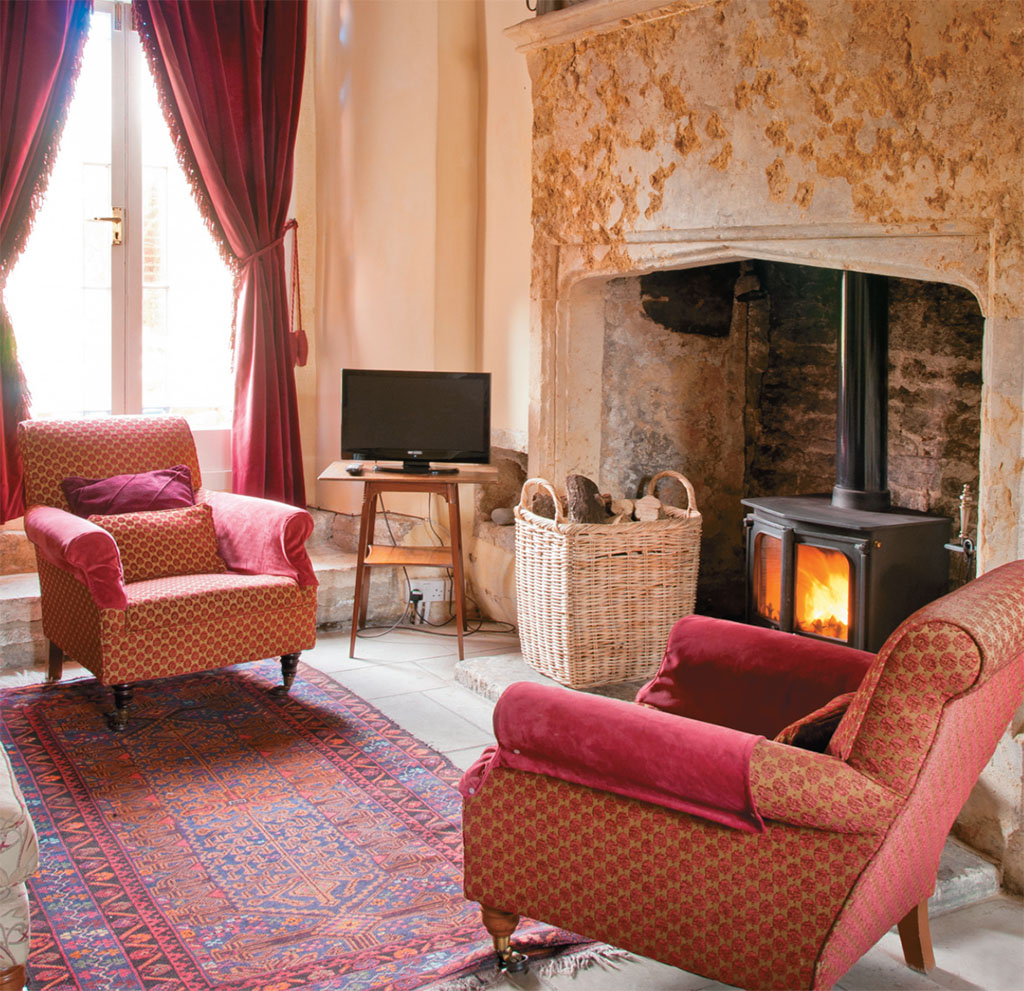 ALL COURTESY OF LANDMARK TRUST 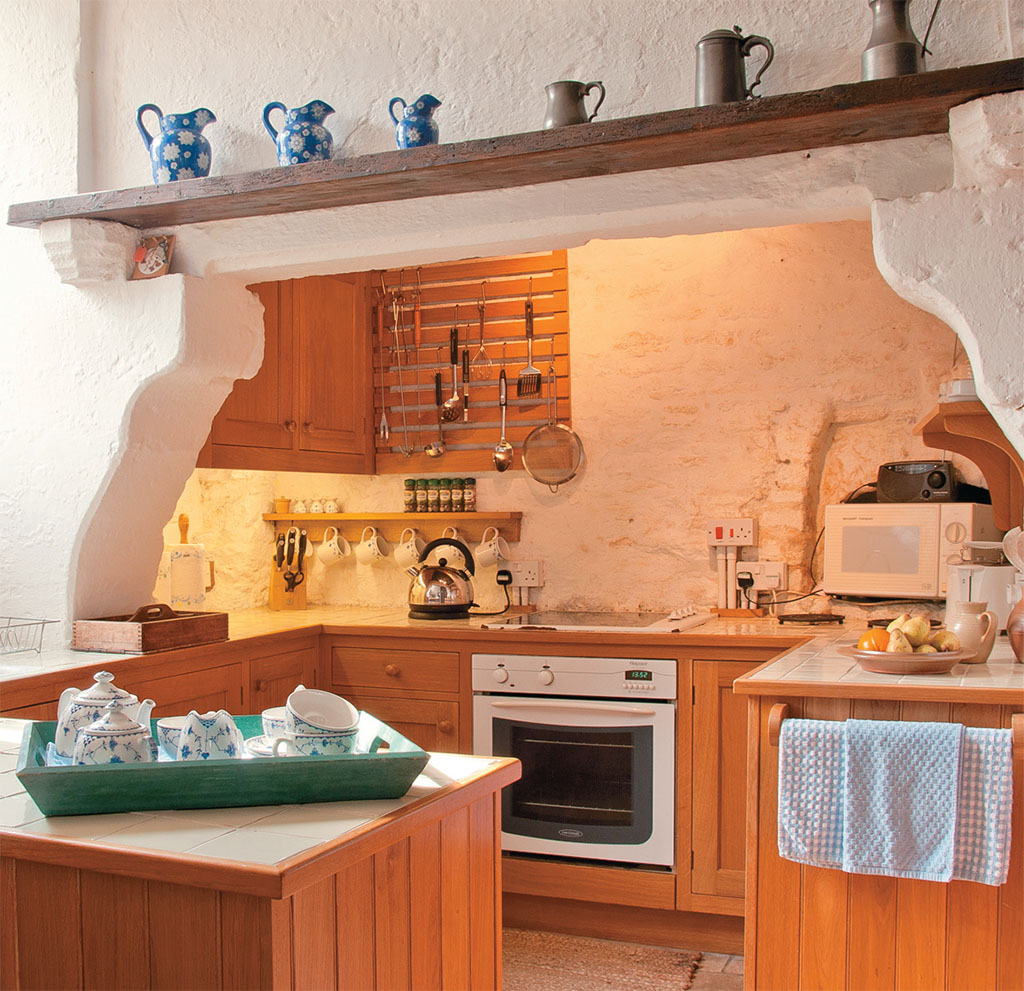 ALL COURTESY OF LANDMARK TRUST

Parts of Bridport bring vivid reminders of medieval times. The Chantry is among the oldest secular buildings in town—built in either the late 13th or early 14th century, when Bridport was known as an important rope-making town. It may have been initially used as a lighthouse before becoming a chantry or priest’s home.

Each time we entered or left the house, we were reminded of those earlier centuries by the large heavy key needed to lock and unlock the massive front door. There is much to see in Bridport, including the medieval parish church of St. Mary (with a 700-year-old stone effigy of a recumbent knight), the Georgian Town Hall and Palmers Brewery,which has been in business since 1794.

Enter the Georgian drawing room of Gargunnock House dating to the late 18th century, close your eyes, and you can almost hear Frederic Chopin playing the piano. While the piano is now ornamental, it was very much in use in 1848, when the great composer visited here. At that time, the owner’s sister was Chopin’s pupil and friend. She brought him to this graceful country house with its beautiful gardens and the Gargunnock Hills in the background. Stirling is nearby, home to historic Stirling Castle, one of the largest and most important castles in Scotland. 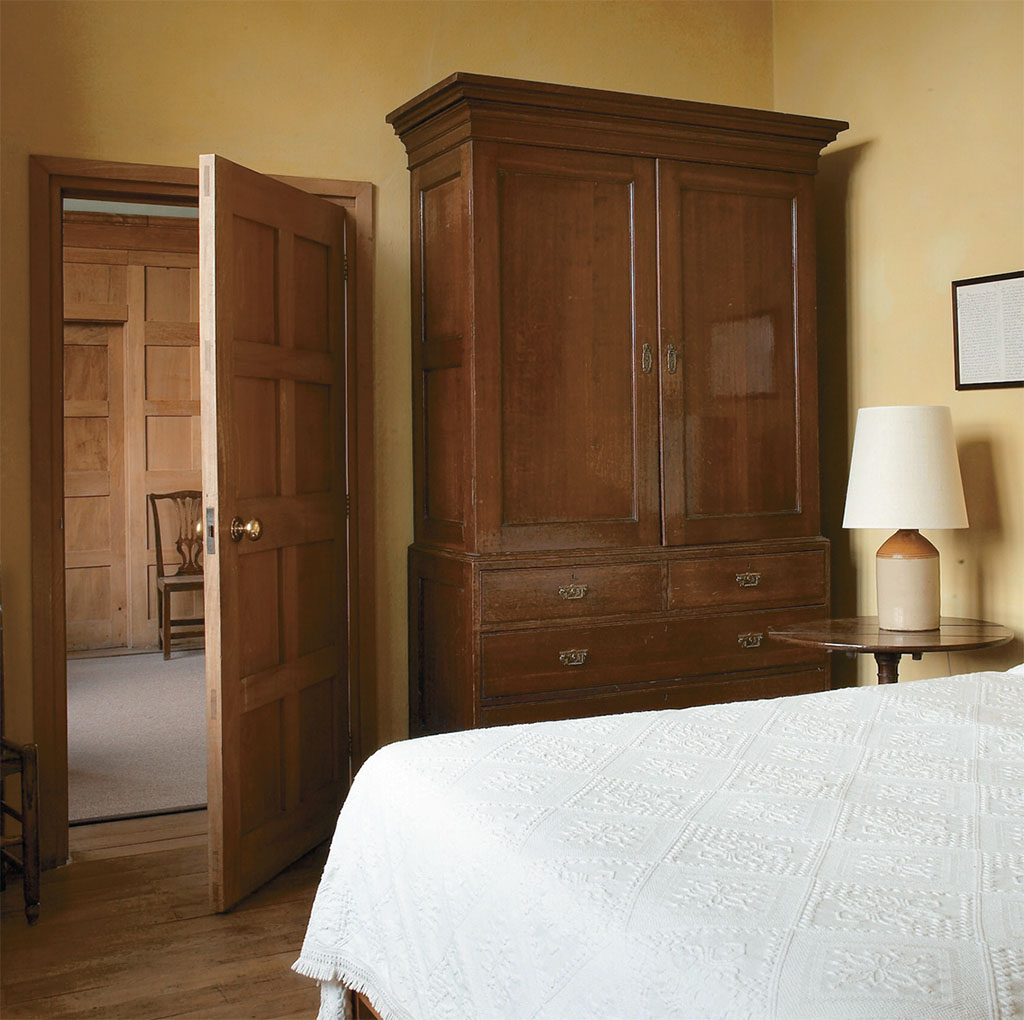 Mary, Queen of Scots, has captivated students of history over the years. While plays have been written about the confrontation she had with Queen Elizabeth I, the two iconic figures never actually met. But Elizabeth had Mary imprisoned in the late 16th century, and for two weeks before she was beheaded at Fotheringhay Castle she was held captive on the grounds of Tixall Hall.

Today, the Gatehouse is all that remains of Tixall Hall. It does allow a glimpse back to this period in history when a monarch was kept here against her will. The imposing Gatehouse contains stunning archways, and its faceless, handless clock in one of the turrets continues to strike the hour. A rooftop terrace provides magnificent views, and residents may even catch glimpses of the ghosts that are said to haunt Tixall. 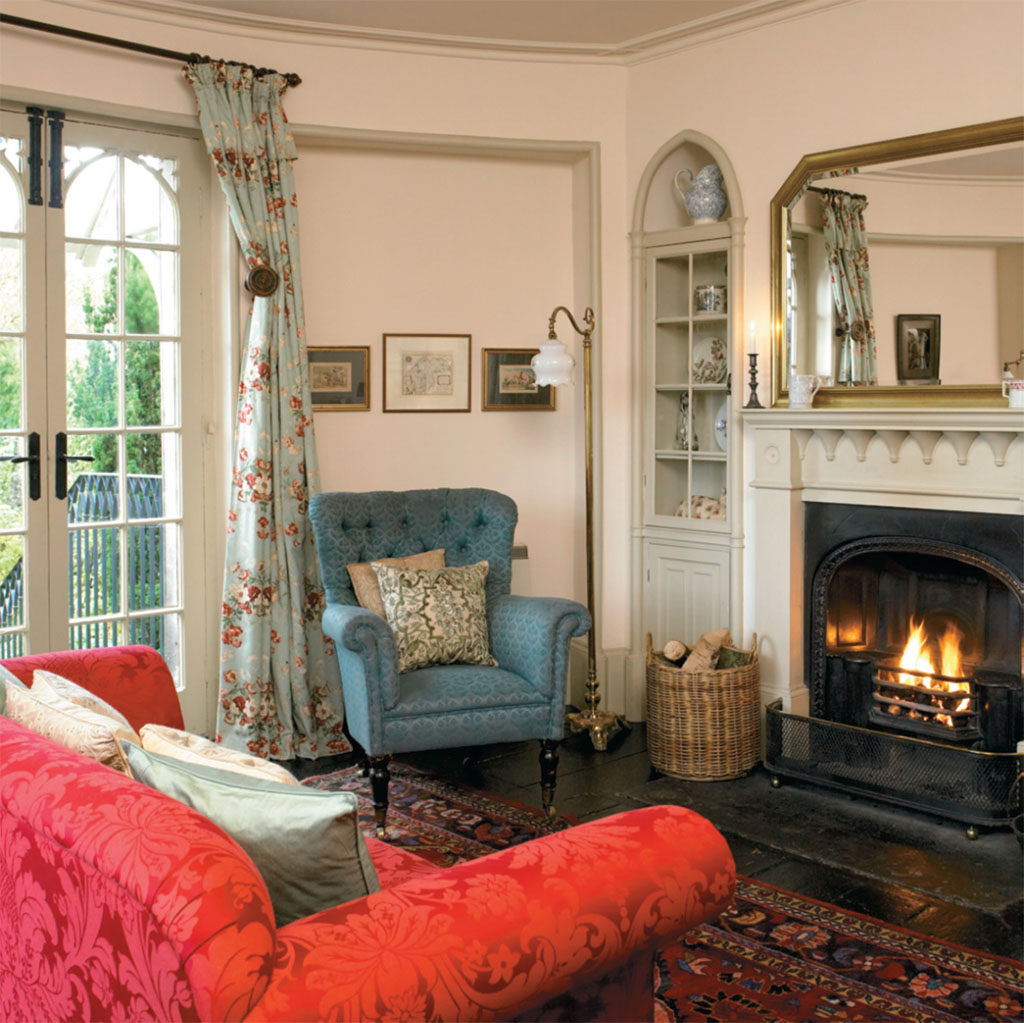 The taxi from the nearby train station left us near the Norman church of St. Mary. We walked through the churchyard to reach lovely 19th-century Church Brow Cottage with its arched windows and garden. This part of the Lake District shares the area’s outstanding beauty, but not its hordes of tourists.

From the windows of Church Brow Cottage the beautiful, sweeping views across the River Lune are the same that inspired the poet Wordsworth to write about this very area in his Guide to the Lakes in 1810 and J.M.W. Turner to immortalize it in watercolors painted in 1818. John Ruskin, the Victorian art critic and social thinker, also wrote about the view now known as Ruskin’s View— the same one seen from the Cottage’s windows. Just footsteps away, the center of Kirkby Lonsdale quietly bustles with restaurants and quaint shops and is a delightful example of a historic English market town.