Hidden Charms in the East Midlands 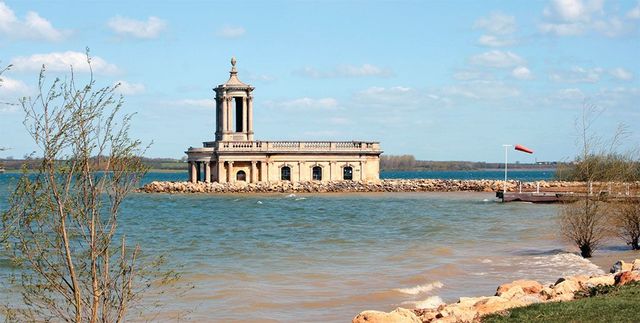 By road or rail, most visitors heading north from London aim straight for York and the delights of Yorkshire, or beyond to the Scottish capital of Edinburgh—worthy destinations both

Only a small percentage pauses to see anything in the gentle heart-of-England countryside known as the East Midlands. Here is a lovely road trip of manageable distances that reveals just some of the hidden treasures only a few hours from London.

Day 1: On the Great North Road

For centuries, the main thoroughfare connecting London and the Scottish capital of Edinburgh was known simply as the Great North Road. Today, it’s known as the A1. Head north from the M25 on the old road and go exploring. You might visit the Shuttleworth Collection of vintage aircraft at Biddleswade, but do plan a stop in the old cathedral city of Peterborough. Head right for Peterborough Cathedral and the lovely pedestrian precinct of the old city center. Burial place of queens, and Europe’s largest wooden-roof nave, the cathedral is a treasure. For heritage railway fans, the Nene Valley Railway is another neighborhood classic.

Our destination for the first two nights is the market town of Stamford—known as the prettiest stone town in England, and famous for its coaching inns. The George is a classic of the genre, but there are several great choices. Get to Stamford early enough to explore the streets and the great old churches of the town center.

On the outskirts of Stamford, pay a morning visit to Burghley House, home of the Cecil family since the days of Elizabeth I. Besides being one of the great stately homes of Britain, Burghley is renowned for its world-class gardens. This afternoon take an excursion into nearby Rutland, England’s smallest county, and drive around beautiful Rutland Water, Britain’s largest man-made lake.

Stop to explore the county town of Oakham and do visit the internationally famous Rutland Water Nature Reserve running along nine miles of the lake’s western shoreline. Rutland’s most famous landmark, the Normanton Church Museum, is another great visit—telling the story of Rutland Water’s creation and impact on local history. If there’s time, you might drive on up through gorgeous farmland to Melton Mowbray for one of their famous pork pies and a bit of Stilton cheese where it’s made.

Day 3: The Road to Lincoln

Dawdle north on the Great North Road toward Grantham. You might detour to visit historic Grimsthorpe Castle—even to rent a bike and ride around its 3,000-acre park. Grantham itself was home to Isaac Newton and Margaret Thatcher. You can be surrounded by a lot of history-taking lunch at the Angel & Royal. Carry on to Newark, where you may pause to wander the ruins of Newark Castle or explore the historic working waterfront of the River Trent.

From Newark, take the A46 to the ancient cathedral city of Lincoln. There are plenty of places to stay in the modern city. At the top of the hill, however, sit the precincts of Lincoln Castle and Lincoln Cathedral—the heart of the medieval city. Stay in the shadows of the cathedral at the White Hart or the Lincoln Hotel, or seek nearby accommodation with the help of the friendly folk at the Tourist Information Centre in the cobbled square adjacent to the cathedral. 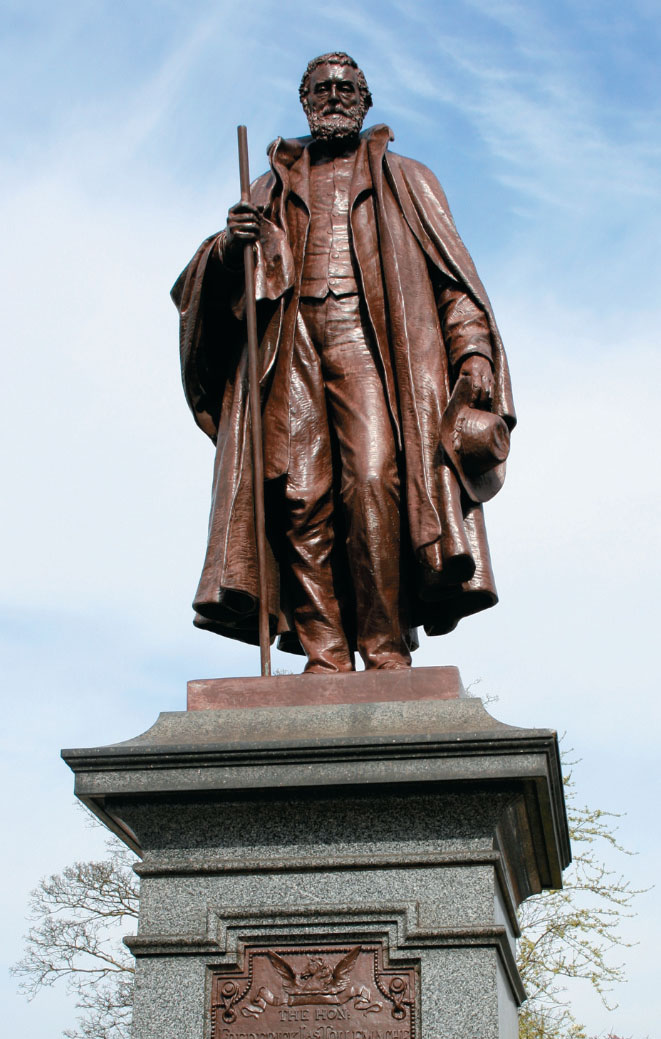 Day 4: Lincoln from the Romans to Today

Plan to take the day in historic Lincoln. The place to start is Lincoln Cathedral—the third-largest cathedral in Britain. Over the 300 years of its building, it adopted several different architectural styles—but the result is stunning. Across the courtyard, Lincoln Castle has been there since the 11th century. Catch its story in “Stone By Stone” just a few pages on.

Then, just around the corner from the castle is the Museum of Lincolnshire Life. This eclectic free museum combines the trades and lifestyles of rural life, local history, transport, the exploits of the Lincolnshire regiment and more. There are pubs, cafes and tearooms galore in the upper town. Or take cobbled (and aptly named) Steep Hill to the Usher Gallery of Art or the market and the modern shopping district down near the River Witham. You might finish the afternoon with choral evensong at 5:15 in Lincoln Cathedral—an ethereal experience. 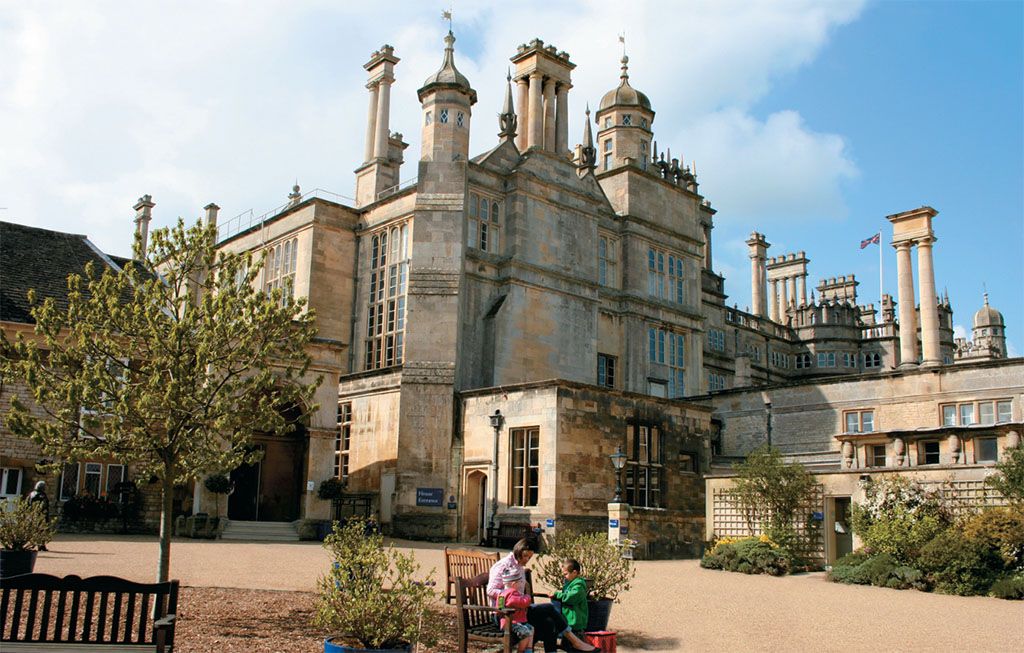 There are several tempting day trips from Lincoln. In season, you might drive across the rolling Lincolnshire Wolds to the coast and stop along the North Sea at Skegness and the Gilbraltar Point Nature Reserve. Hang around the beach and seaside attractions, or drive along the coast for a ways. Boston is another worthy destination, either on its own or combined with a Skegness visit. See the famed Boston Stump, St. Botolph’s Church, where Puritan pastor John Cotton inspired the immigration to Massachusetts Bay in 1630. Across the broad market square, the Guildhall local history museum still has the jail cells where the Pilgrim Fathers were imprisoned in 1607.

Another great day trip from Lincoln, and certainly a shorter one, heads west on the A52 to Retford. You might visit the villages of Babworth, Bawtry and Scrooby, where the Pilgrim congregation formed. There’s still a plaque on Scrooby Manor, where the dissenting church met at the home of William Brewster. You might have lunch at the Pilgrim Fathers pub, where the whole story is explained. Then, turn east on the A631 to Gainsborough and a visit to Gainsborough Old Hall, where the Separatist church met before leaving England for the Netherlands in 1608. It’s an easy return to Lincoln on the A156.

Day 6: Wherever the Road Winds

If time permits, by all means, take another day exploring Lincolnshire. If you must return to London or the airport, a morning’s drive will have you there straight down the A1. With more days to enjoy, you might head west to explore the Peak District National Park of Derbyshire, or north to the magnificent small city of York. As always, there are worthy destinations in every corner of our green and pleasant land.