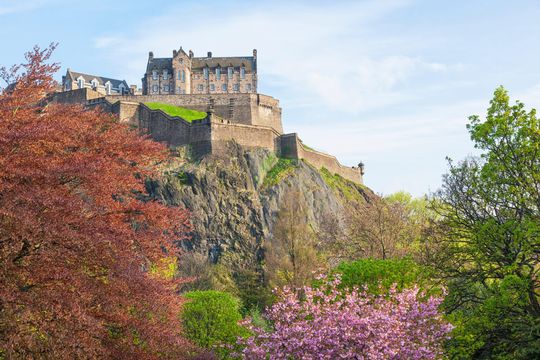 Welcome to Edinburgh, Auld Reekie, the Athens of the North, the seat of Scottish culture and center of its history for the past 600 years.

A city truly unlike anywhere else. Out of all the cities in Great Britain, Edinburgh stands apart. Scotland’s capital city does not really look or feel like the contemporary world capital it is.

Like Rome, the city was built on seven hills. With that caveat, Edinburgh is a very walkable city. Its charm for visitors lies in a relatively compact area for the city’s size. And visitors it gets aplenty, entertaining some 4 million guests a year.

It takes more time to see Edinburgh than visitors generally can afford to give the city. With most folks just having a day (or two or three) to spend, seeing the essential, feeling its soul and making the most of Edinburgh means one thing: Location, location, location.

Read more: Visiting Scotland - ten places you have to see

There is no elevator from the hotel’s ground floor entrance, sandwiched between two shops and the reception areas above. Room 114 occupies the third-floor corner, overlooking the central boulevard and principal shopping street of the city, but just above its noise. From the cozy bow window alcove, it looks out over the valley of the Princes Street Gardens to Castle Rock and the impregnable walls of Edinburgh Castle.

Across the street from the front window of Room 114 stands the Scott Monument, raised in 1844, and at 200-feet high, it’s the second-largest monument to a literary figure in the world.

It honors Sir Walter Scott, not only Scotland’s preeminent historical novelist but a hero of its culture. Scott’s imprint lies throughout the city: Waverley Station (after his Waverley novels), as well as the hotel name and the Abbotsford pub just around the corner (after his baronial Border’s home) are just the beginning. The influential writer, however, is far from the only figure memorialized by monument; Edinburgh is a city of statues and columns remembering Scottish and British military and cultural heroes: Dr. Livingstone, David Hume, and Adam Smith, the Duke of Wellington and Lord Nelson. 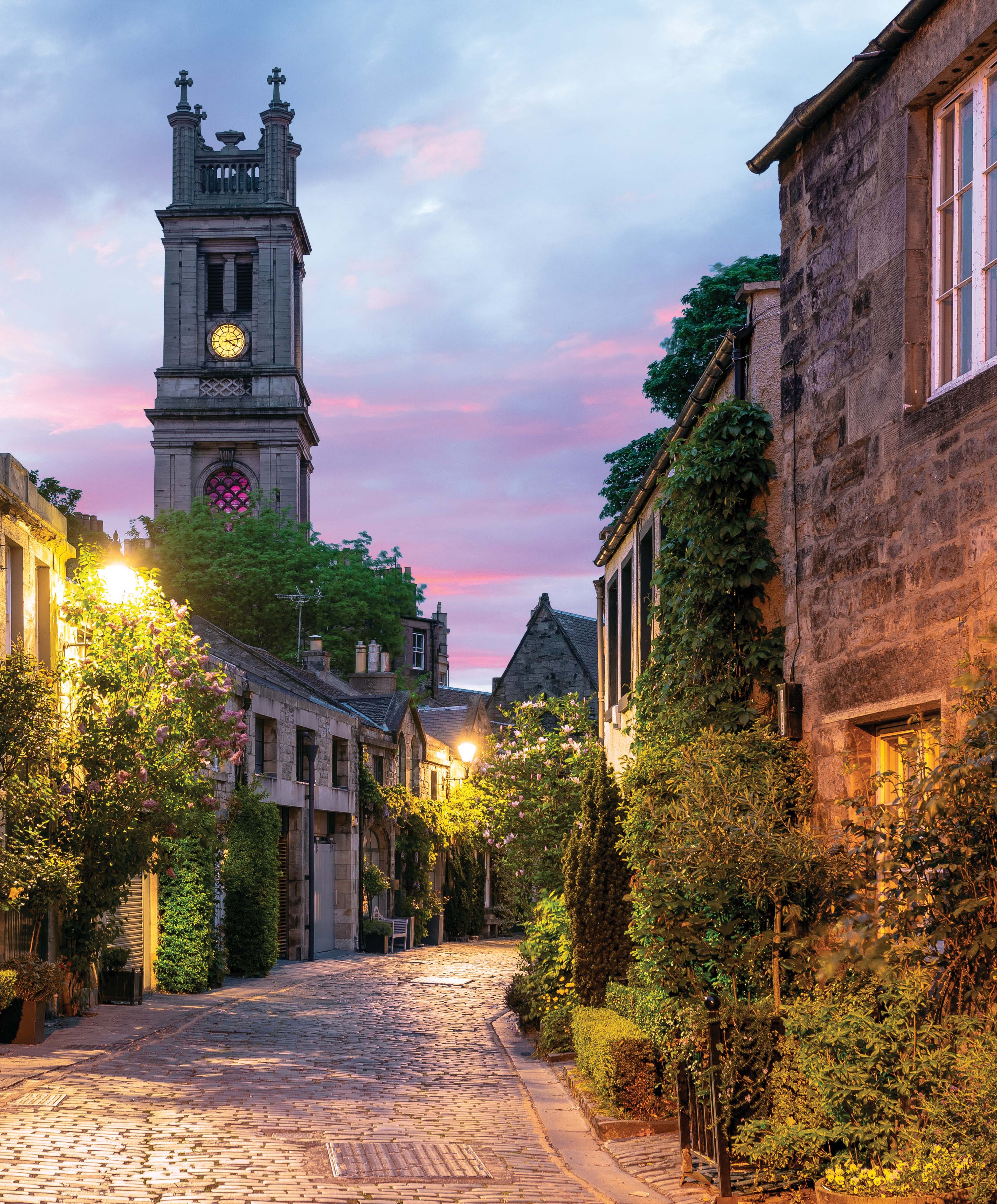 Princes Street itself runs only five long blocks, its pavements always bustling with local shoppers and tourists. Edinburgh’s central tram line runs down the middle and every city and regional bus line must converge on this street (count a dozen or 15 in view at any time during the busiest hours).

The Princes Street Gardens evolved when the “Nor’ Loch” below the Old Town was drained in the 18th century for the building of the planned Georgian New Town. The extensive civic gardens run from the Scott Monument the length of the street with broad lawns, immaculate flower beds concert stage, and a scattering of vendors providing refreshments. The middle, what is known as The Mound, holds the elegant classical buildings of the Scottish National Gallery and the Scottish Academy of Art and Architecture.

Read more: The Royal Family in Scotland in 1955

From Room 114’s bowed window, across St. David Street, Jenners has been Edinburgh’s major department store for generations. While Jenners shows its posh face to Princes Street, its back doors open onto Rose Street. A cobbled, pedestrian alley running the long blocks of Princes Street, Rose Street is a concentration of eateries and pubs of all descriptions, from classically Victorian to contemporary chic and cheery. When there’s a party to be had in Edinburgh, Rose Street is party central.

Beyond Scott’s memorial, the gardens, and the rail lines, the silhouette of the Old Town leans downhill from the castle. It shrugs its irregular, dark back to the valley and faces the Royal Mile, many of its ancient buildings still blackened with the coal smoke that gave the city its Auld Reekie nickname.

There’s no easy stroll to get by foot from Princes Street to the Old Town and that castle fortress seen from the window. It’s a climb, however, that can be minimized by cutting through Waverley Station with its escalators and lifts. Then, it’s steep pavement or long Cockburn Steps up to the cobbled Royal Mile.

Somehow, it is always from the top of Castle Rock that visitors start their descent of the Royal Mile, which changes its street name several times along the way. The broad esplanade of Edinburgh Castle affords spectacular views over Princes Street Gardens and the New Town below. Past Calton Hill and its monuments, Leith, Edinburgh’s historic harbor spreads into the Firth of Forth. The decommissioned Royal Yacht Britannia sits moored in drydock, justly one of the city’s most popular attractions.

The foundations of Edinburgh Castle began in the early 1100s. There have been many alterations over the centuries but the walls that encompass St. Margaret’s Chapel, built by King David I, in 1130, make it the oldest building in Edinburgh. The castle complex also contains the Scottish National War Memorial and the Scottish crown jewels and regalia, known as the Honours of Scotland. Still an active-duty military post, the castle holds the regimental museums of the Royal Scots Dragoon Guards and the Scots Greys. The One O’Clock Gun is still fired every day as it has been since 1861, now using a 105mm field gun.

From the castle esplanade, it’s all downhill. Both sides of the cobbled, largely pedestrian old high street are lined with buildings of many styles and centuries dating back 500 years.

Crowds are omnipresent except in the darkest few months. There are enough attractions, museums, pubs, and tourist shops to take several days to exhaust. The Camera Obscura, the World of Whisky, and the Witchery and that’s just in the first block.

There must be a hundred shops selling Scottish woolens and kit: cashmere scarves, lamb’s wool sweaters, full tartan kilt outfits, and Walkers shortbread. And almost as many purveyors of hundreds of malt whiskies, both shops and pubs. Buskers in full kilt ensemble play the bagpipes and other instruments and sometimes sing Scottish songs to the sky.

You might visit Gladstone’s Land, one of the oldest buildings on the Royal Mile, now in the care of the National Trust for Scotland. Dating from the 1600s, the narrow townhouse is furnished as an affluent city merchant would have lived in the 17th century, with original Renaissance painted ceilings. Tuck your head down any of the narrow alleys called closes, where most of the inhabitants for centuries lived in dim, crowded tenements hidden around courtyards from the light of the Royal Mile.

Deacon Brodie’s Tavern stands nearby, named for the man who became fictionalized by Robert Lewis Stevenson as Dr. Jekyll and Mr. Hyde. Just down Lady Stair’s Close, The Writer’s Museum recounts the life stories and works of Stevenson, Scott, and Robert Burns, three of Scotland’s most beloved writers. A monument in the front courtyard honors the nation’s great literary figures.

Roughly midpoint down the hill, St. Giles Cathedral was only briefly a cathedral but has been the High Kirk of Edinburgh since the Reformation. In the late 1500s, its minister at the time, Presbyterian Reformer John Knox, used its bully pulpit to chastise the unfortunate and naïve Mary, Queen of Scots just down the street at Holyrood Palace. Its Thistle Chapel is the ceremonial home of the Order of the Thistle, Scotland’s highest order of chivalry.

The lower stretch of the Royal Mile is known as Canongate. In close order, you can visit John Knox’s House and The People’s Story at the Canongate Tolbooth, recounting Auld Reekie’s social past. The city’s colourful history is unpacked at the Museum of Edinburgh across the street. Among the stories it tells is the true tale of Greyfriars Bobby, the Skye terrier that stood watch over his master’s grave for 14 years in nearby Greyfriars Churchyard where the loyal dog is honored with a statue.

At the base of the Royal Mile sits the ceremonial and historic seat of Edinburgh’s past, the Palace of Holyroodhouse and the ruins of its attendant abbey surrounded by gardens.

Across a fountain-filled piazza gleams the modern new home of the Scottish Parliament, looking somewhat out of place for its surroundings. As it has been since the 1500s, Holyrood Palace is still the official residence of the monarch in Scotland. Every June Her Majesty pays a week’s official visit. Above parliament and the palace looms the extinct volcano called Arthur’s Seat. Walkers climb its grassy slope for unrivalled views over the cityscape and the Forth to the north.

Back at Room 114, it might be time for a cup of tea and shortbread in the alcove and to watch the world go by on Princes Street. Edinburgh’s iridescent story goes on: The Botanic Gardens, the Forth Bridges, Edinburgh University, the Scottish National Portrait Gallery, Grassmarket, performance venues, and cuisines from around the world. But they might have to wait for another day. 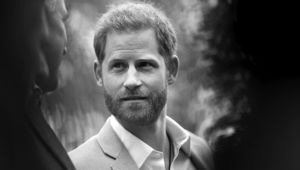