The River Medway: The river of Kent or Kentish river? 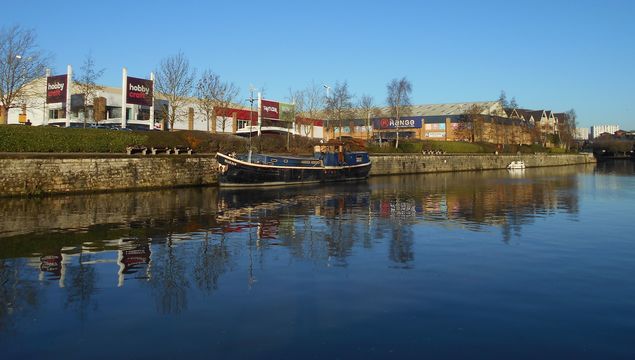 There are many rivers in the world that serve as borders. Surprisingly the Medway, in the middle of Kent, is one of them. Man of Kent or Kentish Man — which are you?

Just 70 miles in length from its river-head at Turners Hill in West Sussex to its mouth on the Thames estuary, the River Medway manages to fit in more than its fair share of history, leisure, tourism and landscape to please all users and visitors to its banks.

However, the peaceful surface of the waterway serves as an unlikely border between the two halves of Kent. Folk born and raised in the county ask one major question: Man of Kent or a Kentish Man? In one of those academic and pointless arguments, the English so love, much is made of the side of the River Medway on which you were born.

An argument that began around AD 515, it is said that if you originate south and east of the river, you are a Man of Kent. Come into the world west of the Medway, you are a Kentish man. Whatever lineage you claim, you tell tales to set yourself apart from those on the other side of the Medway.

In the year after William of Normandy landed at Hastings, it is said that the Men of Kent showed their fighting spirit by warding off the Conqueror. They won a peace settlement from the new king allowing them certain traditional rights. The Kentish Men simply ran away.

This story, almost a millennium old, is contradicted by a monument in the churchyard of St. Peter and St. Paul’s Church, Swanscombe, which suggests men from both sides of the Medway fought off William. It is claimed the county motto Invicta originated from this tale.

The plaque reads: “Near this spot in 1067, by tradition, the Men of Kent and the Kentish Men, carrying boughs on their shoulders and swords in their hands, met the invader William Duke of Normandy. They offered peace if he would grant their ancient rights and liberties, otherwise war and that most deadly. Their request was granted, and from that day the motto of Kent has been Invicta—unconquered.” 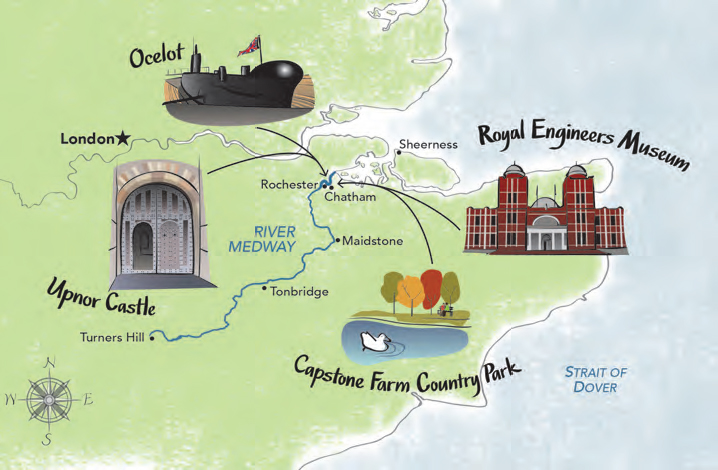 From the mouth of the river between the Isle of Grain and Sheerness, the River Medway offers many opportunities for leisure. Angling, boating, canoeing, sculling, rowing, even diving are all possible in the river. Along the bank, bird watching, painting water scenes, photography are popular many places such as Teston Lock and Yalding’s town bridge, crossing the Medway tributary Beult. The 450-foot stone bridge was constructed in the 1400s, probably on the site of an old wooden structure. This bridge is the longest surviving medieval bridge in Kent.

Along the River Medway, many attractions and historical buildings are linked to the boating clubs, marinas, and boatyards that offer visiting craft a safe haven.

There is no shortage of maritime and military heritage and history in Medway. Highlights include the Royal Engineers Museum at Gillingham, Upnor Castle and Fort Amherst, Britain’s largest Napoleonic Fortress. Medway also has a wide variety of leisure attractions. A visit to the rural parts of Medway such as Capstone Farm Country Park, one of Medway’s finest green spaces, offers wonderful venues for walking, running, cycling and more.

British maritime history really comes alive at the Historic Dockyard Chatham—the world’s most complete dockyard from the “age of sail.” Visitors are invited to step aboard the three historic warships and discover more than a century of life at sea. The Victorian Naval sloop HMS Gannet, World War II destroyer HMS Cavalier and Cold War submarine Ocelot are on display. “Explore Steam, Steel, and Submarines” tells the story of the 19th and 20th-century dockyard. The quarter-mile-long Ropery has been making rope for Britain’s ships since 1618. 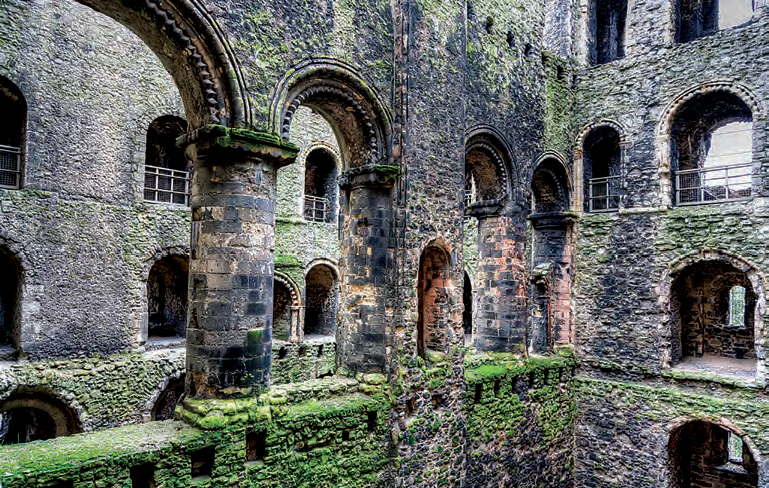 With England’s most complete surviving Norman keep intact, Rochester Castle was begun in 1087.

For those who want to mess about with boats, look out for the Edith May, a fully restored iconic Thames sailing barge built in 1906 and re-launched in 2010. She now carries passengers in her cargo hold instead of grain. Departing from Chatham Maritime, opposite Upnor Castle, 1-hour, 3-hour or full-day excursions are available with a range of catering options. Limited to 12 passengers per trip, it is an intimate experience where you can learn about the history of the Medway and even help crew this most historic of vessels.

For those who love castles, there is Rochester Castle, which towers over the River Medway, dominating the skyline together with its inseparable twin the magnificent Rochester Cathedral. The Castle’s keep measures 113 feet and is regarded by scholars as one of the finest examples of Norman architecture in England. The castle is on the footprint of the Roman fort that guarded the bridge the legions marched over from Portus Dubris, the present-day Dover. 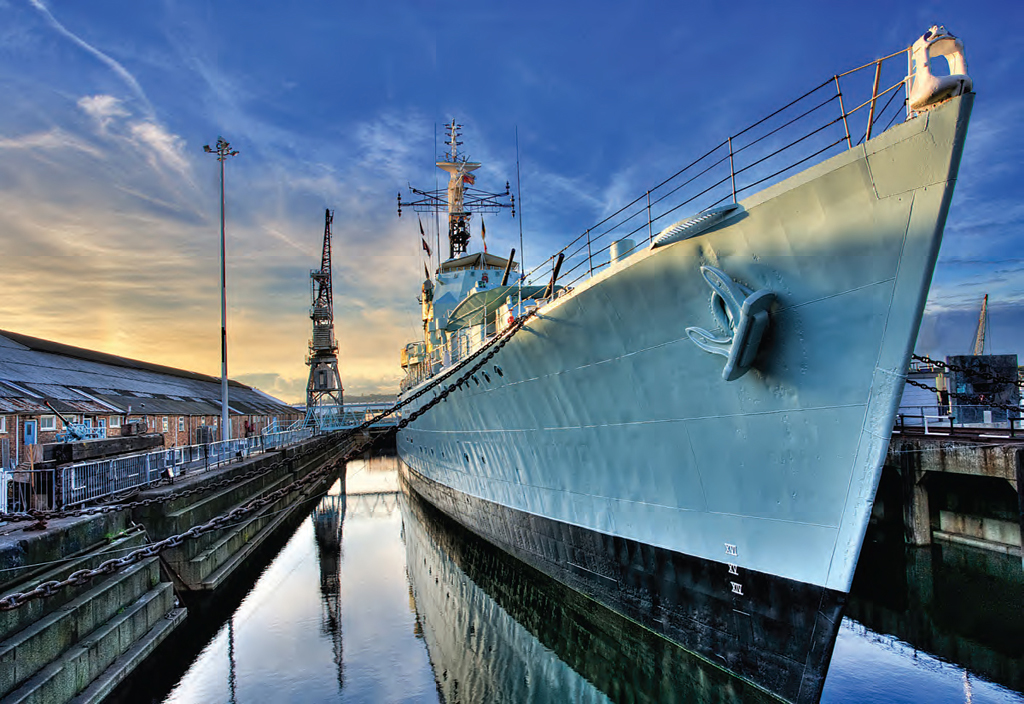 Construction started in 1087, utilizing what remained of the original Roman city walls. The castle was subjected to siege three times and in 1215 partly demolished by King John. Today, visitors can see the rebuilt round tower, contrasting with the square towers of the original Norman castle. There is a model in the castle’s chapel showing the 14th-century castle.

No author is more associated with the River Medway than Charles Dickens. Though not native to Kent, his family established a link with the area when they moved to a small house in Chatham. Along the High Street, many buildings carry plaques that detail how the writer incorporated these properties in his work.

Dickens’ Discovery Rooms in the Guildhall Museum, Rochester show the author’s life, times and work. Dickens World in Chatham Maritime is a 90-minute interactive guided tour experience that takes visitors back in time to Victorian England that Charles Dickens knew and wrote about in his novels and short stories. Dickens World is only open Saturday and Sunday, 10-5:30. There are 12 tours daily, every half hour from 10, with the last tour for the day at 3:30. The tours require pre-booking.

Raid on the Medway 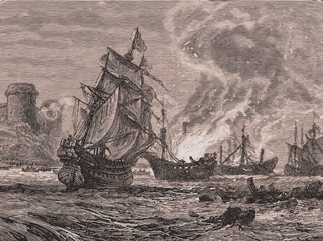 Just under 350 years ago, a successful Dutch attack on the largest English naval ships, laid up in the dockyards of Chatham, took place in June 1667 during the Second Anglo-Dutch War. The “‘Raid on the Medway” saw the Dutch navy bombard and then capture Sheerness, sail up the River Thames to Gravesend, then up the River Medway to Chatham, where they burned three capital ships and 10 lesser naval vessels and towed away the Unity and the Royal Charles, flagship of the English fleet.

The raid led to a quick end to the war, and a favorable peace for the Dutch. It was one of the worst defeats in the Royal Navy’s history. The raid was a serious blow to the reputation of the English crown.

In March 2012, the transom of the Royal Charles was transported to England on board a Dutch naval ship, accompanied by crown prince Willem-Alexander, for display at the National Maritime Museum in Greenwich as part of an exhibition to mark the Diamond Jubilee of Elizabeth II.