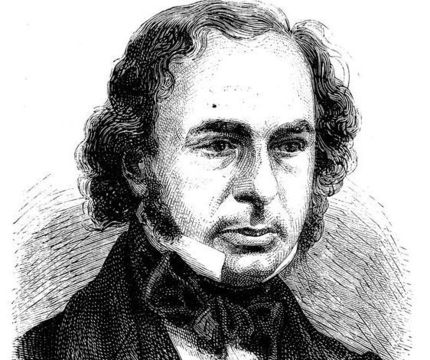 From the Clifton Suspension Bridge to the Great Western Railway and then the "Atmospheric Caper". Here's what really happened.

'We do not take Isambard Kingdom Brunel for either a rogue or a fool but an enthusiast, blinded by the light of his own genius, an engineering knight-errant, always on the lookout for
magic caves to be penetrated and enchanted rivers to be crossed, never so happy as when engaged regardless of cost' inconquering some, to ordinary mortals, impossibility."

Isambard Kingdom Brunel, the great Victorian engineering genius, had already made quite a name for himself by 1844. The Clifton Suspension Bridge was then being built to his design. The Great Western Railway was running smoothly, and Brunel could count Queen Victoria herself among the passengers who had ridden on the rail line. His wooden paddle steamer, also called Great Western, plied the waters between Bristol and New York, and his second great steamship, the iron-hulled Great Britain, had just been launched.

But engineering genius is no guarantee against an occasional lapse of sound judgment, and as 1844 neared its end, Brunel was about to make one of the biggest of his blunders. In September of that year, Samuel Clegg and Jacob Samuda had demonstrated a new approach to rail transportation on the short-line, single-track Dalkey & Kingstown Railway in Ireland.

Clegg and Samuda's railway operated without locomotives, using air pressure instead to push freight cars along the rails. The new design incorporated a piston housed in an air-tight pipe lying between the rails. Steam engines housed in buildings alongside the track pumped the air out of the section of pipe in front of the piston, and the pressure of the air behind it pushed the piston forward through the pipe. The piston was attached to the floor of the lead railway car by means of a metal plate that projected through a slot at the top of the pipe. This slot presented the railway's designers with their greatest engineering challenge. To maintain a vacuum in front of the piston, the slot had to be sealed, but in a way that would still allow the piston plate to pass easily along it. A rubber seal would have been ideal, but such a thing did not yet exist in 1844, so Clegg and Samuda used a flap of leather treated with tallow.

The new 'Atmospheric Railway' achieved a speed of 28 miles per hour and seemed to be capable of steeper gradients than a conventional locomotive could handle. In all, it seemed -- to Brunel at least -- like a very favourable system.

Rail transportation was still a new-fangled idea to most common folk, and not everyone liked the idea of noisy, dirty locomotives steaming their way through the English countryside on a regular basis. Farmers especially worried that sparks from steam locomotives might set fire to hayricks or frighten their animals. The Atmospheric Railway, on the other hand, could operate virtually silently and run without smoke-belching, spark-spewing locomotives. Most appealing to Brunel, though, was the Atmospheric Railway's anticipated ability to climb steep grades -- exactly the sort of terrain he was facing along the route of his planned South Devon Railway.

Not everyone shared Brunel's enthusiastic embrace of the new concept. His friendly rival Robert Stephenson called it "a great humbug" that might perhaps be made to work on very short lines, but not a major trunk line.

Upon hearing how impressed Brunel was with the Atmospheric Railway, the engineer Daniel Gooch wrote: "I do not understand how Mr. Brunel could be so misled. He had so much faith in his being able to improve it that he shut his eyes to the consequences of failure."

Brunel had been doubted before. The great Thomas Telford had said that his Clifton Suspension Bridge would never stand, but eight years into the project, the design was proving to be sound. So when others cautioned that the Atmospheric Railway was not really the wave of the future, Brunel remained unconcerned and determined to use the atmospheric system for his South Devon line.

The ongoing track record of the Dalkey & Kingstown Railway should have given him cause for second thoughts, had he not been so enamoured of the atmospheric system that he was beyond objective reasoning. The prototype that inspired him broke down seven times in its first 11 months of operation, closing the entire line for a full day on each occasion.

Brunel, though, noted that "No locomotive line that I have been connected with has been equally free from accidents." And he rashly told the South Devon Railway's board of directors, "I have no hesitation in taking upon myself the full and entire responsibility for recommending the adoption of the atmospheric system on the South Devon Railway and of recommending as a consequence that the line and works be constructed for a single line only."

The board was not so easily satisfied and called for an inquiry into the details of Brunel's plan. The engineer responded to more than 300 questions, often admitting that he hadn't solved all the design questions, but assuring the directors that he would.

As Brunel pushed ahead with his ambitious 52-mile line, another short-line Atmospheric Railway had begun operating in January 1846 -- the Croyden Railway. Brunel told the directors that the experience gleaned from watching this new line would help him to refine his own scheme, but the first thing he learned was that the Croyden Railway employed a larger vacuum pipe than he had anticipated. Accordingly, he scrapped all the pipe he had already fabricated and ordered it to be replaced with the larger size, taking, in the process, a large bite out of the savings he had claimed he would realize by choosing the atmospheric system over a conventional line.

If there was anything else to be learned from the Croyden line, it was a decidedly negative lesson. While tests of the atmospheric system yielded encouraging results, the long-term operation proved very maintenance intensive. The leather seal over the slot in the vacuum pipe caused endless headaches. The leather tended to dry out and become brittle, and when this happened the pipe could not be kept air-tight. The tallow used to keep the leather soft and pliant attracted rats, which nibbled on the seals and did even greater damage. Passengers on the Croyden line often had to push the cars over the track rather than ride in them.

The track-side pumping stations used to create a vacuum inside the pipe caused additional problems. In order for the trains to run properly, air had to be pumped out of each section of pipe before the train arrived, then allowed back in after the train had passed. But it took several minutes of pumping to create the vacuum, and the stations were not connected by telegraph, so the slightest deviation from a set schedule would bring the system to a halt.

Before Brunel could satisfactorily address these problems, service on the South Devon Railway began in May 1846 -- using steam locomotives until the atmospheric vacuum tube was completed. More than a year passed before tests of the atmospheric system were scheduled, and several more months before regular service began. Then, within weeks the leather seals on the vacuum pipe began to deteriorate, as they had on the Croyden line.

Brunel even then remained outwardly confident, declaring that "Notwithstanding numerous difficulties, I think we are in a fair way shortly of overcoming the mechanical defects and of bringing the whole apparatus into regular and efficient, practical working...."

There seems to have been no real basis for this forecast, however, and by this time even Brunel must have grown desperate as he recognized a failure in the making.

An army of labourers was put to work lubricating and repairing the worn leather seals, but the expense involved put the line into the red, whereas it had earned a tidy sum while it was being worked by steam locomotives.

In August of 1848, the last proponent of the Atmospheric Railway finally admitted what had already seemed painfully clear to others, writing, "I cannot consider the result of our experience...such as to induce one to recommend the extension of the system."

Indeed, after the loss of roughly £500,000, the South Devon Railway was converted back into a conventional locomotive railway line. The great 'Atmospheric Caper' was over.

This article was written by Bruce Heydt and originally appeared in the May 2004 issue of British Heritage.