Perhaps Churchill was right; this was their finest hour. World War II was fought as much in Britain itself as on foreign fields. Though the generation is passing for whom the war was a living memory, its impact on Great Britain and the evocative reminders of life and death through those years lives on.

In Remembrance of Margaret Thatcher

“WATCHING THE FUNERAL, finding it hard not to feel we are today somehow burying England,” tweeted British journalist Melanie Phillips. “We will do well to honor Margaret Thatcher appropriately. She saved Britain,” noted Prime Minister David Cameron in the House of Commons following Lady Thatcher’s passing. While there are plenty of people who vehemently take issue that Maggie Thatcher, the Iron Lady, saved Britain, there is certainly no question that she changed it, and changed it more markedly than any politician in more than a century. Whether you loved her or hated her for the policies she successfully championed during her 11 years as prime minister, Margaret Thatcher was important. I was in the York Visitors Centre when word spread of Margaret Thatcher’s death. For some reason it was one of those indelible moments—like remembering where you were when JFK was assassinated or on the morning of 9/11. The rest of that cold April day in York memories flooded back to me of those years in the ’80s when the Iron Lady was very much in charge and trod mightily for Britain on the world stage. I was there in 1982, when Argentina launched its occupation of the Falkland Islands. Without hesitation, Thatcher took the country to an unlikely war to protect its sovereignty and the freedom of British citizens on a set of rocky islands 12,000 miles from the British mainland. She persevered, and the British military and people rose to the occasion in true British fashion. She gave the country something to cheer about and justly express national pride.

Cabmens’ Shelters and a Bird on My Head

Merrily We Froze Along

The Sea Cliffs of the North York Moors

To Market, To Market

London on the Move: Getting About the City Like a Native 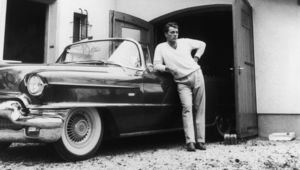 Richard Burton: The Voice of Wales

A boy from the Welsh Valleys who did good, Richard Burton may have been known as the Voice of Wales, but he never forgot where he came from

Mind the History at Kenilworth

[caption id="TheRoyalOperaHouse_img1" align="aligncenter" width="1024"] Opening to Bow Street and the cobbled squares of Covent Garden, the Royal Opera House has been a London landmark since 1858.[/caption] 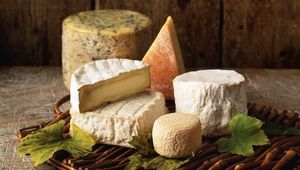 Cheese anyone? Join us as we take a look at what makes English cheese so special.