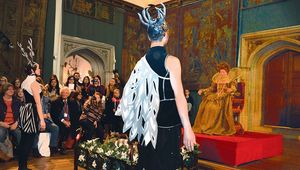 Around Town: Christmas in London

Christmas has been celebrated in Merry England for more than a thousand years. Some customs melt back even further to pagan traditions. At a time of year when twilight falls mid-afternoon and frost hovers on the breath, the joy of nighttime sparkle, mulled wine, music and entertainment is as welcome to a modern, city-hardened Londoner as any rustic medieval reveler. 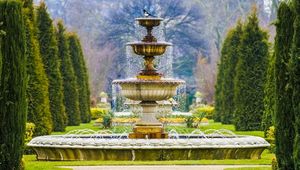 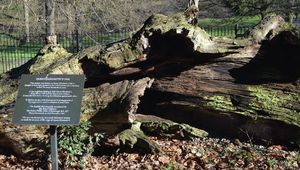 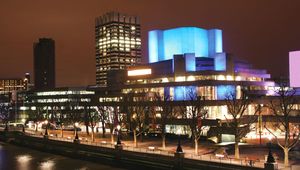 Around Town: Take a Walk on the South Side

The south side of London’s river has historically played second fiddle to its sophisticated northern counterpart, always pampered with patronage, transport and money. Years of regeneration projects and downright lack of space, however, have slowly chipped away at the South Bank’s shabby image, and it has finally found its place in the sun. To walk from Tower Bridge to Putney would take the best part of a day, and that’s without stopping off to enjoy the sights you’re passing. Just as no one sensible would lump the City in with Westminster, Embankment and Chelsea, so Tower Bridge, London Bridge, Bankside, the South Bank and beyond are all destinations in their own right. London’s south side warrants several visits. Since medieval times, “south of the river” was the place Londoners went for fun, a legendary no-man’s land cab drivers refused to visit. The theaters, bearbaiting and brothels of Shakespeare’s day, the notorious Vauxhall Pleasure Gardens of the 18th century and the famous 1951 Festival of Britain, built on a bomb site, all promised escape. The festival’s site now forms the epicenter of a modern London pleasure zone. The Royal Festival Hall was, as the name suggests, built for the expo. It’s an extraordinary piece of postwar architecture, well worth enjoying. It has recently been renovated, stripped back to its original modernist lines. The hall hosts classical, contemporary and high-class pop events, and is a real treat to visit. It has a varied foyer program and a rather nice restaurant, the Skylon (named for the sadly lost centerpiece of the festival) boasting great food and an even better view of Westminster, the Embankment and the Thames. Its younger, quirkier sister, the Queen Elizabeth Hall, is sadly closed for muchneeded renovation until 2018, but her roof garden, which softens the Brutalist architecture, is still open and worth a (free) visit. Another love-it-or-hate-it Brutalist masterpiece, the National Theatre, is most definitely open for business. A sprawling labyrinth of cast concrete, it’s actually much softer than it first appears, and the choice of productions in its three main spaces is wide, challenging and usually excellent. Backstage tours are available, but I’ve never been on one. The entire complex may be reached via the Thames Path, which at this point is a wide promenade, with fairy lights in the plane trees and dozens of eateries of varying quality. Skateboarders have been whizzing round the undercroft below the buildings since the 1970s. If you’re walking across the delightful Hungerford Bridge, do look down at the southernmost pier at their secret skateboard graveyard. Each broken board has its own memorial, lovingly posted online. Run the sculpture-garden gauntlet of living statues in the walk up to the London Eye, still one of my top picks for any visit to the capital. On a clear day (or night), there really is something special about this most touristy of landmarks. Even I love being a tourist sometimes. Unless you have children with you, another tourist mecca, the former County Hall, is probably not one for the must-do list. It houses attractions such as the London Dungeon, Sea Life London Aquarium and Dreamworks’ Shrek’s Adventure, all squarely aimed at the family market. As you pass under Waterloo Bridge, however, a large market of second-hand book stalls makes for entertaining browsing, after which you might enjoy a coffee in the lobby of the British Film Institute or visit one of their four cinemas, always showing something offbeat. If you prefer your screens big, the massive, cylindrical IMAX cinema fills the entirety of Waterloo roundabout, now cloaked in tumbling Virginia creeper; it is rather beautiful to behold. Coming out of the underpass the other side allows one of the best (and only) ways to experience the grand, Art Nouveau entrance of Waterloo station, obscured from most angles by later construction. There are some curious things to see in the station itself, as there are in any London terminus, and I often nip up to the modern mezzanine to enjoy a coffee in Benugo, a decent chain, overlooking the bustle below. The former Eurostar line to Paris (now removed to St. Pancras) is being redesignated as a local line, so is currently under wraps. Behind the station, Waterloo turns into a different beast. Traditionally rather scruffy, the Cut is a funny little street full of curious, single-interest shops, though these are, like the rest of the capital, one by one, being swallowed and turned swanky. A lovely survivor, I Knit London describes itself as a “sanctuary for knitters,” and it is, indeed, more like a club than a store. It’s certainly the only yarn shop I know of that boasts a licensed bar. At the end of the Cut, in Westminster Bridge Road, a rather dull entranceway labeled Westminster Bridge House is worth scouting out for sheer novelty value. Looking up, you’ll see a grand Victorian edifice, the sole remnant of the Necropolis Railway—a railway for the dead. Well-to-do Londoners would bury their loved ones in the leafy, suburban Brookwood cemetery, traveling by train with the coffin. The railway was bombed in World War II and never rebuilt. 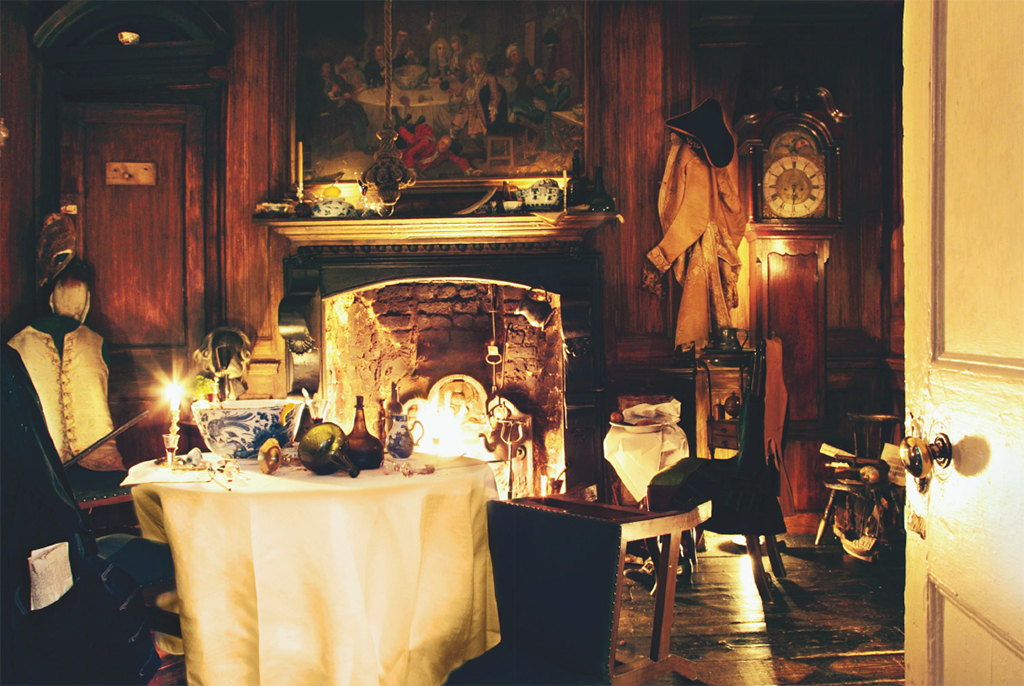 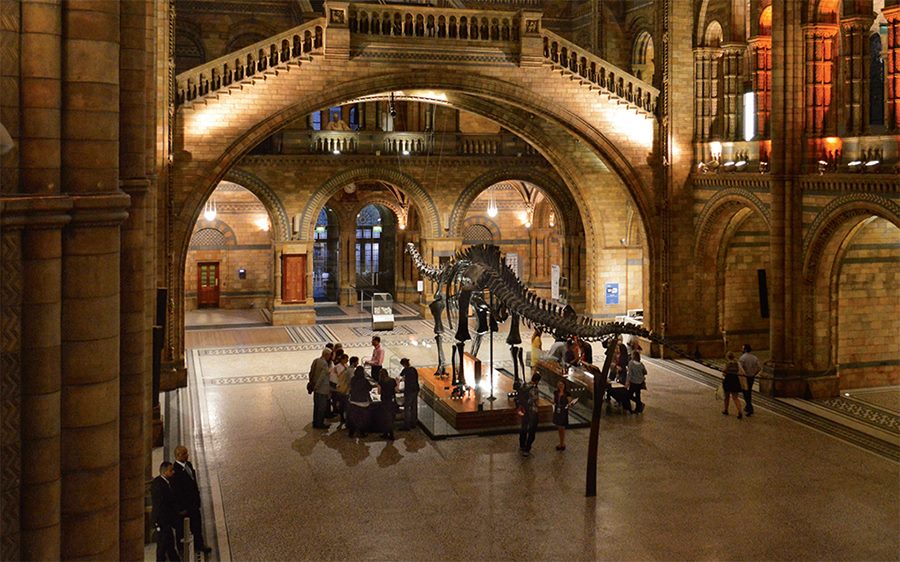 Around Town with Sandra Lawrence 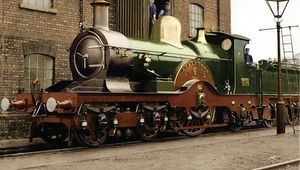 Singing at Wiltons, a New Take on Mikado and Darwin’s Down 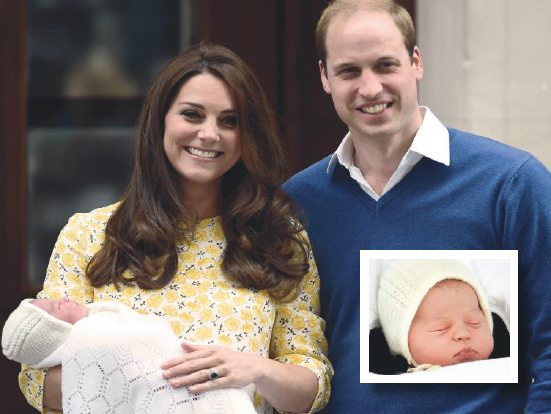 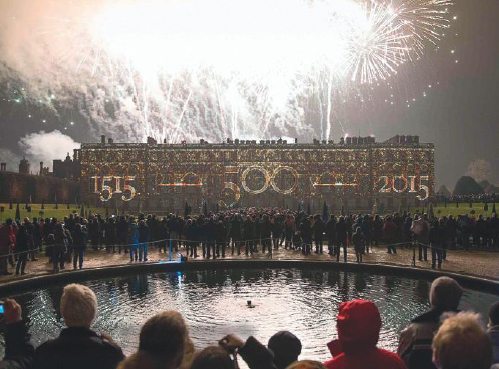 [caption id="EastLoandonaCornucopiaofUndiscoveredWonders_Feature" align="aligncenter" width="510"] The Geffrye Almhouses, a short stroll from Liverpool Street Station, depict the interior of the same room as it would have looked from the 1600s to the 1980s. Here, shown as in 1780, and below in 1880.[/caption]

Watts About Town, Fresh Baked Camembert and a Colorful Carousel

WHEN I SNUCK AROUND unfinished Rainham Hall last year, I promised to report back when the National Trust’s latest London property finally opened to the public. It’s taken nearly 70 years and £2.5 million, but it’s been worth the wait. The Hall was built for a wealthy Georgian sea merchant, but it didn’t stay in the family long. Instead, this exquisite gem passed from tenant to tenant with no fixed owner, which was its saving grace in many ways. Over the years it saw only cosmetic changes, unlike many similar houses that underwent massive structural alteration. The house retains its perfect Queen Anne proportions and virtually all of it is now open to the public. It has been conserved, rather than restored, including in some places, some rather strange additions, such as 1980s rag-rolling and fanciful gilding applied by a 1920s art historian. The “shabby chic” interior contrasts beautifully with the picture-perfect dolls-house outside. The house has been lived in by an eccentric cast of more than 50 individuals, including an 18th-century Methodist preacher, a 19th-century cycling enthusiast vicar and a 20th-century Vogue editor. There will be a rolling exhibition about each of them in turn. 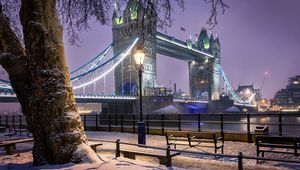 Think you should only visit London during the summer? Think again. Visiting London in winter brings its own rewards 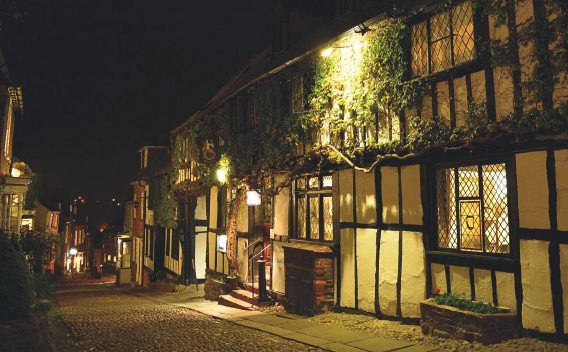 A Pocketful of Rye 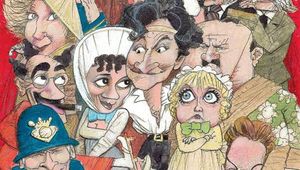